Af-Flux : biennale transnationale noire aims to honour the diversity of Black identities and to shed light on the issues affecting Afrodescendant artists by means of their cultures and creations. In line with the Museum’s mission of inclusion and fuelled by a desire to celebrate artistic expressions from all cultural communities, the MMFA will present a series of performances and lectures on October 29 and 30, and November 6 and 7 given by Zab Maboungou and Kama La Mackerel. Iris Amizlev, the curator responsible for the presentation of these events at the MMFA, sat down for a conversation with the two artists. 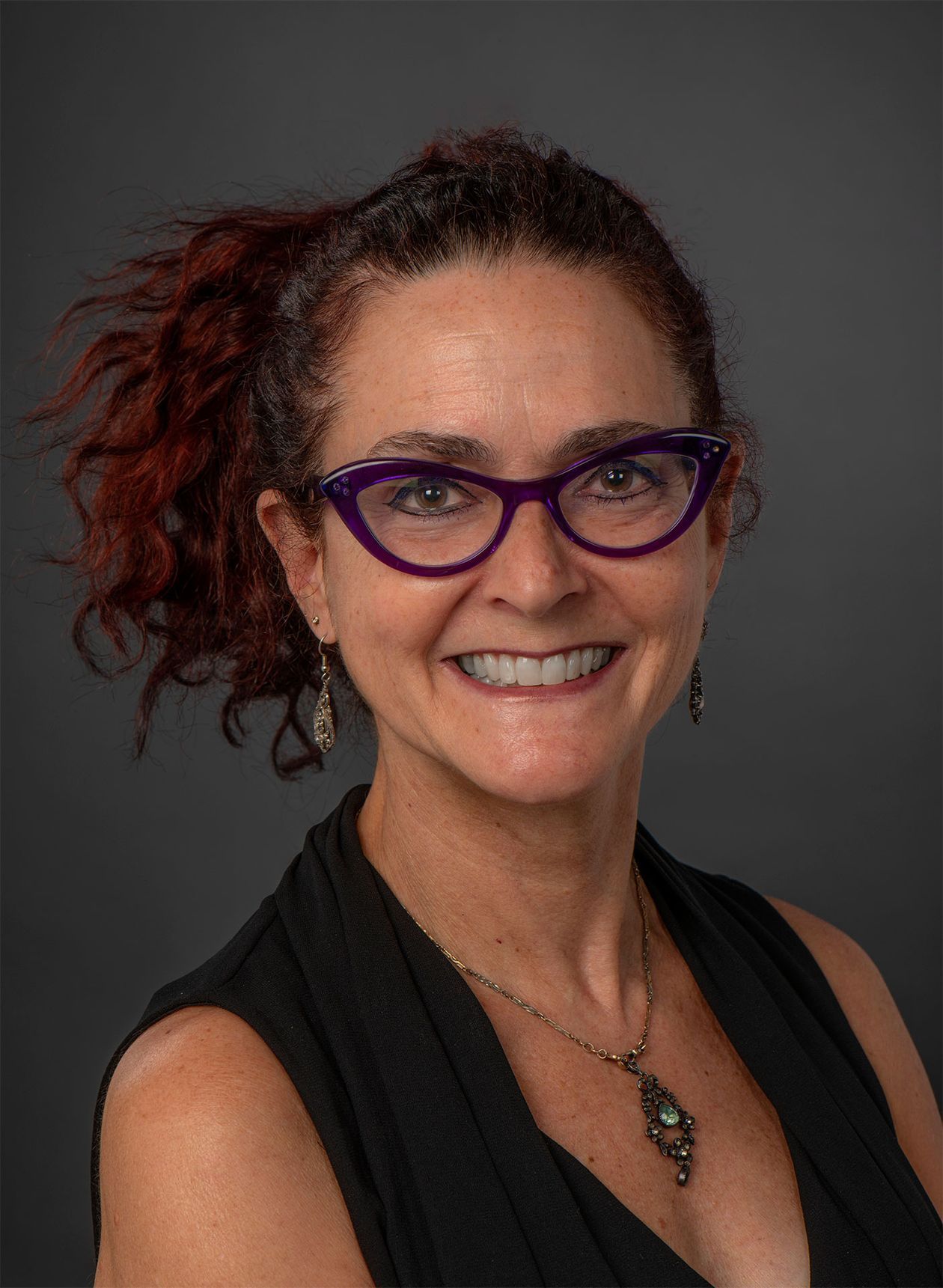 Map out all your abstractions while I move into the world.

Born in France and raised in the Republic of the Congo, Zab Maboungou is a Montreal-based pioneer of dance in Canada with an impressive list of distinctions, including being named Companion of the Ordre des arts et des lettres du Québec as well as winning the Governor General’s Performing Arts Award for Lifetime Artistic Achievement and the Award for Cultural Diversity in Dance presented by the Conseil des arts de Montréal. Maboungou’s immersion in traditional dance and music as well as in the new urban culture of post-independence during her childhood in Congo (Brazzaville) was formative in what would become a lifelong commitment to dance training and dance creation. As founder and Artistic Director of the dance company Nyata Nyata (meaning stomp your feet in Lingala, the Bantu-based language spoken in the two Congos), her performances and teachings have made known the vitality, contemporaneity and musicality of what has been broadly termed “African dance.” Throughout her over three-decades-long career – that extends to philosophy, writing and poetry – Maboungou has made an outstanding international contribution to the understanding, appreciation and development of contemporary dance. 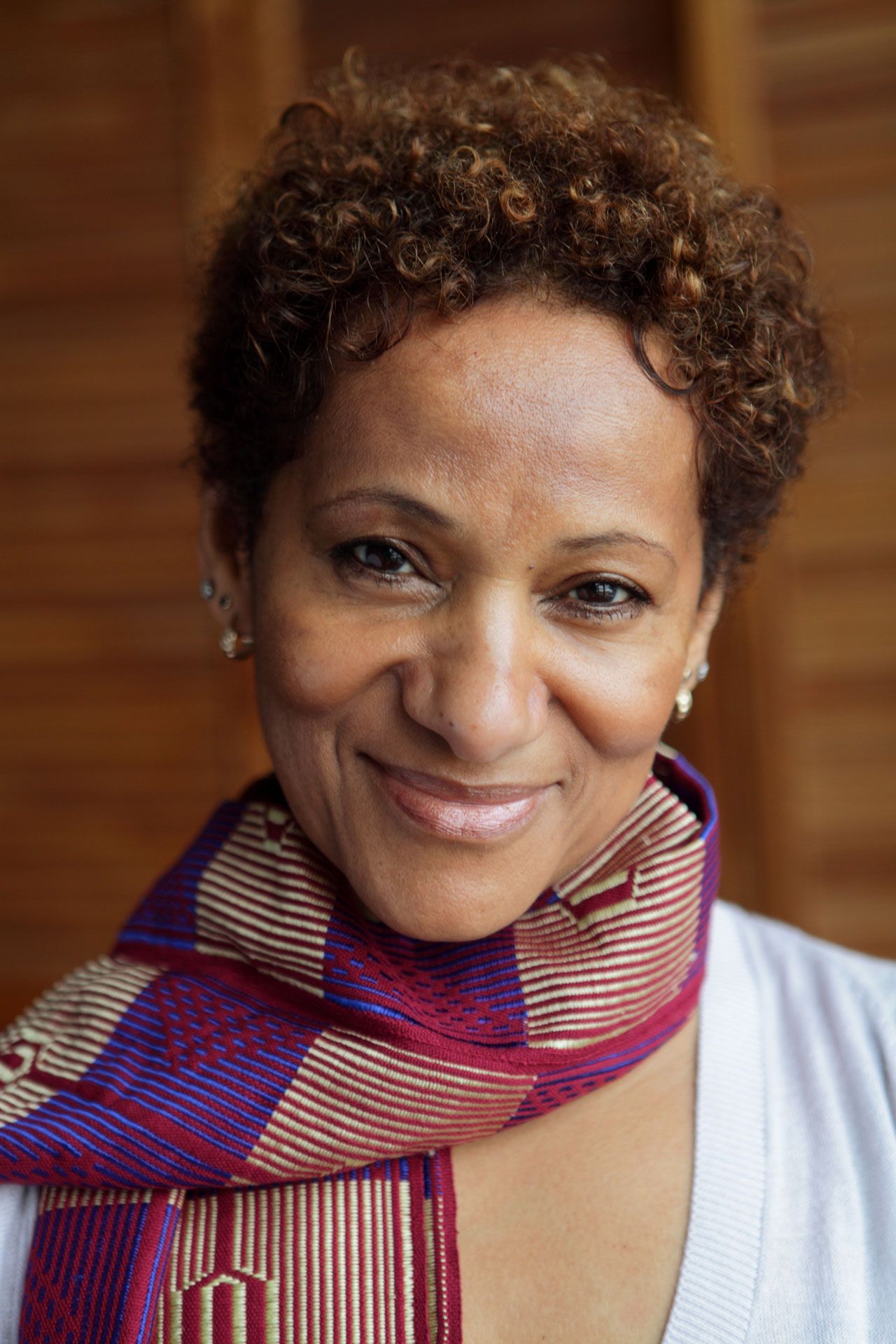 Tell me about your beginnings in Montreal.

I arrived from France full of energy. The first thing I did was to set about defining myself conceptually and artistically. The cultural institutions at the time only showcased Western classical and modern dance. I opened a dance studio, because as an immigrant, you don’t wait, you move.

Having live music accompany your performances is your trademark. Your musicians are as much a part of the work as the dancers are. How did the public react to this at first?

The drum was – and still is – perceived as anti-contemporary. I was breaking the mould. At the start, I had no choice but to perform solo in order to present my works. I wanted to incite people to question their expectations of a contemporary narrative in dance.

Your innovations in dance are revolutionary, but people didn’t understand your art form. Your dance and choreography were misconstrued – some labelled them as neither contemporary nor African. Tell us more.

Algorithms were developed long ago in Africa in which the drum composes the tempo, narrates the space and resonance, the physical and mental dimensions. I developed an approach to movement called LOKETO, which signifies a marriage between the notions of principle and technique. It aims to manifest the rhythms of the physical and mental aspects that drive human movement. In that sense, all my works can be presented as poetic.

Maboungou will perform a new work Mover at the Museum as part of Af-Flux that is a reflection on movement and frontiers and asks the question, “Can we move about freely?”. Compagnie Danse Nyata Nyata describes the piece as follows:

“The works of choreographer and performer Zab Maboungou encompass the manifesto as well as the ceremonial. In Mover, oblique and frontal gestures intermingle, confounding sense and direction. This vigilant and measured agitation applied to movement radiates a sense of an open, undefined space. The motifs, the testimonial gestures that arise reveal an undeniable truth: that of our conscience.”

By Nyata Nyata, performed by Karla Etienne and Marie-Denise Bettez.

By Nyata Nyata, performed by Zab Maboungou with Bruno Martinez on the drum.

With Zab Maboungou and Léna Blou. Moderated by Eddy Firmin.

Kama La Mackerel (they/them) is an award-winning Mauritian-Canadian multidisciplinary artist, educator, writer, curator and literary translator who lives in Montreal. Winner of the 2020 Canada Council for the Arts’ Joseph S. Stauffer Prize in Visual Arts, they also received accolades for their debut poetry collection, ZOM-FAM (meaning “man-woman,” or transgender, in Mauritian Creole), including being named a CBC Best Book of Poetry and a Globe and Mail Best Debut, and shortlisted for the QWF’s Concordia University First Book Prize and the Writers’ Trust of Canada’s Dayne Ogilvie Prize for LGBTQ2S+ Emerging Writers. Trained in contemporary dance and physical theatre, La Mackerel holds a bachelor of arts in Literature and Cultural Studies from the University of Pune, India, and a master of arts in Theory, Culture and Politics from Trent University, Canada. Their artistic practice, both personal and political, spans a broad range of disciplines to probe spiritual and ancestral forces in their pursuit of in-between spaces and expressions, as well as hybrid states of being. 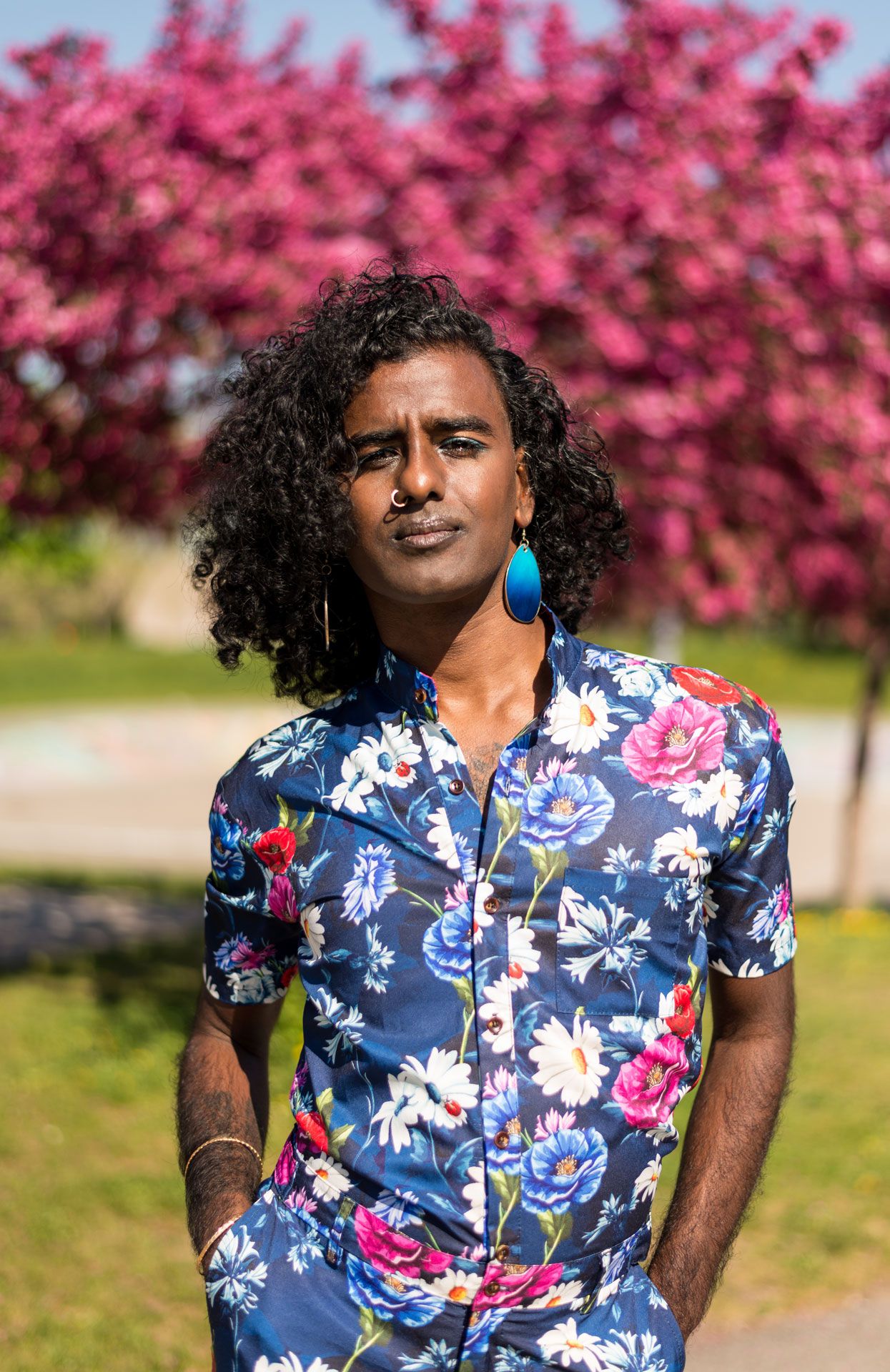 Le Morne: sekinn ekrir pa efase is a new creation that you will be unveiling at the Museum. What inspired this work?

Le Morne is a mountain on the southwestern tip of the island of Mauritius that was a refuge for runaway slaves, called Maroons, in the 19th century. Upon the abolition of slavery in 1835, a delegation of British soldiers was dispatched to inform the Maroons of their emancipation. Believing that the army was actually there to recapture them, many of the former slaves climbed to the summit of the mountain and leapt to their deaths. Mass suicide as an act of resistance to slavery was fairly widespread, extending to the West Indies, among other places. In the early 2000s, after Mauritius declared the anniversary of the abolition of slavery a public holiday, Le Morne – a testimony to the Maroons and resistance – became an important site of commemoration. In 2008, UNESCO declared it a World Heritage Site. I grew up in the 80s and 90s knowing the story of Le Morne – I had learned about it in school and, to a certain extent, it was part of the collective imagination of Creoles, or descendants of slaves. This story had stayed with me since childhood as something deeply haunting, both in terms of the mountain – its materiality, physicality, weight and body – as well as what I carried within my own body as a descendant of slaves. For years, I felt this mountain like a ghost, nudging me. I’ve always known that this nagging “thing that had to be done” would materialize someday, but I didn’t know how or in what form. I thought that maybe I would write a book about it one day. When I was invited to perform at the MMFA, there was an immediate connection, a jolt in my body and spirit telling me that this was the right moment. I think I needed to be ready to develop this work, and now it feels like everything has fallen into alignment.

You will weave ritual, chant, poetry and movement in this poignant presentation that embodies what you describe as “the exploration of justice, love, healing, decoloniality and self- and collective empowerment.” Can you give us a sense of what it will be?

In this performance, I continue my body of work that seeks to honour and give voice to the dead. The questions I’m asking are, “Where in the island’s body can we find the bones of the ancestors?”, “Where in the whispers of the mountains can we hear their cries?” Working with the figure of the mountain, as basalt, rock and volcanic form – like the island itself – I use Le Morne’s geography and history to anchor my textual and performative representation of the agency of Maroons. I will activate the figure of the mountain and the figure of the slave through rituals, movement and trilingual poetry in English, French and Mauritian Creole. The notion of haunting in my previous work has related to journeys across oceans and the people who have drowned or been lost at sea. Le Morne: sekinn ekrir pa efase will mark the closure of the ocean chapter in my practice and the beginning of a meditation on rock, basalt, the performer’s body and the island’s body as volcanic forms, each of which carry geological and ancestral narratives.

Af-Flux is a new biennial produced by Art Mûr gallery. Running from September 11 to December 11, 2021, its premiere edition, titled Bossalle World, is curated by Eddy Firmin. Originally from the French Caribbean (Guadeloupe), this artist-researcher now lives and works in Montreal and Halifax. In his works, he questions the transcultural logics of his identity and the balance of forces at play in it. Aimed at highlighting the work of Canadian and international artists of African descent, the biennial comprises a rich program of exhibitions, performances and events held at various venues in Montreal and Quebec City.