Prints and Drawings from Five Centuries

“The Museum’s role is to help people understand the present and to learn about their neighbours.”
– Dr. Sean B. Murphy

It was with great sadness that the Museum learned of the passing of Dr. Sean B. Murphy last March. Sean devoted so many years to the Museum in a great many distinguished capacities. He joined the Membership Committee in 1959, became a Trustee in 1965 and served as Museum President from 1968 until 1978. Until just a few years ago, he also chaired various Museum acquisition committees. A highly esteemed, nationally recognized ophthalmologist, and a member of the Order of Canada, to those who knew him, Sean was above all a gentleman. His support of the Museum included generous donations, close to 150 works, many of them works on paper. Although Sean loved prints and was an active collector of both European Old Master and modern European, American and Canadian prints, he maintained a particular enthusiasm for drawing throughout his life. Reflecting his encouragement to others to take up pencil, chalk or watercolour in Dare to Draw, his book on amateur drawing published in 2008, he could often be seen in our galleries executing quick sketches. During his travels, which ranged from Métis-sur-Mer to Venice, he always had a sketchbook at hand.

To pay tribute to this extraordinary man and his great generosity, it is most fitting that we should mount an exhibition of a selection of works on paper he donated to the Museum. The works exhibited range from the sixteenth to the late twentieth century, from Italy and Britain to the United States and Canada: among the Italians are fine Canalettos (ill. 4) and works by Giovanni Battista Piranesi and Giuseppe Bernardino Bison (ill. 10); from Britain, there are extraordinary drawings (and bronzes) by Henry Moore (ill. 7), prints by Stanley William Hayter and Lynn Chadwick, and a lovely Paul Nash watercolour; twentieth-century American print masters represented include George Wesley Bellows (ill. 6), Stow Wegenroth, Martin Lewis and Reginald Marsh; and Canadian masters Alfred Pellan (ill. 5), Jean-Paul Riopelle, Jean McEwen and Christopher Pratt. Other international modernists include Pablo Picasso (ill. 2), Rufino Tamayo, Marino Marini and Claes Oldenburg. The exhibition also features works by Sean’s two artist parents, the Canadian Cecil Buller (ill. 8) and the American John Murphy, as well as some of his own sketches.

Sean’s vision extended well into the future, and he established a fund in his mother’s name for the acquisition of prints. When he withdrew from his Museum duties, his many friends established the Dr. Sean B. Murphy Fund for the acquisition of works on paper. Furthering Sean’s legacy at the Museum, these funds have made it possible to acquire many masterworks, including an early rare print after Hieronymus Bosch, an engraving by Hendrick Goudt, the first Ludovico Carracci to enter the collection and a touching hand-coloured woodcut depicting a portion of the Lord’s Prayer by the German Expressionist Max Pechstein (ill. 9).

An exhibition organized by the Montreal Museum of Fine Arts. 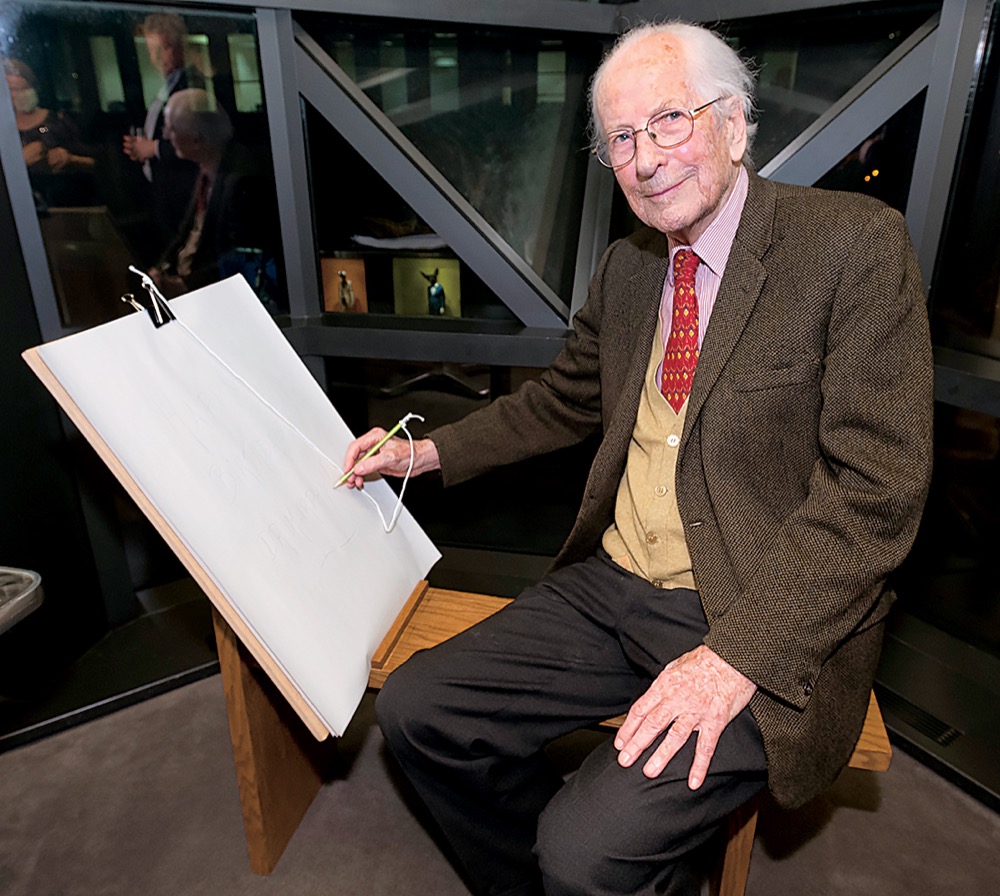 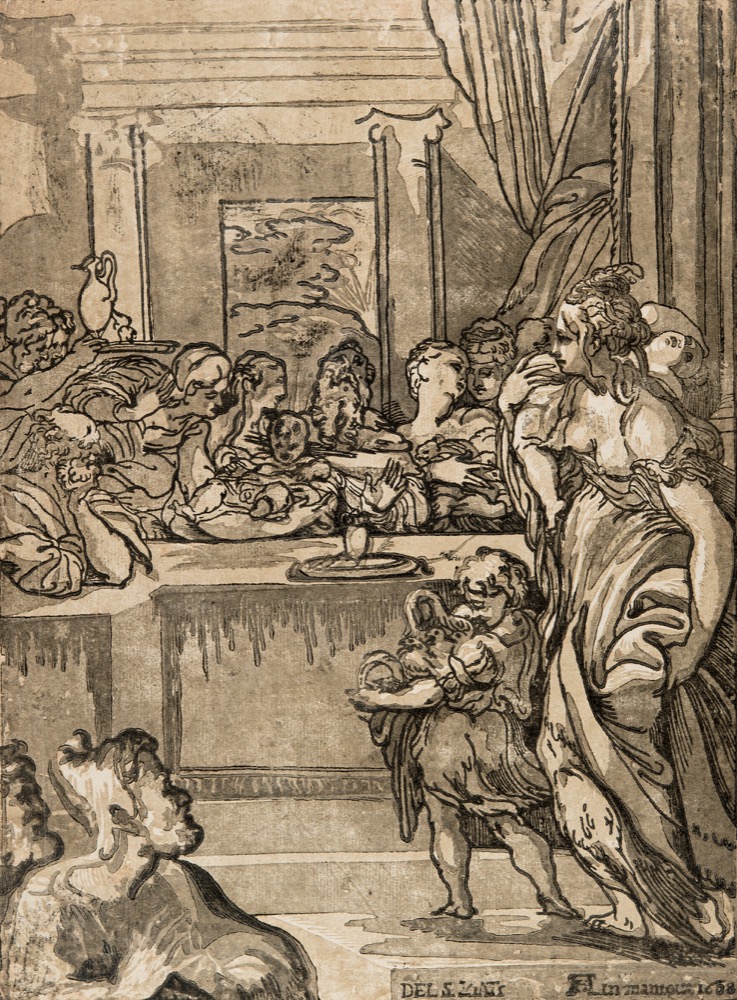 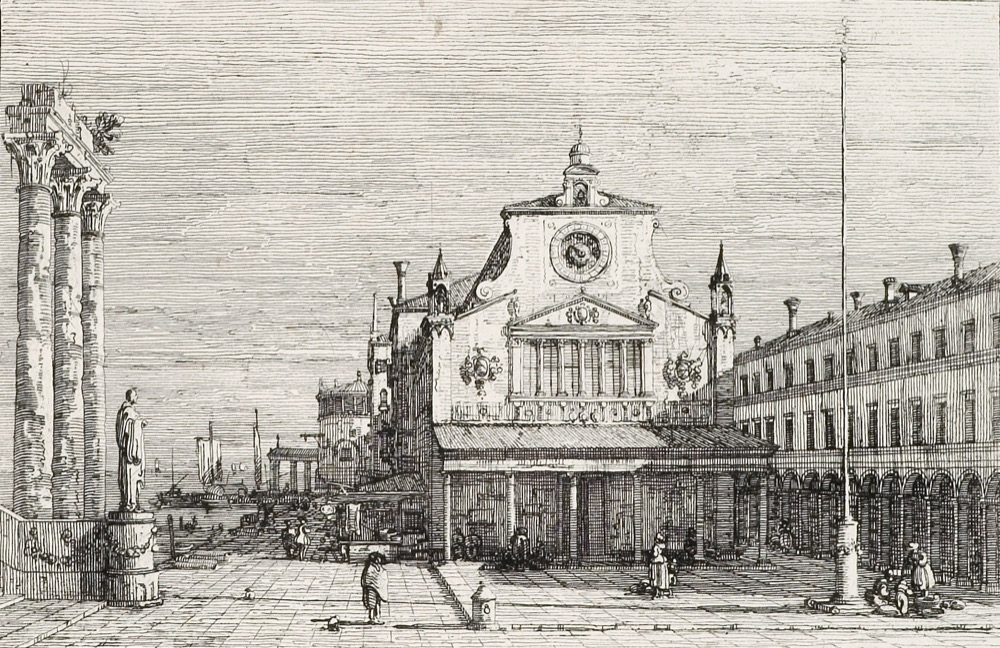 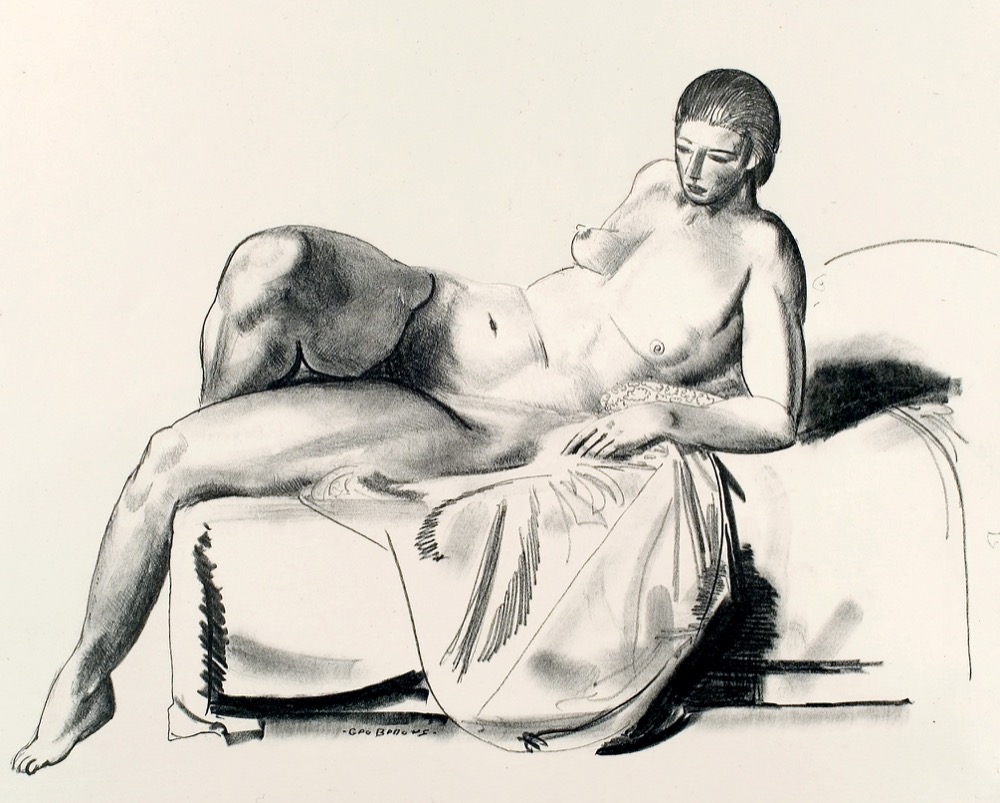 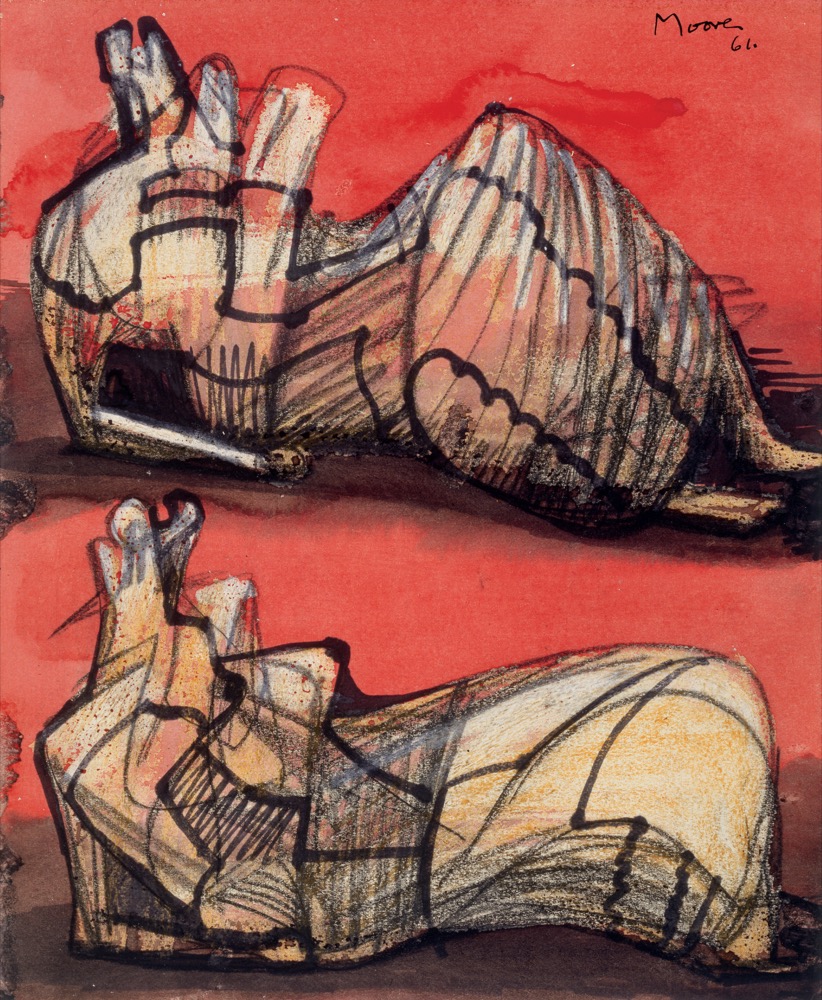 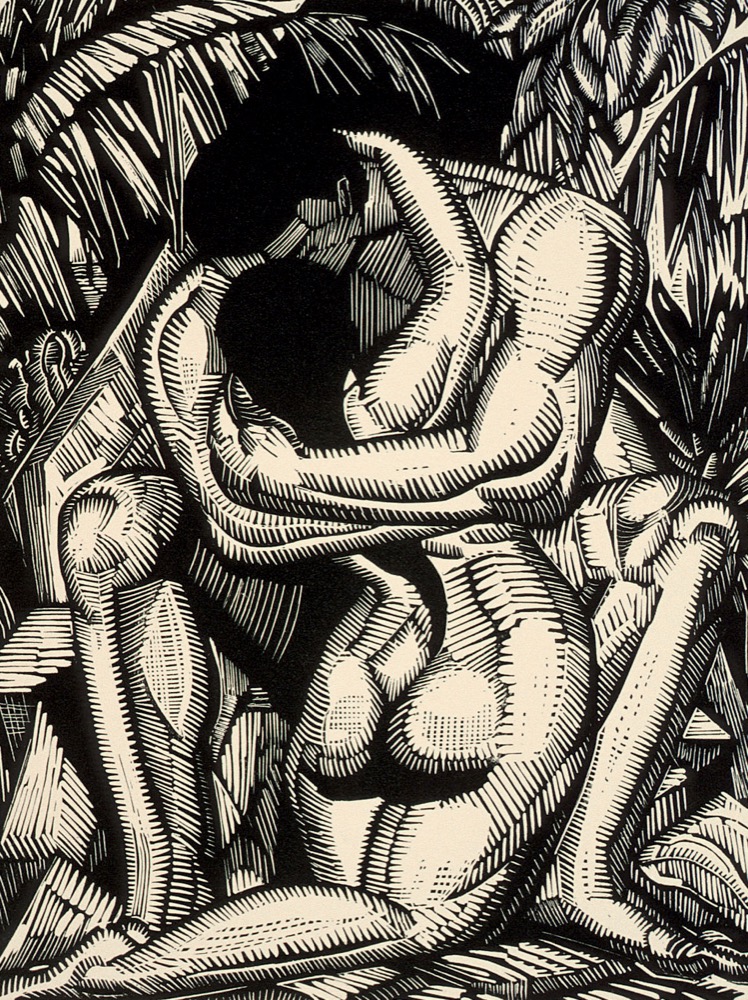 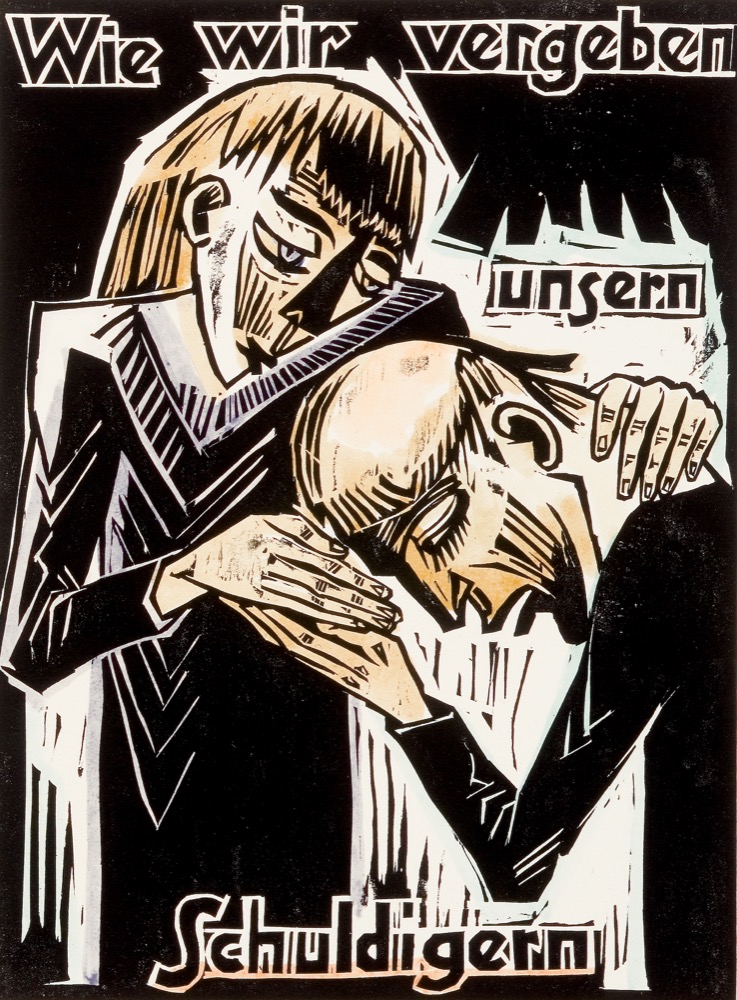 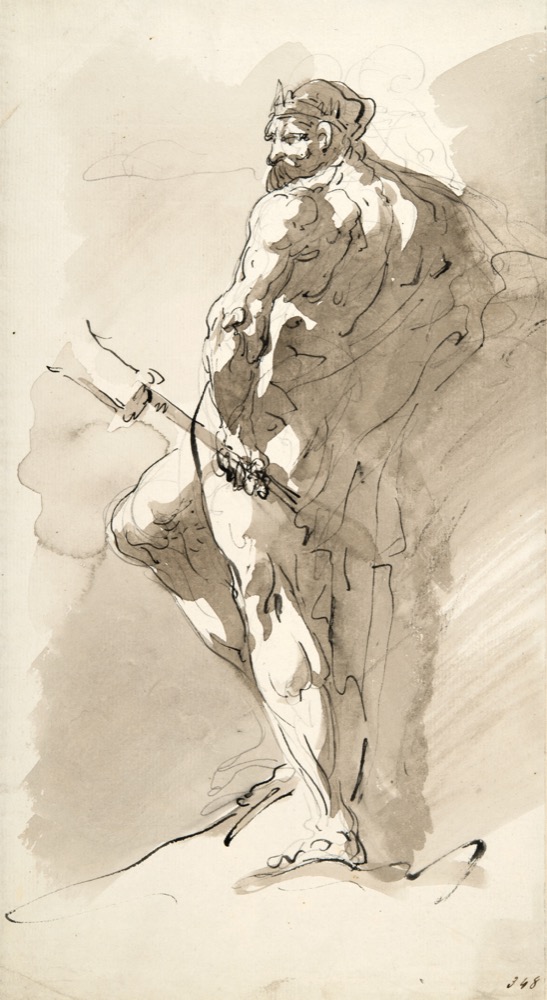 AN ACQUISITION BY THE MURPHY FUND:
THE PRESENTATION IN THE TEMPLE BY ANDREA ANDREANI AFTER PARMIGIANINO

A very recent acquisition is a chiaroscuro woodblock print after the Renaissance-Mannerist artist Parmigianino (ill. 3). The technique, which uses multiple wooden blocks to print separate colours on the same paper, became popular in Italy in the early sixteenth century. The Museum only owned one such print, a work from about 1518 by Ugo da Carpi (who is credited with introducing the technique to Italy), acquired in 2003. The Italians applied a distinctive aesthetic to the technique, seeing from the outset its possibility for reproducing pen and wash drawings. The earliest of these Italian prints are based on such drawings by Raphael.

The Presentation in the Temple (Luke 2:22-39) has an interesting stylistic history. At the base of the print, with a date of 1608, is a printed attribution to (Francesco) Salviati, a central Italian artist influenced by Parmigianino. The print also bears the monogram AA of the great late-Renaissance printmaker and publisher Andrea Andreani in Mantua. In the eighteenth century, however, the renowned French connoisseur Pierre Mariette suggested that the composition might actually be by Parmigianino himself, based both on stylistic grounds and an etching of a very similar composition by another sixteenth-century artist, Andrea Schiavone, based on a Parmigianino design. Parmigianino was among the most prominent artists in Rome interested in converting his drawings to chiaroscuro woodcuts in the immediate period after Raphael’s death (1520). Furthermore, the loose “painterly” style of the colour tone block in the print is not consistent with the more linear use of the technique by Andreani in his own designs.

The mystery was solved in 2007, when the original Parmigianino drawing for the composition was rediscovered, a sheet now at the Hood Museum, Dartmouth College, and datable to about 1524-1530. When Parmigianino died in 1540, a chiaroscuro printmaker named Niccolò Vicentino (active 1540-1550) acquired a group of his drawings, some of which he carved into chiaroscuro woodblocks. Evidently, decades later, Andreani came into possession of the blocks and published the print under his own monogram with the mistaken attribution of the design to Salviati. Andreani published other prints by Vicentino after Parmigianino at this time (e.g., a Christ Healing a Leper, also 1608). The acquired print, which is in excellent condition, is a wonderful example of the chiaroscuro technique in emulation of drawings in ink and wash from Italy. It provides us with an example of the next stage in the development of the technique after the generation of Ugo da Carpi and is a charming presentation of its Biblical subject. Combining both ink and wash drawing and printmaking, it is a fitting tribute to Dr. Murphy.

The Museum acknowledges the essential support of Air Canada in the presentation of this exhibition. It extends its thanks to Quebec’s Ministère de la Culture et des Communications, the Conseil des arts de Montréal and the Canada Council for the Arts for their ongoing support.