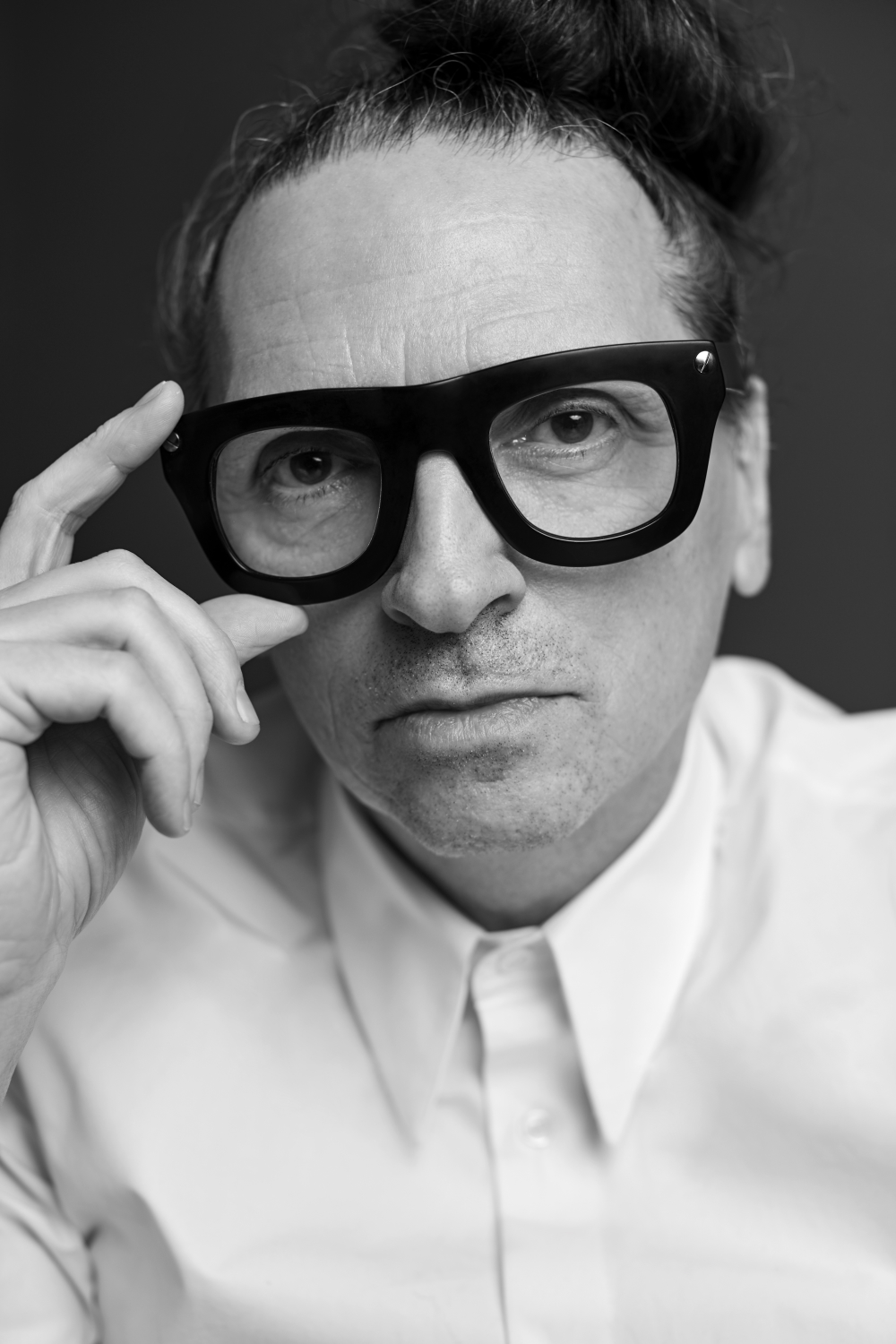 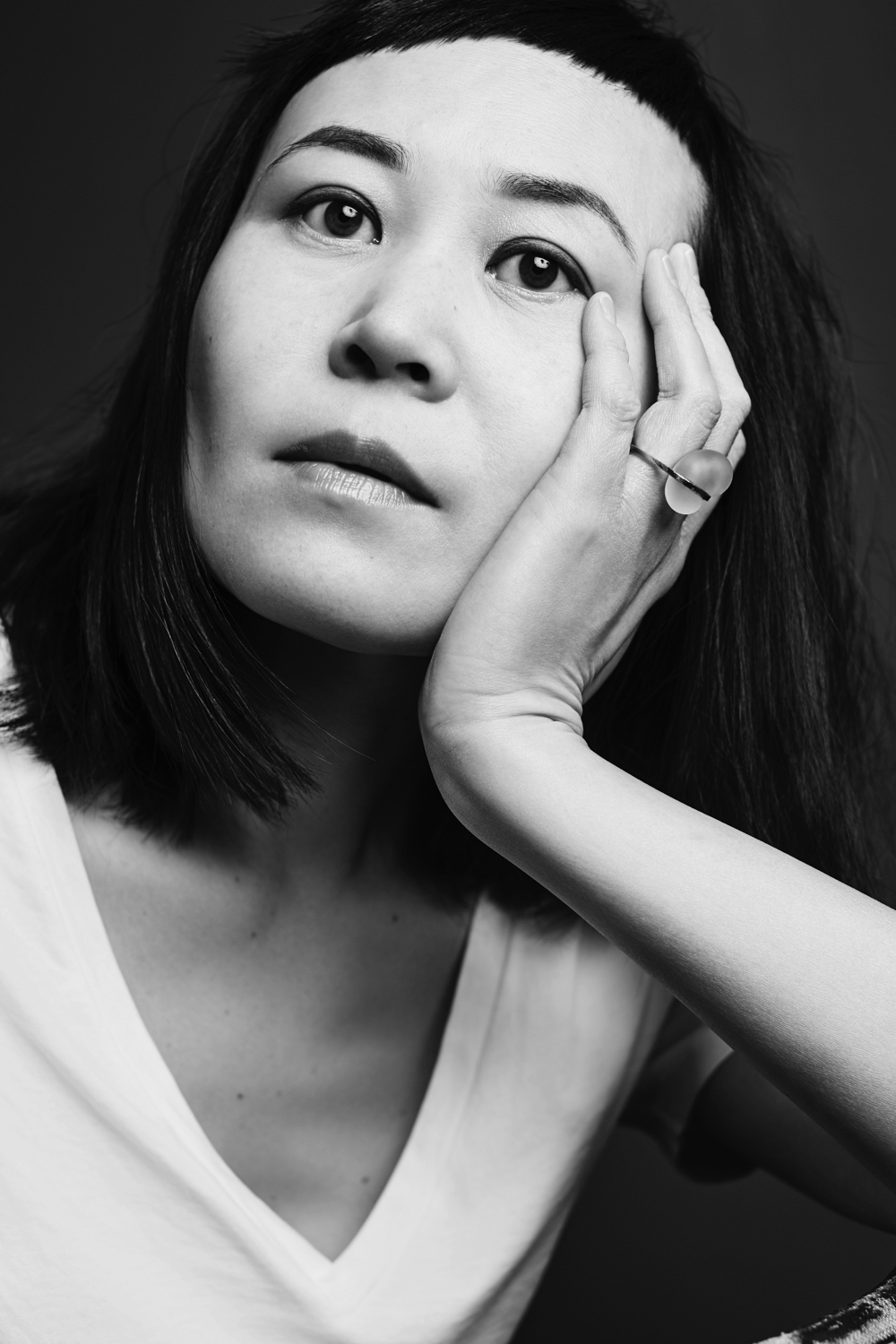 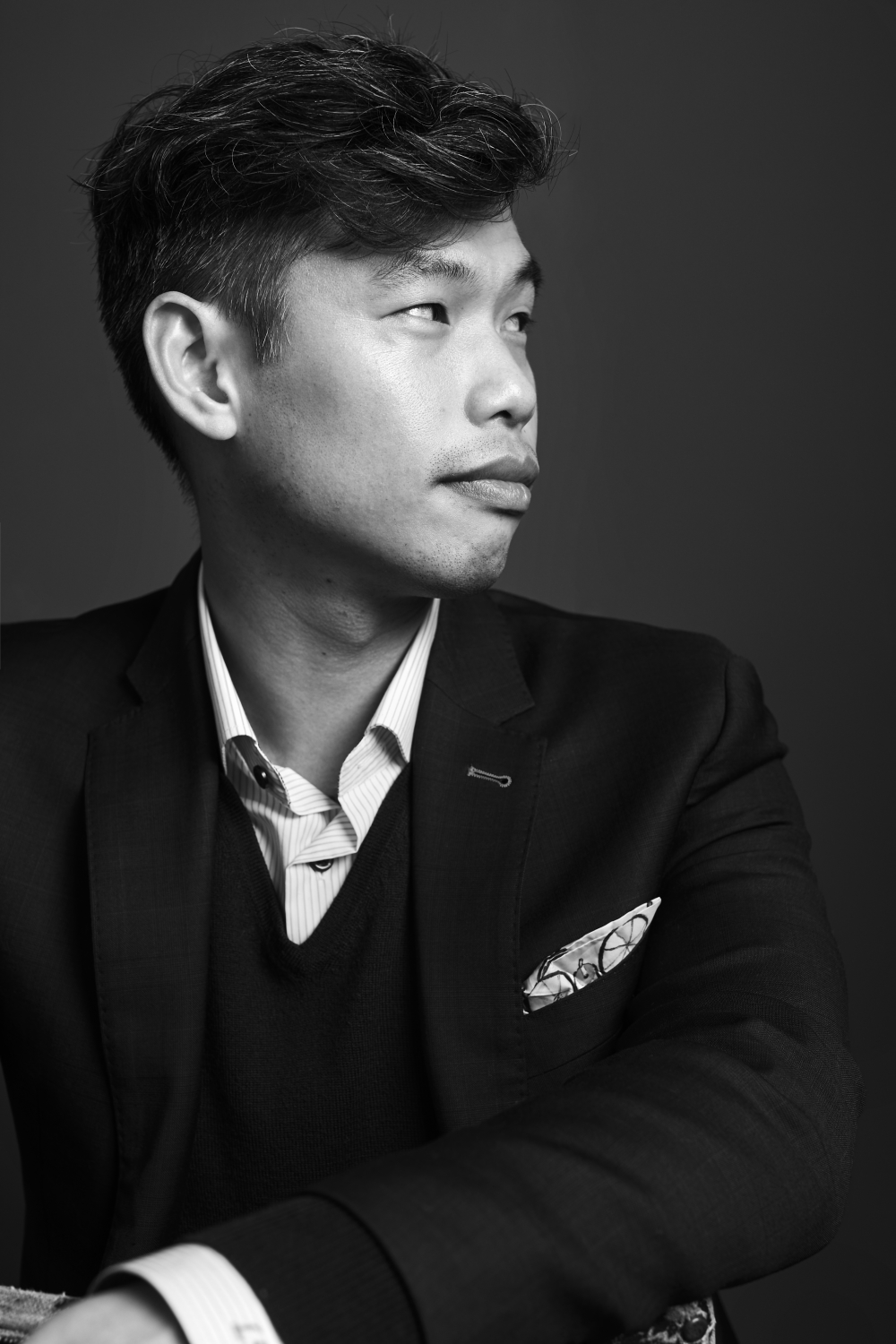 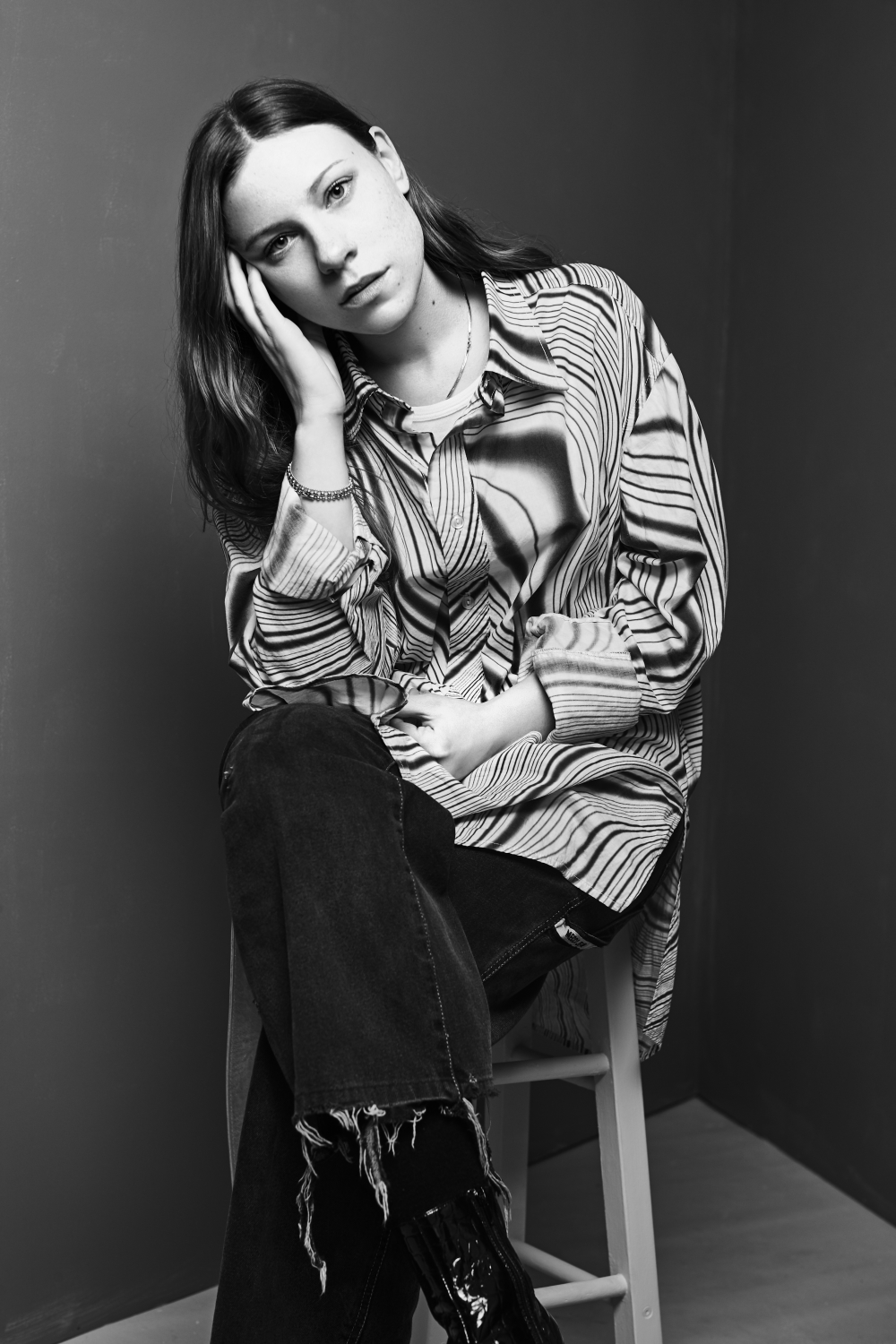 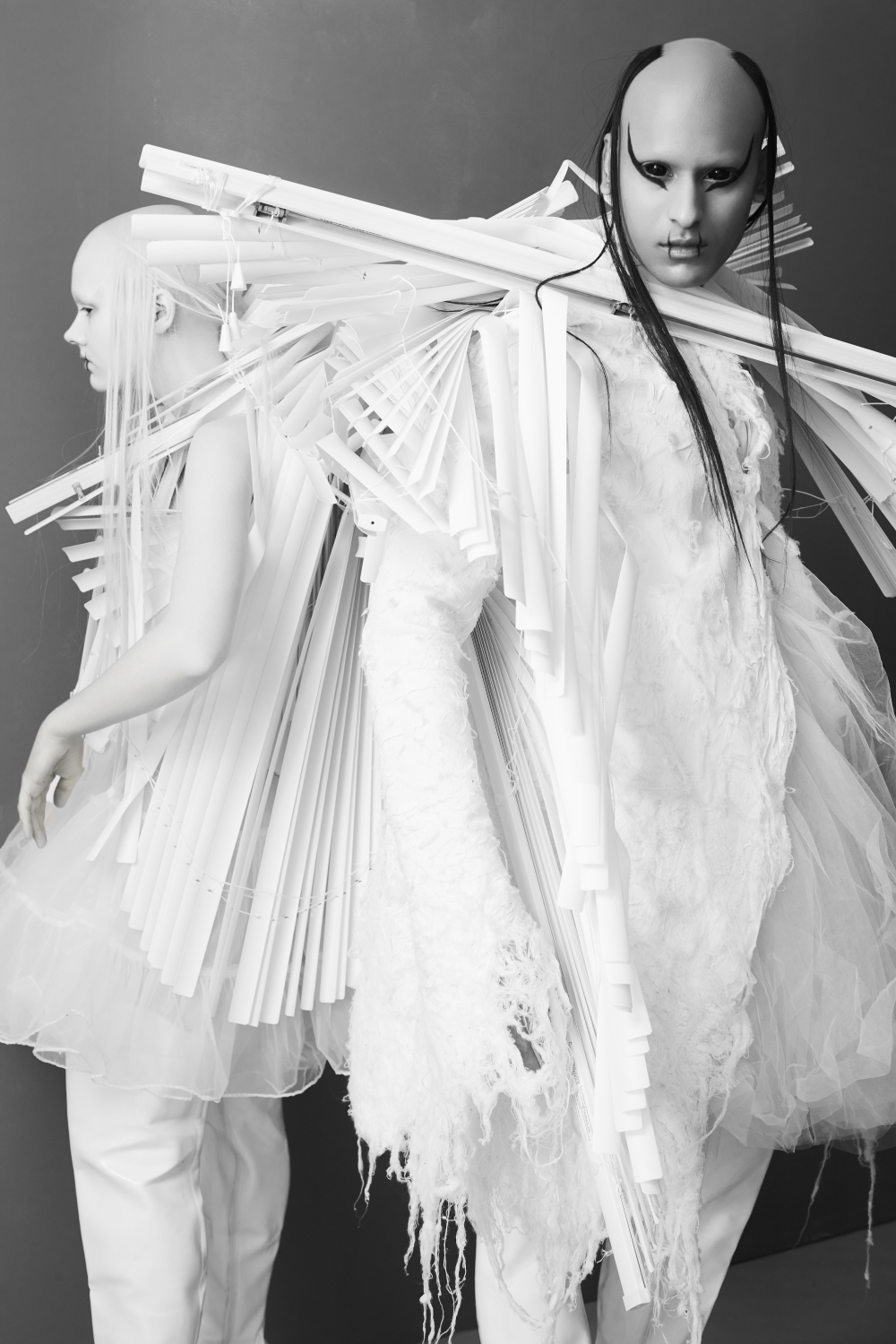 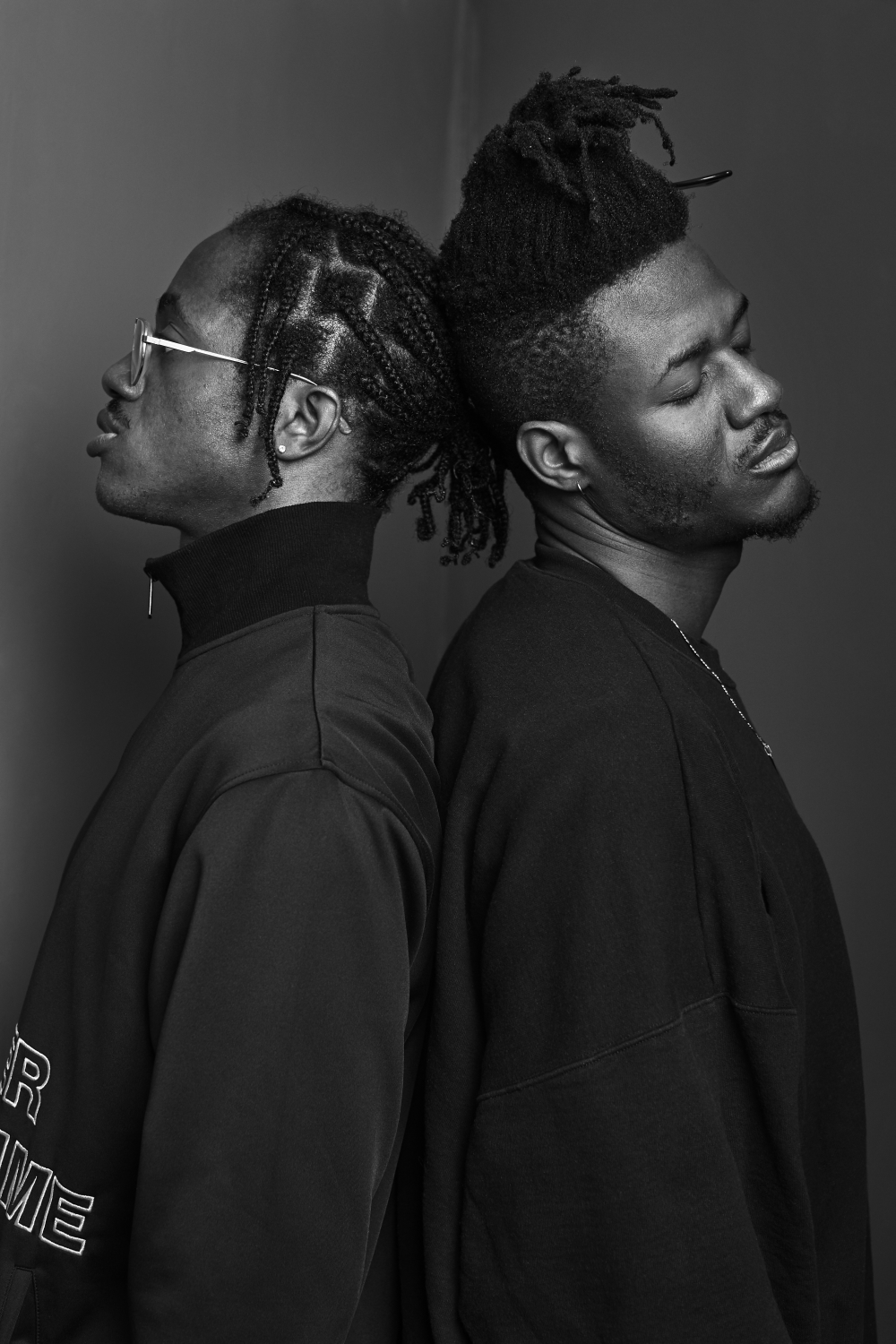 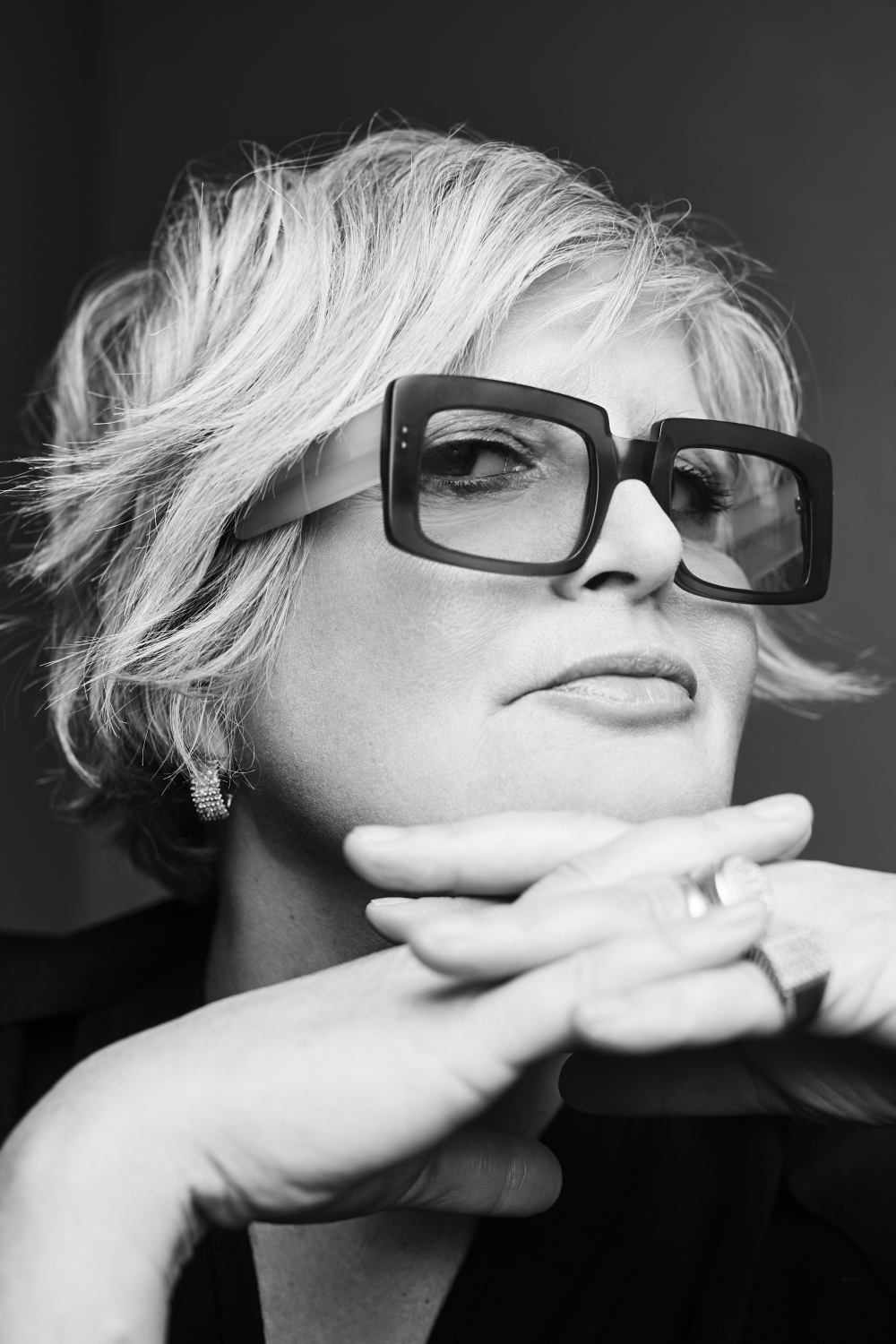 Presented in conjunction with the retrospective Thierry Mugler: Couturissime and curated by Thierry-Maxime Loriot, this exhibition pays tribute to the talent of 10 local creators and collectives. Montreal Couture is the first exhibition to bring together the creations of three Quebec fashion icons: Marie Saint Pierre, with her precise, timeless cuts that marry style and function; Philippe Dubuc, whose debut collection reinvented menswear; and Denis Gagnon, who swept the fashion scene with his irreverent style and haute couture approach. The exhibition is also an opportunity to discover the distinct world of stylist Helmer Joseph, who blends elegance, romanticism and savoir-faire with his Haitian roots; creator Ying Gao, who mixes industrial design, architecture, robotics and sensory experimentation with interactive media; Marie-Ève Lecavalier, winner of the prestigious Chloé Prize; and duo Fecal Matter, formed by Montrealers Hannah Rose Dalton and Steven Raj Bhaskaran, who combine fashion, music and performance. Up-and-coming fashion designers will also be showcased in the modern and technical streetwear of Atelier New Regime, the bespoke suits of Nathon Kong and the gothic-exotic style of MARKANTOINE.

Philippe Dubuc’s passion for fashion design runs deep. After graduating from Cégep Marie-Victorin, he created his eponymous label in 1994 and evolved it by drawing on modernism and urban contrasts. Dubuc’s creativity is matched by his singular versatility, which together enable him to produce complex ensembles. His precise and timeless style is distinguished by his polished finishing touches, mineral tones and contemporary materials. Believing that a city’s identity stems from its creators and their unfettered development, Dubuc shares his clients’ desire to shine the spotlight on the originality and excellence of Quebec designers.

Denis Gagnon is among the most important Canadian designers of his generation. A graduate of LaSalle College, he perfected his art making stage costumes. Later, he moved to Casablanca to teach moulding and, in 2000, he launched his solo career after working alongside designer Yso. In 2010, the MMFA dedicated an exhibition to him, making Gagnon the first French Canadian designer to have his works presented at the Museum. In addition to his seasonal collections, Denis Gagnon launched a new unisex collection in 2018, called DENISE, with a view to democratizing Montreal fashion. The Denis Gagnon workshop-boutique, located at 170 St-Paul Street West in Montreal, has become a destination of choice for fashion lovers who favour independent designers. The creator also sells his collections through his online store and at Simons.

A Montreal-based fashion designer and professor at Université de Québec à Montréal (UQAM), Ying Gao has produced numerous creative projects that have been presented in 6 solo exhibitions in France, Switzerland and Canada and 80 group exhibitions around the world. She questions our assumptions about clothing by combining fashion design with industrial design, architecture and interactive media. She explores garment construction, taking her inspiration from the transformations in the social and urban environment. Gao considers fashion design as a medium, in both the technological and textile realm: a sensory technology that gives garments poetic and interactive value. Gao is interested in the status of the individual, whose physical contours are transformed by external interference, as well as the garment’s function as a fragile transitional space. Her work attests to the profound transformation of the world in which we live and carries with it a radical critical dimension that transcends technological experimentation. Helmer Joseph began his career as a men’s tailor before pursuing extensive technical and artistic training over the years at LaSalle College in Montreal as well as at Paris institutions École supérieure des arts et techniques de la mode (ESMOD), the École de la Chambre Syndicale de la Couture Parisienne and the École de broderie d’art Lesage. After spending 20 years in the French capital immersed in the top names in haute couture, luxury prêt-à-porter and entertainment, Helmer has now assembled a select team comprising the most highly skilled designers in Quebec. One step at a time, he is building the foundations of a major Canadian haute couture brand.

Nathon Kong is the founder of the eponymous high-end custom men’s suits label that has exploded onto the Montreal fashion scene. His innovative use of 3D technology brings a thoroughly modern dimension to traditional custom tailoring. His stand-out brand offers collections of exclusive linings, made in collaboration with Montreal artists and companies. Nathon Kong’s fundamental goal is to promote community participation and social engagement through art and fashion.

After graduating from UQAM with a bachelor’s in Fashion Management and Design, Marie-Ève Lecavalier decided to further her learning in New York with an internship at Alexander Wang. This experience crystallized her desire to pursue a career in the exclusive world of high-end fashion. She went on to spend two years in Geneva to complete a master’s in Fashion and Accessory Design at Haute école d’arts appliqués (HEAD) – Genève. At the prestigious Hyères International Festival of Fashion and Photography 2018, Marie-Ève received the Chloé Prize and a special mention from the jury – chaired by Haider Ackermann – for her Come Get Trippy With Us collection, a tribute to her brand’s roots. All this she achieved while pursuing an internship with the renowned Belgian designer Raf Simons in Antwerp. Now based in Montreal, Lecavalier is set to make her mark on the international stage of high-end and luxury fashion.

MARKANTOINE is the culmination of the tireless work of Markantoine Lynch Boisvert, a graduate of the 2015 class in UQAM’s Fashion Management and Design program. The label is couched in a movement led by young Montreal designers who are breaking down geographic barriers with their creativity. The brand’s distinctive look places it in what the industry calls “high-end streetwear.” Bringing together the city’s biggest artisans and designers, MARKANTOINE places a high importance on every detail while exuding Montreal’s singular vibe and creativity. The label’s creative process begins like a dream sequence, inspired by social media, the future and a certain childhood nostalgia. The result is a gothic-exotic aesthetic that is expressed throughout its garments as well as in the story line of each collection.

Fecal Matter is a multidisciplinary brand inspired from a vision created to express uncensored ideas. It presents an alternative to restrictive beauty standards and offers experiences that promote a critical look at the fashion world. Hannah Rose Dalton and Steven Raj Bhaskaran are united by their desire for change and freedom of expression. The brand name derives from their interpretation of the consumption cycle and a materialistic world devoid of values. They use social media to visually share their perspective on reality and are known for their 360° work process: they do everything, from photography, hair and makeup, clothing and modelling of the brand. In parallel, Fecal Matter is pursuing a music career and performs internationally. Their work has evolved into a bona fide lifestyle.

Inspired by urban culture, art, design and photography, Atelier New Regime has been making an impact with its avant-garde vision of fashion since its beginnings, in 2009. The label, headed by brothers Koku and Gildas Awuye, set up shop in the Saint-Henri neighbourhood and has continuously expanded its collaborations, notably with German mogul PUMA and Spanish illustrator Ricardo Cavolo as well as with local companies and artists. Known for its refined aesthetic, prominent slogans and striking use of the colour orange, Atelier New Regime embodies creativity, freedom and passion. The collective won Menswear Designer of the Year at the 2018 Canadian Arts & Fashion Awards.

Marie Saint Pierre’s career of more than 30 years has been marked by tradition and excellence. With her brand Maison Marie Saint Pierre, a renowned symbol of innovation and expertise on the international fashion stage, this creator continues to drive a movement that goes deeper than her sartorial creations. Dualities and contrasts form the common thread from which she has shaped a brand with a strong artistic identity. Nuanced with elegant tension and clever contradictions, Marie Saint Pierre combines elements of culture, art and technology with style and sensuality. The first fashion designer admitted to the Royal Canadian Academy of Arts, a member of the Order of Canada and a Knight of the Ordre national du Québec, she also won the 2015 Outstanding Achievement Award and the 2018 Womenswear Designer of the Year presented by the Canadian Arts & Fashion Awards.

Designed and produced by the Montreal Museum of Fine Arts (MMFA), the exhibition pays tribute to the talent of 10 local creators and collectives: Philippe Dubuc, Denis Gagnon, Ying Gao, Helmer Joseph, Nathon Kong, Marie-Ève Lecavalier, MARKANTOINE, Fecal Matter, Atelier New Regime, and Marie Saint Pierre. It is inspired by the artistic concept of the 2018 Museum Ball, which revolved around Quebec fashion under the theme Nuit Couture.

The Museum recognizes the vital contribution of Air Canada and media partners Bell, La Presse+ and the Montreal Gazette. It also extends its thanks to the MMFA’s Young Philanthropists’ Circle, proud contributors to the Museum’s contemporary art program, as well as to the Quebec’s Ministère de la Culture et des Communications, the Conseil des arts de Montréal and the Canada Council for the Arts for their ongoing support.

The exhibition Montreal Couture was curated by Thierry-Maxime Loriot, under the direction of Nathalie Bondil, Director General and Chief Curator, MMFA. The exhibition design was overseen by Sandra Gagné, Head of Exhibitions Production, MMFA.

The Montreal Museum of Fine Arts (MMFA) wishes to thank all the creators and collaborators who were involved in designing and producing the exhibition Montreal Couture: Catherine Nadeau and Melissa Thompson of Cirque du Soleil (Montreal) for the mise en scène, Max Abadian and his studio (Montreal) for the portraits of the designers, L’Éloi Productions (Montreal) and Martin Laporte for the videos, as well as the designers themselves and their teams.