As a leader of the American Pop Art movement, Andy Warhol saw his works, together with his image, given wide media coverage. But aside from this coverage, what about Warhol’s own advertising genius, his gift for creating brilliant posters to sell products or promote causes and events? The collector and art historian Paul Maréchal reveals another aspect of the artist’s graphic design work. This time, he has chosen to share with the public his collection of fifty posters and almost a thousand illustrations found in 400 magazine. The exhibition will be accompanied by two catalogues raisonnés, the outcome of intensive research. Paul Maréchal gives us an overview of the show.

How important was graphic design in Warhol’s œuvre?

Immensely important. Warhol started his career as an illustrator, working mainly, but not exclusively, for fashion magazines. He also designed album covers, advertisements for perfumes, Christmas cards, book covers and window displays for Bonwit Teller. During the 1950s, few New York galleries would exhibit the work of young artists. Graphic design offered them greater financial security and freed them from the unpredictability associated with an artist’s life. In the late 1950s, photography began to supersede illustration. Warhol summed up the situation in his last interview: “When I started out, art was going down the drain. The people who used to do magazine illustrations and the covers were being replaced by photographers. And when they started using photographers, I started to show my work with galleries.”

Warhol’s move from illustration, in the 1950s, to painting, in the 1960s, was influenced by two factors: the crisis sparked by the dramatic fall in magazine profits and the new enthusiasm for photojournalism, which, in the eyes of art directors, captured emotion with greater objectivity. As a consequence, illustration was more often found in galleries and museums. Warhol thus had to re-evaluate his own artistic practice. He started to make use of photos to execute his paintings, and we know the rest. Warhol’s series of Campbell’s soup cans is the most obvious illustration of this shift from graphic design to painting.

Who were his mentors?

To this day, very few people realize that during the first fourteen years of his career (1949-1963), Warhol worked closely with legendary art directors, a real who’s who of graphic design: Alexander Liberman (Vogue, Glamour), Bradbury Thompson (Mademoiselle), Robert M. Jones and Jim Flora (Park East), Alexey Brodovitch (Harper’s Bazaar), Henry Wolf (Esquire), Cipe Pineles (Seventeen) and Otto Storch (McCall’s). It was undoubtedly from Brodovitch that he learned the art of harmonious composition, from Storch the incorporation of lettering into the image and from Thompson how to optimize the visual impact. For the young Warhol, these art directors were teachers, who imparted to him what the professors at Carnegie Tech – where he obtained his Bachelor of Fine Arts degree – could not. Even more important was the fact that most of these mentors were of European origin: they had introduced the clean lines of graphic design inspired by the De Stijl, Constructivist and Bauhaus movements into American magazines. The latter were previously limited to commonplace typography and conventional illustrations and subject to the visual bombardment linked to the demands of cost-effectiveness.

What was Warhol’s attitude towards magazines?

In an interview he gave to the magazine ARTnews in November 1980, talking about the sources of his inspiration, he said, “If you’re really stuck for an idea, all you have to do is read the magazines.” He realized that with their wide-ranging subjects, these publications reflected society as a whole. In addition to being the editor of Interview, Warhol had in mind a second publication, to be entitled Out, in which he intended to review all the parties and events he attended. Like artists, magazines are always eager for novelty. Warhol consciously applied the business model for magazines, the only one he really knew, to his artistic practice. The method of collaboration he developed at the Factory was intended to promote the artistic output of one man only: himself. He claimed to have been inspired by Diana Vreeland, the editor of Vogue, in recruiting his employees for the Factory. According to Warhol, Vreeland had “created a whole new category of jobs called volunteers. Only girls who really didn’t have to work could get the job… She surrounds herself with beautiful young people. She gets energy and ideas from them… I try to do the same thing with the kids in the office but they say I do it like a pimp. »

What about his posters?

The posters assembled in this exhibition were all commissioned from Warhol. They are therefore original advertising posters in the true sense of the word, since they were created by Warhol with the precise intention of using posters as a medium. It was only in mid-career, after 1964, that the artist, now famous for his series of Campbell’s soup cans, started to receive commissions for posters.

These works fall into three main categories: consumer products, music stars and cultural events. Together, they constitute a portrait of society; they reflect his era and also our own, hence the fascination his oeuvre still holds for us. For Warhol, a work was relevant only if it pertained to its era. In this sense, the poster constituted the ideal medium for him. As for his paintings – the Campbell’s soup cans, the Coca-Cola bottles and stars such as Marilyn Monroe, Elvis Presley and Elizabeth Taylor – they elevated the familiar images of celebrities and consumer products to the status of icons, transforming everyday images into true works of art, blurring the boundaries between fine art and graphic design.

Unlike works of art, which are created to be contemplated, an advertising poster must deliver its message in a matter of seconds, making an immediate impact on the passerby, the person in the street – which is where posters were born, in late nineteenth-century Paris. Warhol’s partiality for serialization – repeated images with slight variations in the models’ poses or in the colours – was, in his mind, a reflection of our everyday lives, in which we endlessly repeat the same gestures and thoughts in ever-changing contexts. This approach can also be seen in his posters, which although identical, were all intended for different places.

Is there a Warhol style?

Warhol always favoured minimal lettering that would obtrude as little as possible on the work itself. For some works, he designed the lettering himself, to give a more artistic, more cohesive look to the end result. He wanted the image to speak for itself, and to achieve that, it had to take up the largest possible space on the support. These preferences also applied to the photos reproduced in his magazine Interview. Warhol liked to use colours in a range of mauve, red and violet shades together with orange and yellow. Interestingly, three recent psychological studies of memory and colour show that these colours in particular were the ones that participants found easiest to memorize. Warhol had understood instinctively something that science would prove only years later.

One of Warhol’s fundamental gifts as an artist was his ability to be stimulated by the challenge of the commission and thus to create a work of art that transcended its utilitarian purpose. In this, he harked back to the great tradition of Toulouse-Lautrec and Jules Chéret, masters of poster art in their day. In the twentieth century, rightly or wrongly, poster design had gradually been left to graphic designers. As for the magazines, what is most striking is Warhol’s extraordinary flexibility. Art directors loved Warhol because he worked fast, and above all, was able to offer them several versions of the same subject. With six styles combining a variety of design and collage techniques, he had achieved a versatility that brought him an increasing number of commissions. This adaptability was apparent up to the very end of his career in the range of mediums he employed from 1963 on: painting, sculpture, film, video, magazines, books, installations, and so on… He adapted his practice to every challenge posed by the medium in question.

Was his approach to graphic design important? Influential?

His poster art inspired other artists, notably Keith Haring, who considered Warhol his mentor. Warhol was also the originator of one of the most successful advertising campaigns of the late-twentieth century, the ads for Absolut vodka. The story behind the wellknown magazine ad is this: Warhol suggested to Michel Roux, chairman of the company distributing the drink in the United States, that he could design a poster to reward the bar owners who promoted the Swedish product. It was also Warhol who suggested that a large number of gifted artists could each create their own portrait of the celebrated bottle; up to now, 350 different versions have appeared. In recent years, one of Warhol’s key contributions to graphic design has been the amalgamation of photography and calligraphy with painted or drawn elements in advertising graphics.

“If you’re really stuck for an idea,
all you have to do is read
the magazines”

The volumes Andy Warhol: The Complete Commissioned Posters 1964-1987 and Andy Warhol: The Complete Commissioned Magazine Work, published by Prestel, are the first catalogues raisonnés of the posters and magazine illustrations that Andy Warhol executed on commission. Thanks to Paul Maréchal’s thoroughly researched writing, the artist’s outstanding contribution to graphic design is revealed in these richly illustrated reference books.

Gallery guides will be on hand to answer your questions and discuss this exhibition.

The opening of the eagerly anticipated exhibition Warhol Mania was held on June 28, 2014, at the Museum of Contemporary Art of Baie-Saint-Paul (MACBSP).In its world premiere, this exhibition reveals the advertising genius of the Pop Art icon through forty posters, brought together by passionate collector Paul Maréchal. 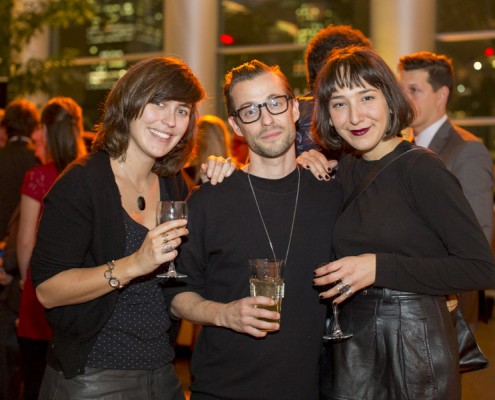 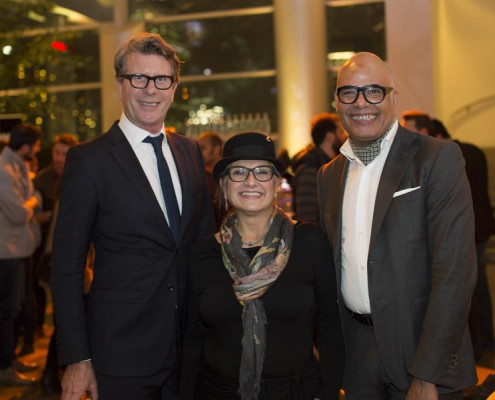 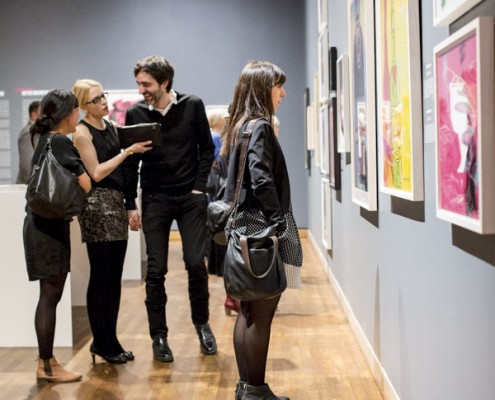 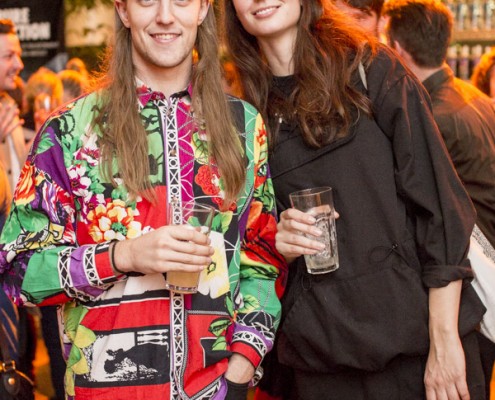 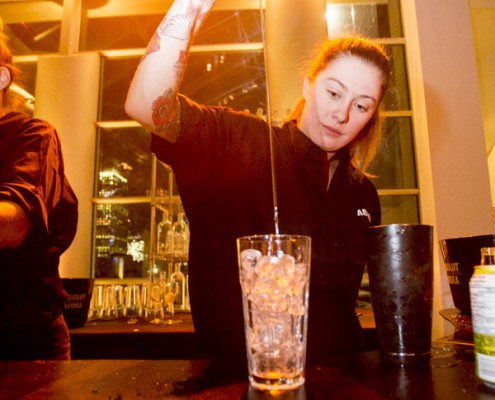 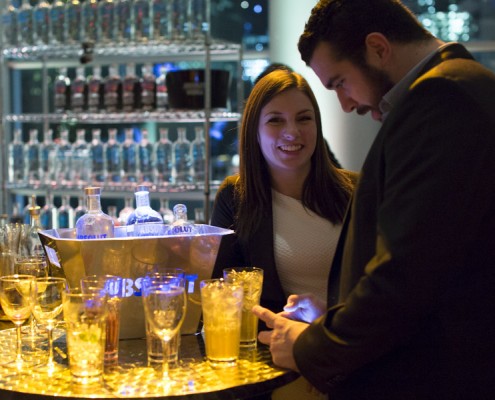 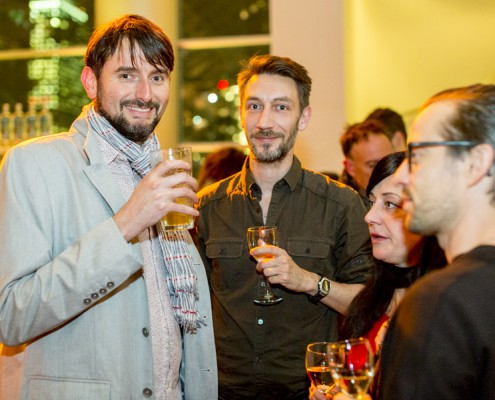 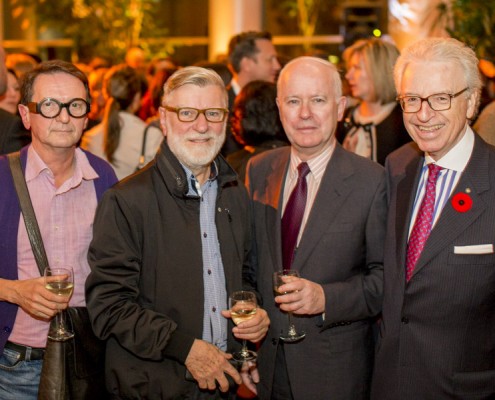 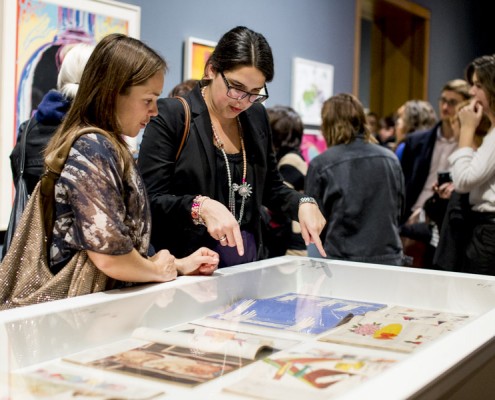