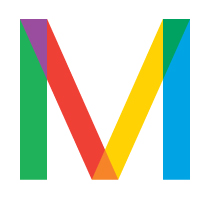 Nathalie Bondil, Director and Chief Curator of the Montreal Museum of Fine Arts, is pleased to announce two new appointments to the Curatorial Department in addition to the recent appointment of Benoît Légaré as Curatorial Manager. In anticipation of the opening in November of the Michal and Renata Hornstein Pavilion for Peace – International Art and Education and the major reinstallation of the World Cultures collection in 2017 and many other upcoming projects, the Curatorial Department is expanding yet again.

Benoît Légaré has been appointed the MMFA’s Curatorial Manager. President of ICOM Canada from 2004 to 2007, he was vice-president of the Canadian Museums Association from 2013 to 2015. He has extensive experience in managing cultural organizations. In 1995 and 1997, he was general secretary of the Musées de Strasbourg in France. From 1998 to 2000, he was involved in the creation and construction of the Montreal Science Centre, of which he was vice-president and director from 2001 to 2011. He currently presides over Mécénat conseil Inc. (MCI), a strategic planning company for museums. He recently managed the reinstallation of the Museum of Ingenuity J. Armand Bombardier.

Geneviève Goyer-Ouimette has been appointed the new Gail and Stephen A. Jarislowsky Curator of Quebec and Canadian Contemporary Art. She will be responsible for carrying out the mandate of this new chair established by Gail and Stephen A. Jarislowsky for the support, promotion and exhibition of Quebec and Canadian contemporary art, artists and collectors. Over the past fifteen years, this experienced professional has sat on many juries, committees and boards and taken part in many seminars, making her an astute observer of the contemporary scene. She was curator of the Musée national des beaux-arts du Québec’s loan collection of contemporary art from 2005 to 2010. More recently, she was the dynamic director of Montreal’s Centre CIRCA en art actuel.

Erell Hubert has been appointed the Museum’s new Curator of Pre-Columbian Art. She holds a Ph.D in archaeology from the University of Cambridge (2009-2015). Her thesis explored “Moche Colonial Identity in the Santa alley, Peru.” She has been awarded several bursaries and also has a Master’s in Anthropology from the Université de Montréal. This archaeologist has acted as supervisor of the Division of Archaeology of the University of Cambridge and research fellow at the Dumbarton Oaks Research Library and Collection, Washington, D.C. She has also worked as associate researcher at the Archaeology Centre and sessional lecturer at the Department of Anthropology of the University of Toronto. Ms. Hubert is pursuing her work on archaeological excavations as unit head of the Proyecto Arqueológico Cerro Baúl, Peru, under the direction of Patrick Ryan Williams of the Field Museum, Chicago. Assistant Curator of the MMFA’s exhibition Peru: Kingdoms of the Sun and the Moon from 2011 to 2013, Ms. Hubert has published articles on the Museum’s collections. Her mandate will be to enrich, document and enhance the Museum’s collection of the Americas in anticipation of the major reinstallation of the collection of World Cultures in 2017.