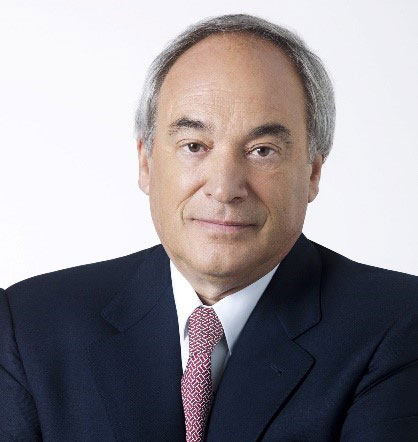 New appointments within the Board of Trustees

The Montreal Museum of Fine Arts is pleased to announce two new appointments within the Board of Trustees. Jacques Parisien takes over the reins from Brian M. Levitt to become the thirty-second Museum President. Mr. Levitt wishes to pass the torch at a key moment in the MMFA’s history, as the Museum prepares to inaugurate the Michal and Renata Hornstein Pavilion for Peace – International Art and Education in just a few months, just as his predecessor Bernard Lamarre did before the opening of the Claire and Marc Bourgie Pavilion. Mr. Levitt will continue to sit on the Museum’s Board of Trustees as Honorary President.

Pierre Bourgie, a major MMFA patron, will succeed the late Michal Hornstein as Museum Vice-president. Mr. Bourgie has been very involved with the Museum since 2007 for the Claire and Marc Bourgie Pavilion and the Bourgie Concert Hall, which were inaugurated in 2011. He is also the founding president of the Arte Musica Foundation in residence at the MMFA.

Jacques Parisien, new Museum President and committed Montrealer
A dedicated and committed Montrealer, Jacques Parisien is involved in many social and community activities. He chairs the board of the Fondation de l’Institut de tourisme et d’hôtellerie de Montréal (FITHQ) and sits on the board of directors of the Institut de tourisme et d’hôtellerie de Montréal (ITHQ). He was chairman of the board of Tourisme Montréal for several years, as well as the Board of Trade of Metropolitan Montreal (2001-2002) and Pointe-à-Callière, the Montréal Museum of Archaeology and History. He currently sits on the board of the Université de Montréal’s Institute for Research in Immunology and Cancer (IRIC). Mr. Parisien has been a member of the MMFA’s Board of Trustees since 2014.

Pierre Bourgie, major Museum patron, is appointed Vice-president
A discerning art collector and a lover of classical music, Mr. Bourgie and his family are the largest donors of private funds to the MMFA over the past few years. Through the support of this great Quebec patron and his family, the MMFA was able to build the Claire and Marc Bourgie Pavilion of Quebec and Canadian Art in 2011. He brought music to the Museum by transforming the nave of the Erskine and American Church into a professional concert hall: Bourgie Hall is now launching its fifth season; it presents two hundred concerts and musical activities each year that are attended by 50,000 spectators. Mr. Bourgie is the founding president of the Arte Musica Foundation, which carries out all the programming for the concert hall. The Foundation has been in residence at the Museum since 2008.