The Museum is hanging the sun on its walls with this exhibition on Orientalism, a first for Canada, based on extensive original research. The show unveils the forgotten figure of a master of the genre, Benjamin-Constant…

Following in the footsteps of artists like Delacroix, whom he admired, this flamboyant painter’s Orientalism is similar to that of Henri Regnault, Mariano Fortuny, Georges Clairin and Jean-Paul Laurens, who also figure largely in the exhibition. Appropriating the stereotypes of a colonial Near East, Benjamin-Constant alternated indolent odalisques and fierce Moors in his large-scale paintings.

The exhibition reveals six iconic aspects of Orientalism, offering a dual reading of its fictional subjects, juxtaposing staged pictorial settings with documented realities. Drawings and photographs round out this exploration of Moorish Spain and sharifian Morocco, between seductive mirages and the hidden realities of a colonial republic. 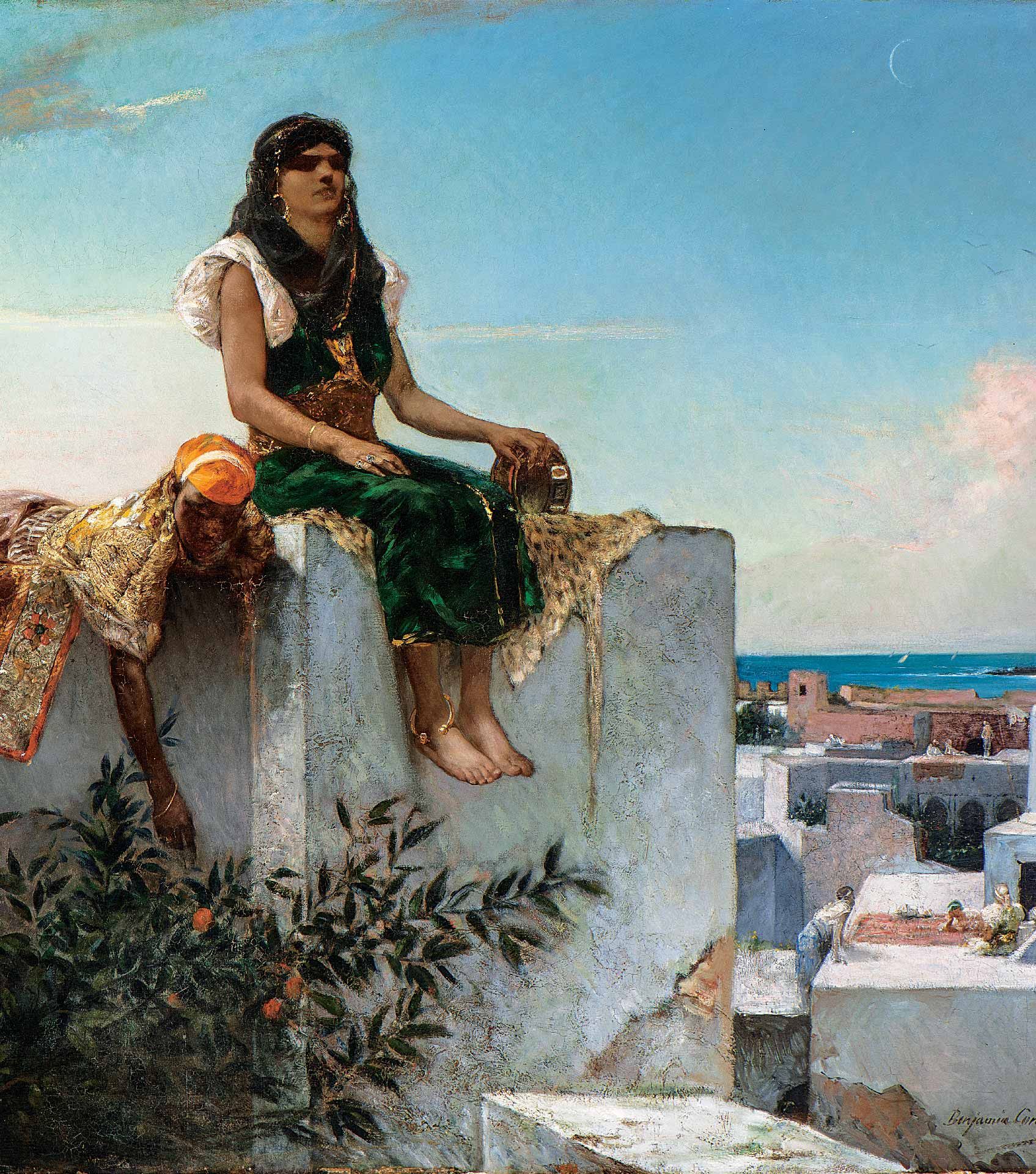 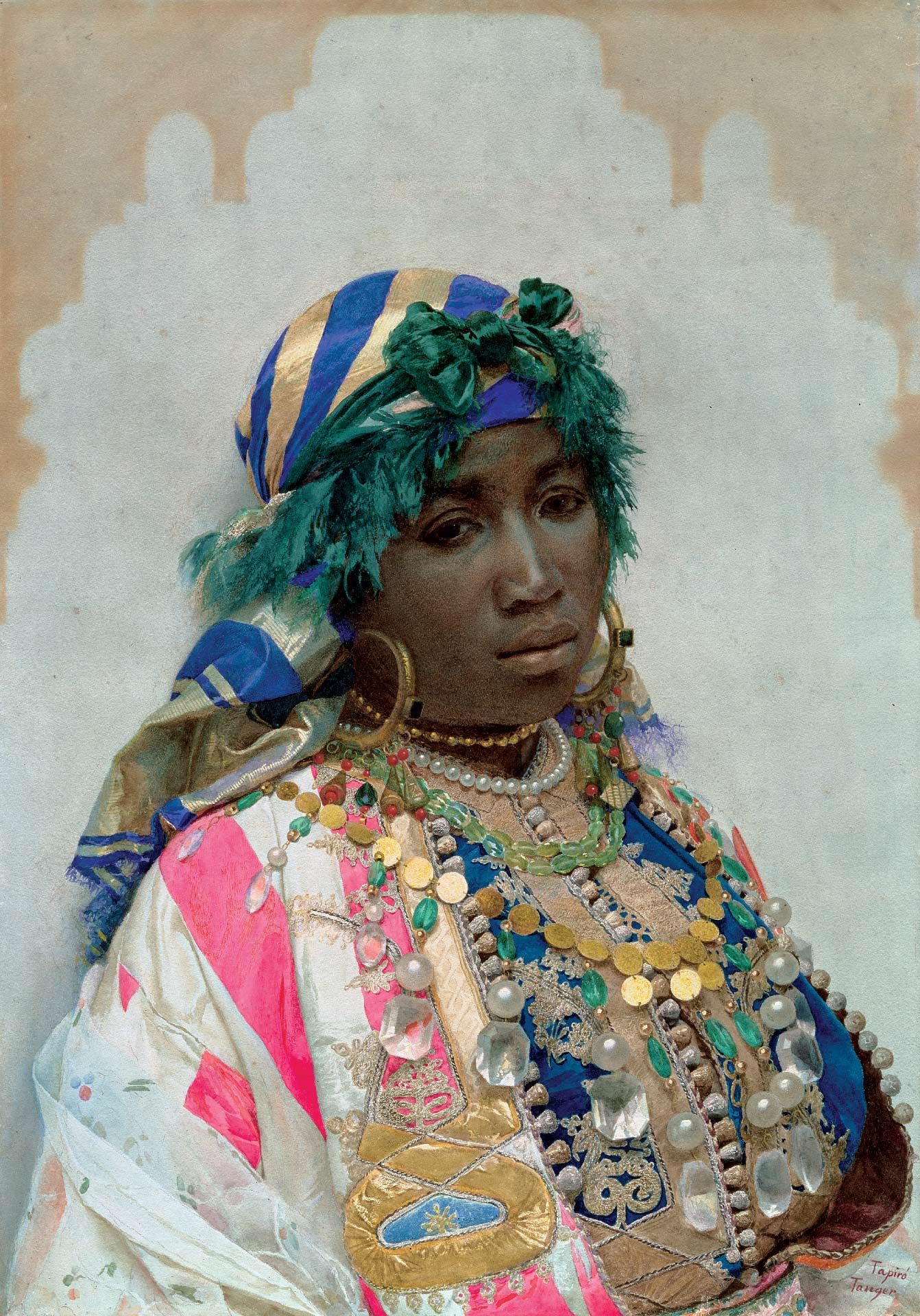 Under the general editorship of Nathalie Bondil, this publication, which is available in English and in French, comprises texts by twenty international experts.

On sale at the Museum Boutique and Bookstore.

A production of the Montreal Museum of Fine Arts and the Musée des Augustins, Toulouse, with the support of the Franco-American institution FRAME (French Regional American Museum Exchange).

The Montreal presentation was organized under the direction of Nathalie Bondil, director and chief curator, with the layout designed by Maxime-Alexis Frappier (acdf* Architecture, Montreal).

The exhibition curators are Nathalie Bondil, director and chief curator of the Montreal Museum of Fine Arts, and Axel Hémery, director of the Musée des Augustins, Toulouse, with assistant curator Samuel Montiège, who holds a PhD in art history from the Université de Montréal.

This exhibition was named as an “Exposition d’intérêt national” by the French Minister of Culture and Communications, a label given each year to exhibitions that are notable for their scholarly achievement.

Thanks to our partners

The Montreal Museum of Fine Arts extends its warmest thanks to the Embassy of the Kingdom of Morocco in Canada for its support. We would also like to thank our exhibition partners: MABI, Air Canada, Fasken Martineau, Bell, la Communauté Sépharade Unifiée du Québec, Buffalo David Bitton, la Banque populaire du Maroc, the Moroccan National Tourist Office, Tuyya, Ciot, La Presse and The Gazette.

The Museum would like to thank Quebec’s Ministère de la Culture et des Communications for its essential contribution. We acknowledge the importance of the financial support provided by the Government of Canada. Our gratitude also extends to the Conseil des arts de Montréal and the Canada Council for the Arts for their ongoing support.

The exhibition has also benefited from the invaluable collaboration of the Museum’s Volunteer Association and the Association of Volunteer Guides. We would also like to thank all our members and the many individuals, companies and foundations who support our mission, especially the Fondation de la Chenelière and the Arte Musica Foundation. The Museum’s International Exhibition Programme receives financial support from the Exhibition Fund of the Montreal Museum of Fine Arts Foundation and the Paul G. Desmarais Fund.

Our thanks to the Consulate General of the Kingdom of Morocco in Montreal and the Centre Culturel du Royaume du Maroc for their support of the concert featuring the Orchestre arabo-andalou de Fès, presented by the Arte Musica Foundation in the Bourgie Hall.

Embassy of the Kingdom of Morocco