A giant of modern art

As Sartre wrote, “These movements that intend only to please, to enchant our eyes, have nonetheless a profound and, as it were, metaphysical meaning.”

The Montreal Museum of Fine Arts is presenting the first major Canadian retrospective of Alexander Calder (1898-1976) to highlight all the many facets of the career of the American “who made sculpture move.” Developed, organized and circulated by the MMFA, the exhibition Alexander Calder: Radical Inventor presents 150 works and archival documents to portray the full scope of this artist’s extraordinarily innovative multidisciplinary practice: from his wire sculpture to his paintings, and from his invention of the mobile to his monumental sculptures. 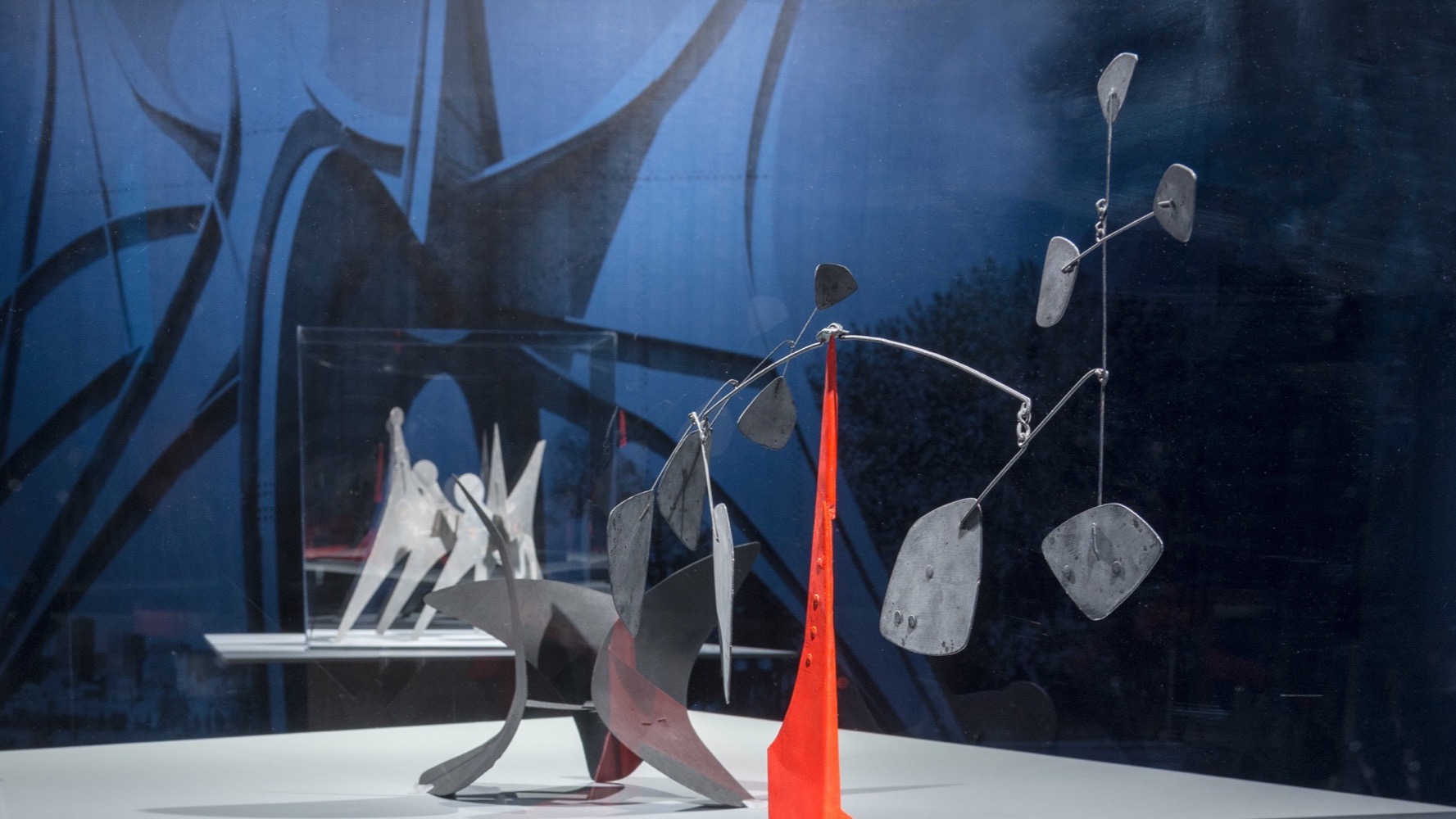 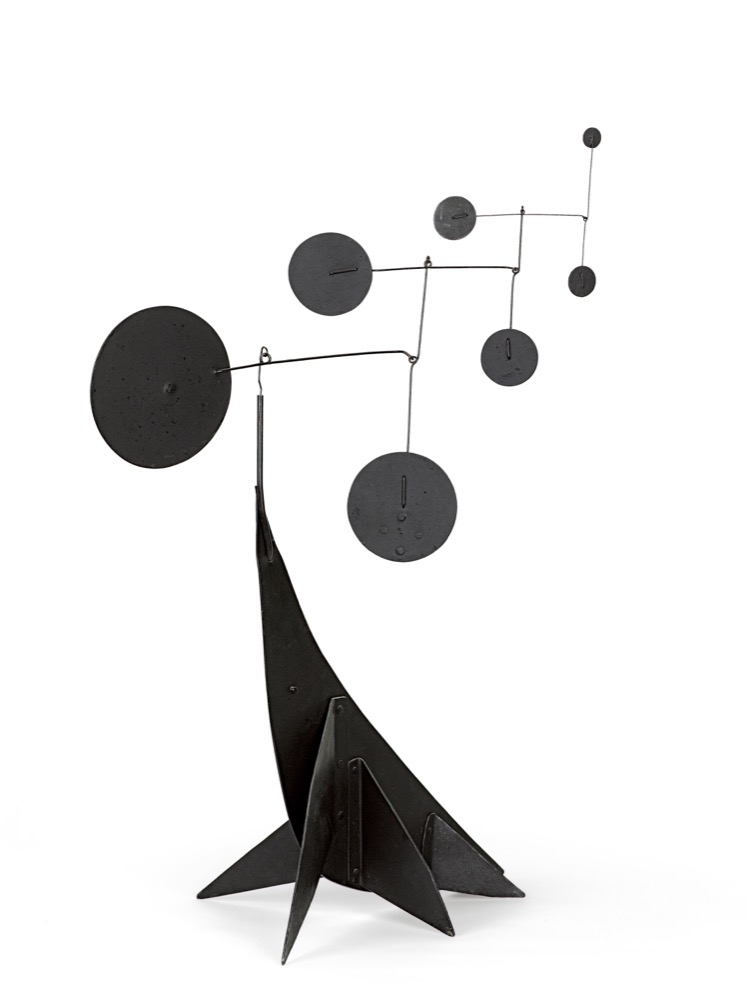 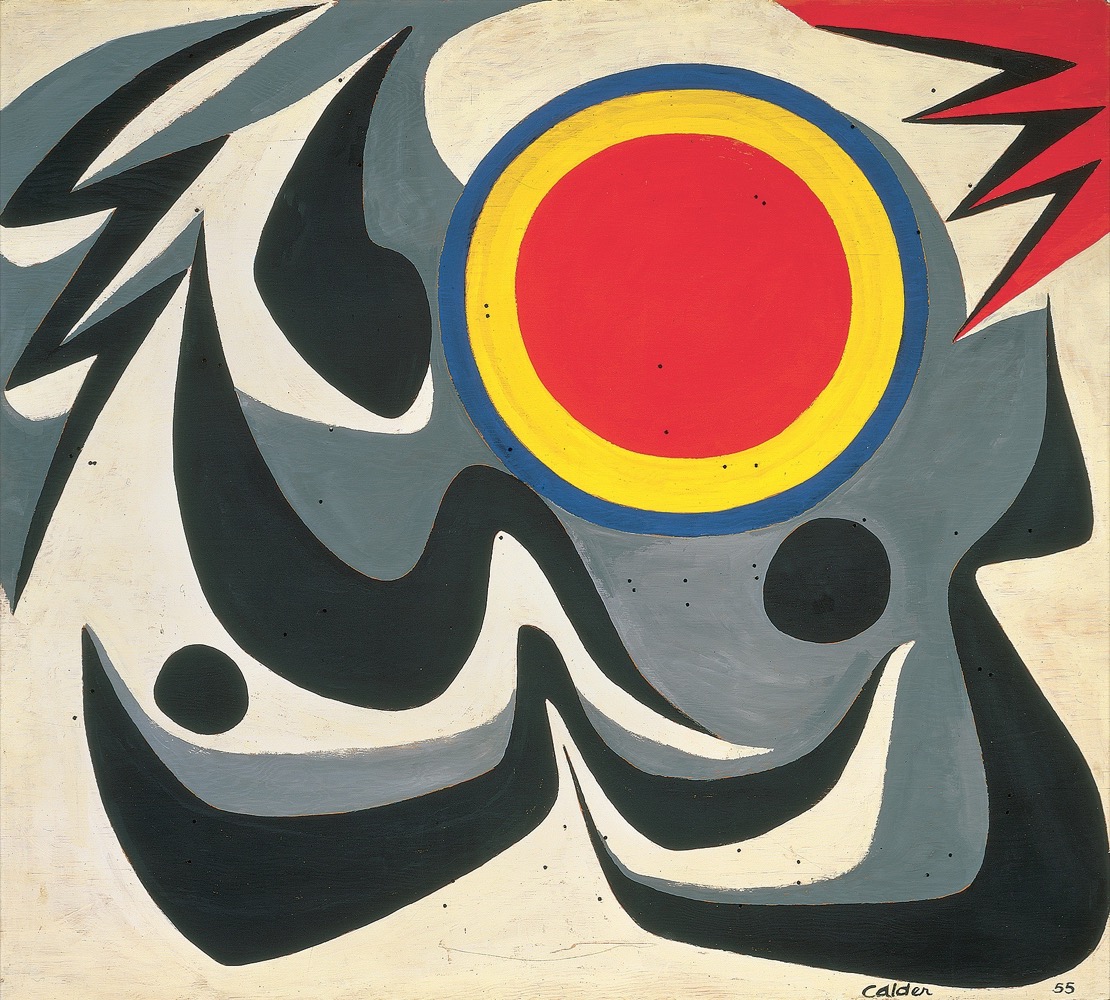 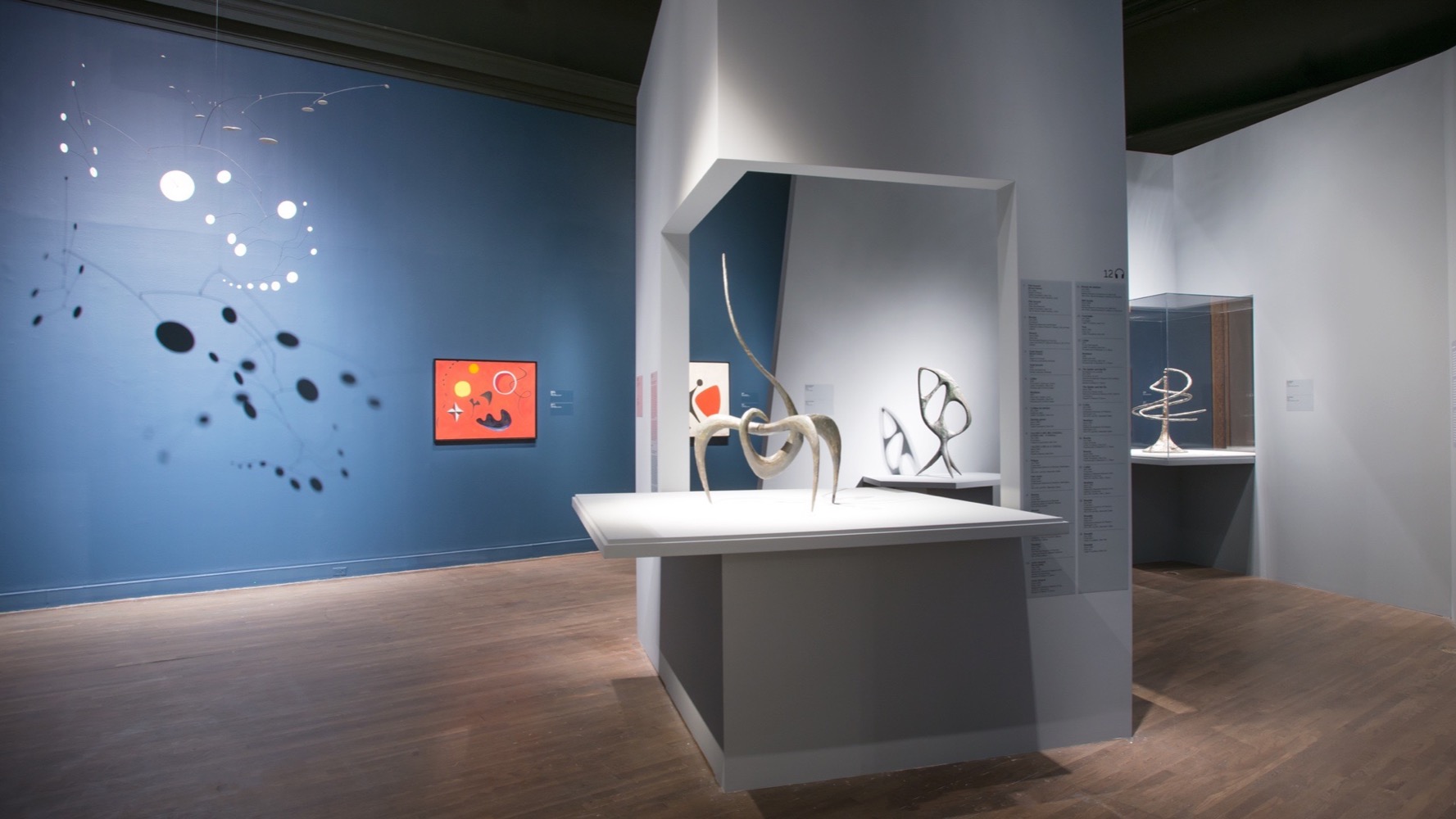 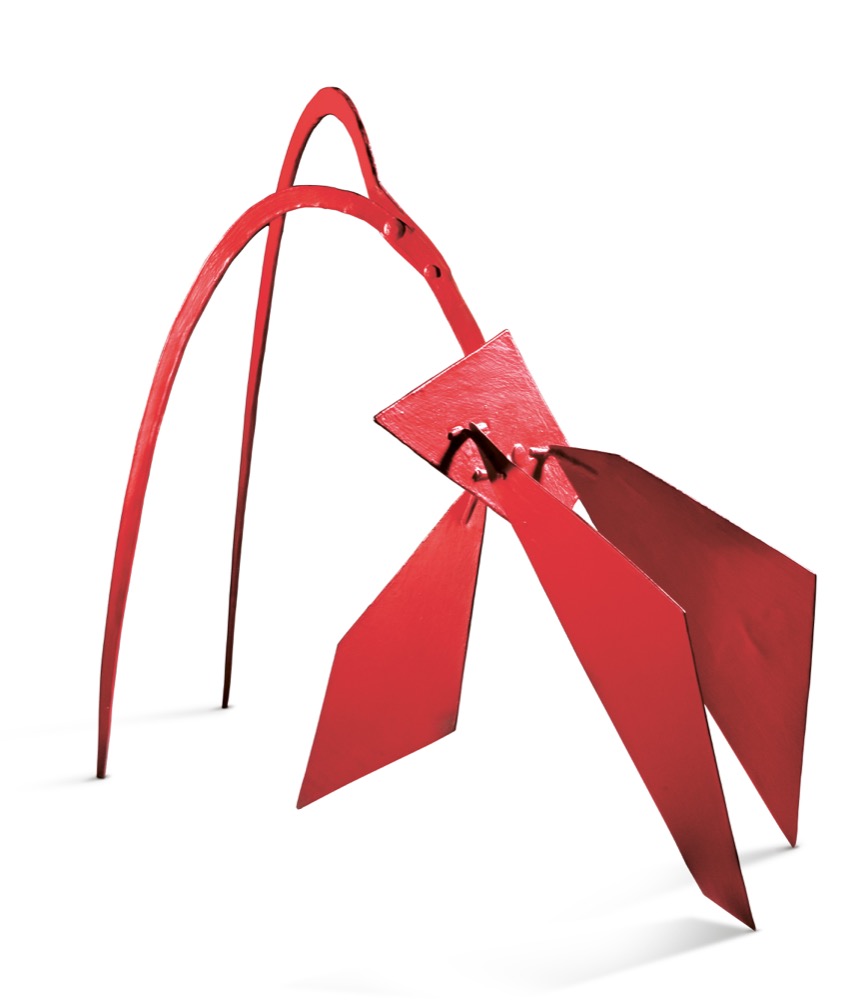 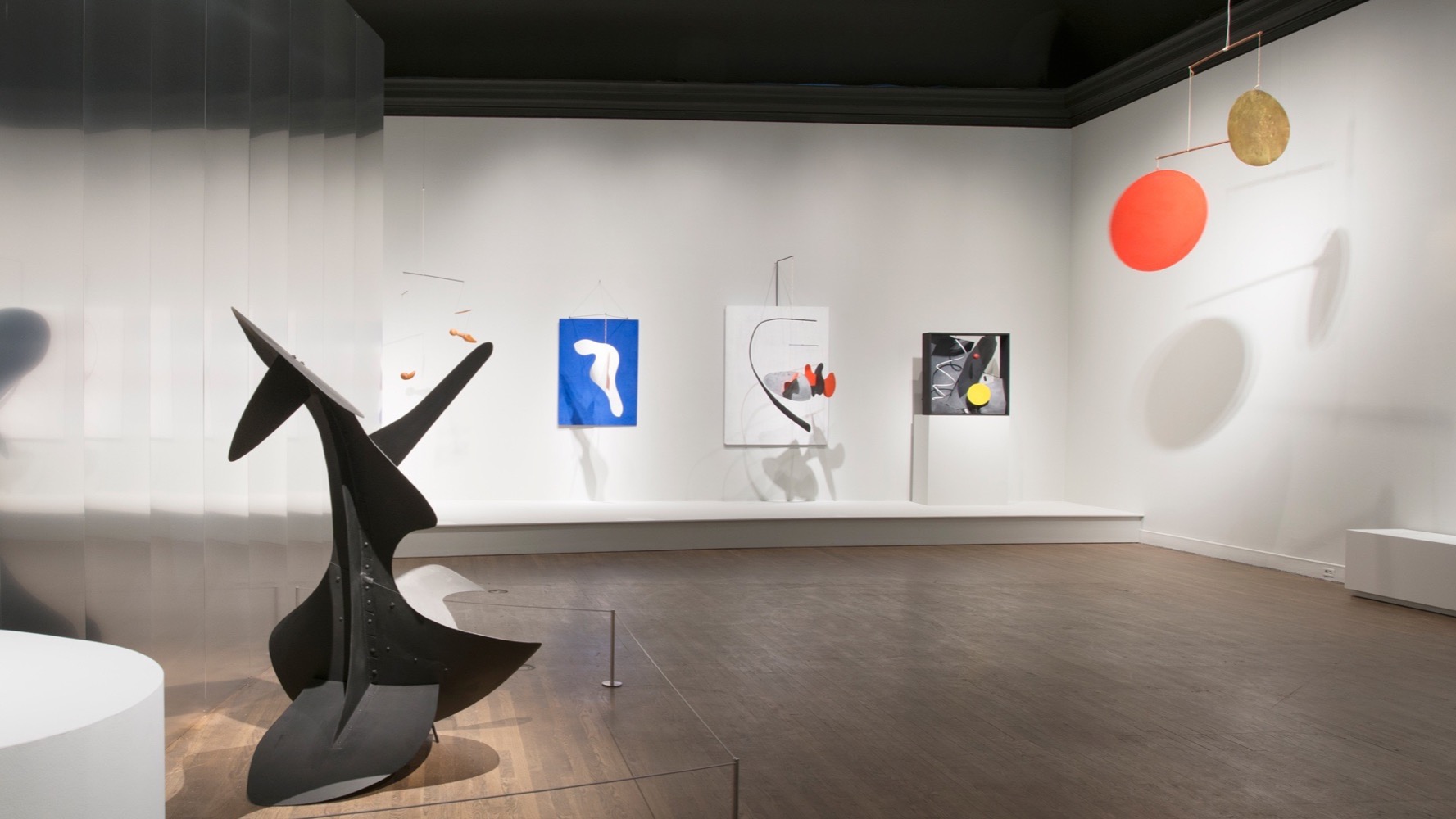 Our city is home to a true cultural icon, and the most important public art work in Canada, Calder’s monumental sculpture Trois disques, or as Montrealers affectionately call it, Man, remembering “Man and His World.” Evoking humanism as did Expo 67 – an exhibition that looked toward the future – this sculpture alludes to humanity’s technical progress and efforts, and its aspiration toward a collective harmony. 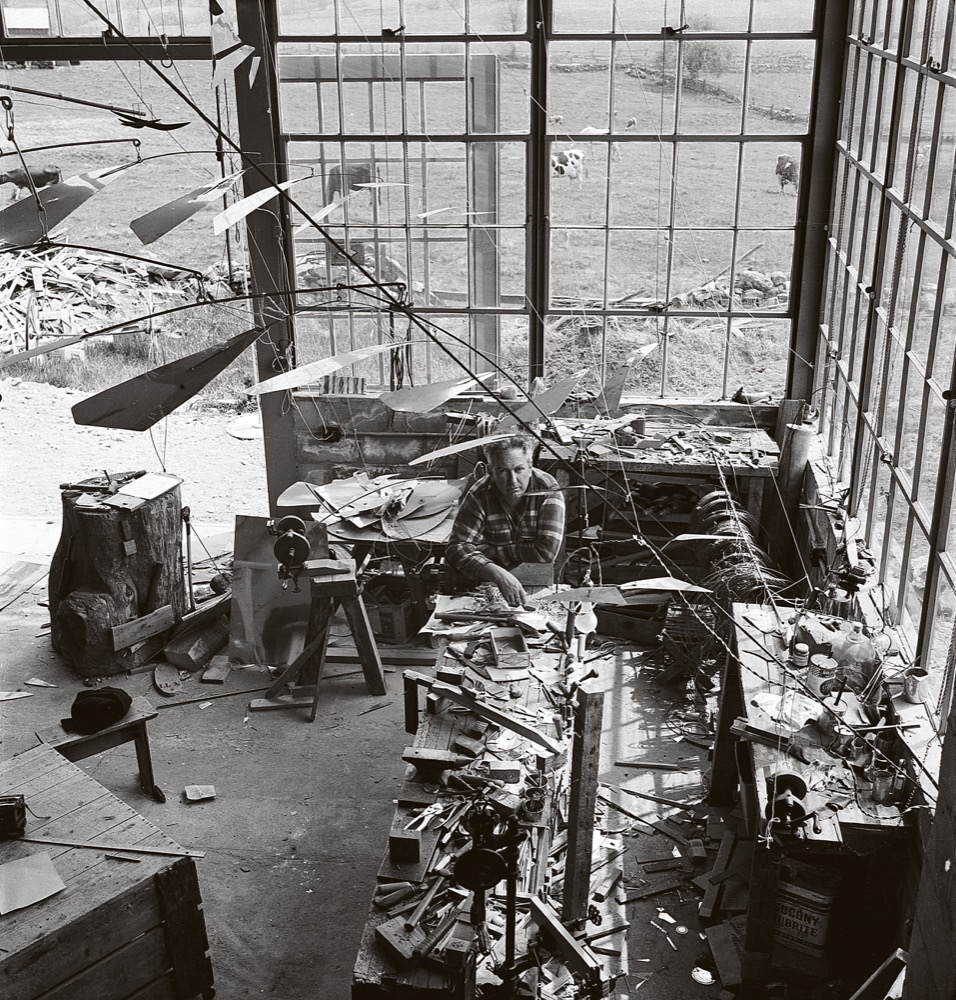 This French-speaking, francophile American moved in the cosmopolitan modernist avant-garde circles of 1920s Paris with figures such as Arp, Cocteau, Le Corbusier, Duchamp, Léger, Miró, Mondrian, Man Ray, Prévert and many others. His art, lively and serious at the same time, attracted crowds from the very start of his career, with his miniature circus and wire portraiture. Today, in Montreal, world capital of the circus arts, Calder’s talents as a performance artist, inventor, painter and sculptor are revealed.

While best known for his invention of the mobile, he worked in an astonishing array of media, including drawings, sculptures, paintings, design (for textiles and posters) as well as stage sets and props for dance and music performances. During his lifetime Calder created over 22,000 works and exhibited on five continents.

Every day, watch Calder mobiles being set in motion by one of the Museum’s expert handlers.

Around the exhibition: unforgettable events and experiences

Given that the interaction between object and viewer is essential to experiencing Calder’s work, visitors will be treated to a presentation at the entrance to the exhibition, which is the fruit of a creative collaboration between Cirque du Soleil and the MMFA, in tribute to Calder. Using a turntable placed under the impressive mobile Red Lily Pads (1956) – an exceptional loan from the Solomon R. Guggenheim Museum – visitors will observe the work revolving in slow motion.

In a space adjoining the exhibition, the Museum invites visitors to immerse themselves in the dazzling cities where Calder left his mark – from Paris and New York in the 1920s to Montreal during Expo 67. Designed in partnership with Mere Phantoms, a collective composed of Montreal artists Maya Ersan and Jaimie Robson, this participatory installation consists of a play of shadows and light where visitor can create an imaginary cityscape highlighting various elements of the sculptor’s practice: movement, the circus theme, shadows and experimentation. In addition, images of personalities like Josephine Baker and Kiki de Montparnasse, important models and muses for Calder, provide the opportunity to reflect on questions of women and freedom in the 1920s.

Publisher: Montreal Museum of Fine Arts in collaboration with Editions 5 Continents
Price: Can $60 (+ taxes). Available at the Museum Boutique and Bookstore.

Enhance your experience with an audioguide or a guided tour!

You can also access the audioguide from the MMFA app.

For the schedule of guided tours, see the Cultural Calendar.

An exhibition developed, organized and circulated by the Montreal Museum of Fine Arts in collaboration with the Calder Foundation. It is curated by Elizabeth Hutton Turner, Guest Curator, and Anne Grace, Exhibition Curator at the MMFA, under the direction of Nathalie Bondil, Director General and Chief Curator of the MMFA.

The exhibition is developed, organized and circulated by the Montreal Museum of Fine Arts in collaboration with the Calder Foundation.

The exhibition and its international tour were made possible thanks to the generous support of the Terra Foundation for American Art, Major Benefactor of Alexander Calder: Radical Inventor.

The Museum wishes to underline the invaluable contribution of Pembroke and Provencher_Roy Architects. It further acknowledges the vital contribution of Air Canada, the Angel Circle of the MMFA and its media partners: Bell, La Presse+ and the Montreal Gazette.

The exhibition also received support from the Department of Canadian Heritage through the Canada Travelling Exhibitions Indemnification Program. The Museum extends its thanks to Quebec’s Ministère de la Culture et des Communications, the Conseil des arts de Montréal and the Canada Council for the Arts for their ongoing support.

The Museum’s International Exhibition Programme receives financial support from the Exhibition Fund of the MMFA Foundation and the Paul G. Desmarais Fund.

The Museum would also like to thank its Volunteer Guides for their abiding dedication, as well as all its members and the many individuals, corporations and foundations – in particular the Fondation de la Chenelière, directed by Michel de la Chenelière, and Arte Musica, presided over by Pierre Bourgie – for their generosity.

We would also like to extend our gratitude to all those who, through their generous assistance, encouragement and support, made this exhibition and its scholarly publication possible.

« The first Canadian retrospective of Alexander Calder (1898-1976) is being presented by the Montreal Museum of Fine Arts (MMFA). Alexander Calder: Radical Inventor offers over 150 works- paintings, sculptures, jewellery and other graphic works. It is a must-see! »

« Strolling around the airy rooms of Radical Inventor, seeing the childlike looks on the faces of fellow visitors, what strikes you most is the way Calder’s work stays new. After decades of high-profile international exposure, and despite widespread imitation, it retains its capacity for surprise and delight. »