The Montreal Museum of Fine Arts is presenting the very first exhibition on the work of French creator Thierry Mugler. Initiated, produced and circulated by the MMFA, this retrospective reveals the multiple worlds of this irrepressible artistic figure – at once visionary couturier, director, photographer and perfumer – by revisiting his prêt-à-porter and haute couture creations.

Premiering in Montreal, Thierry Mugler: Couturissime brings together more than 150 garments made between 1977 and 2014, most of which are being shown for the first time, as well as a wealth of unpublished archival documents and sketches. One hundred or so photographs by such world-renowned fashion photographers as Helmut Newton, Sarah Moon, Pierre et Gilles, David LaChapelle, Paolo Roversi, Herb Ritts, Dominique Issermann, Guy Bourdin and Richard Avedon, to name a few, round out the show. Each of the immersive galleries has been designed in collaboration with talented artist-designers and set designers, including Michel Lemieux, Philipp Fürhofer and Rodeo FX.

Continue your visit with the exhibition Montreal Couture, presented alongside Thierry Mugler: Couturissime and included in your admission fee. 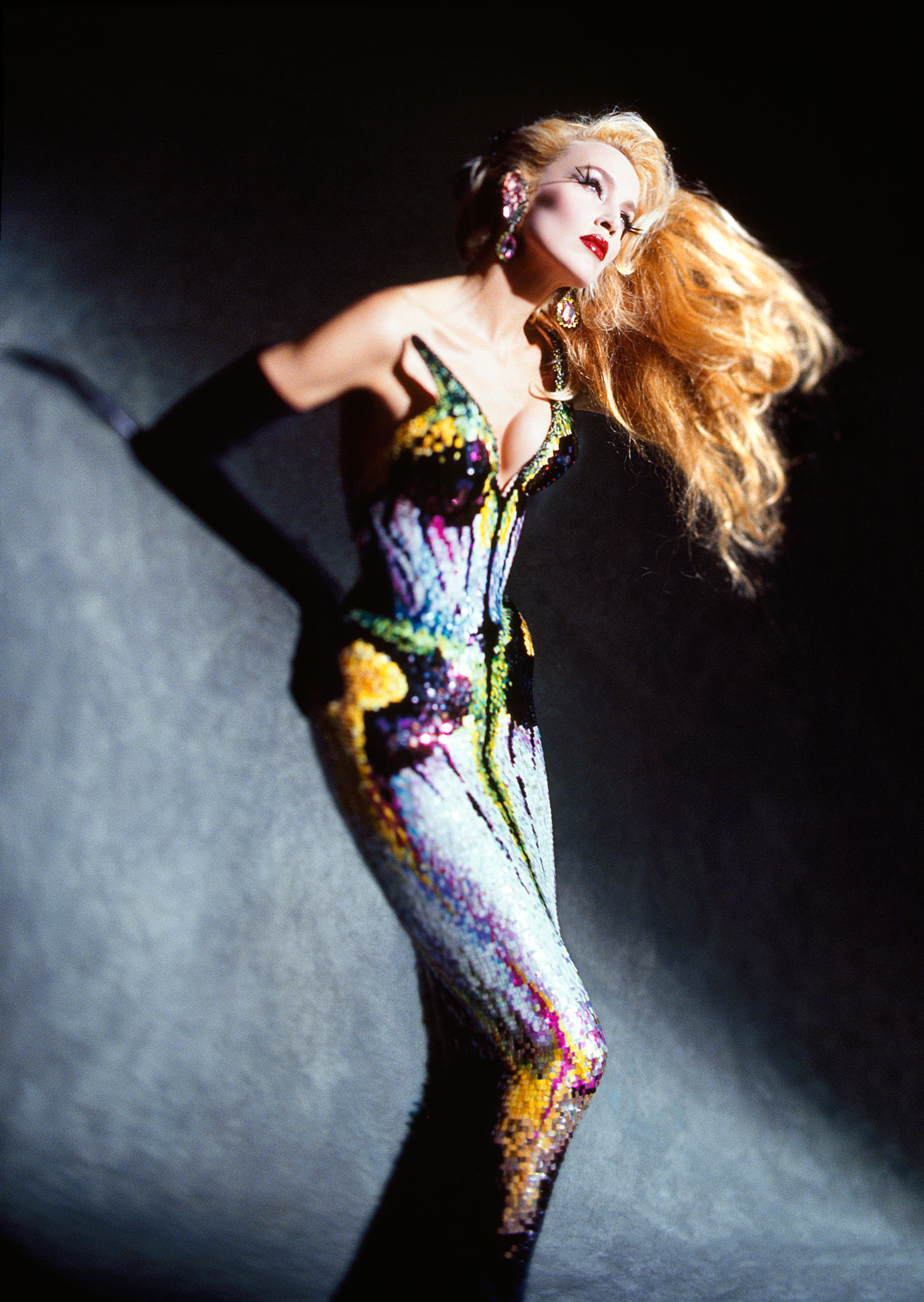 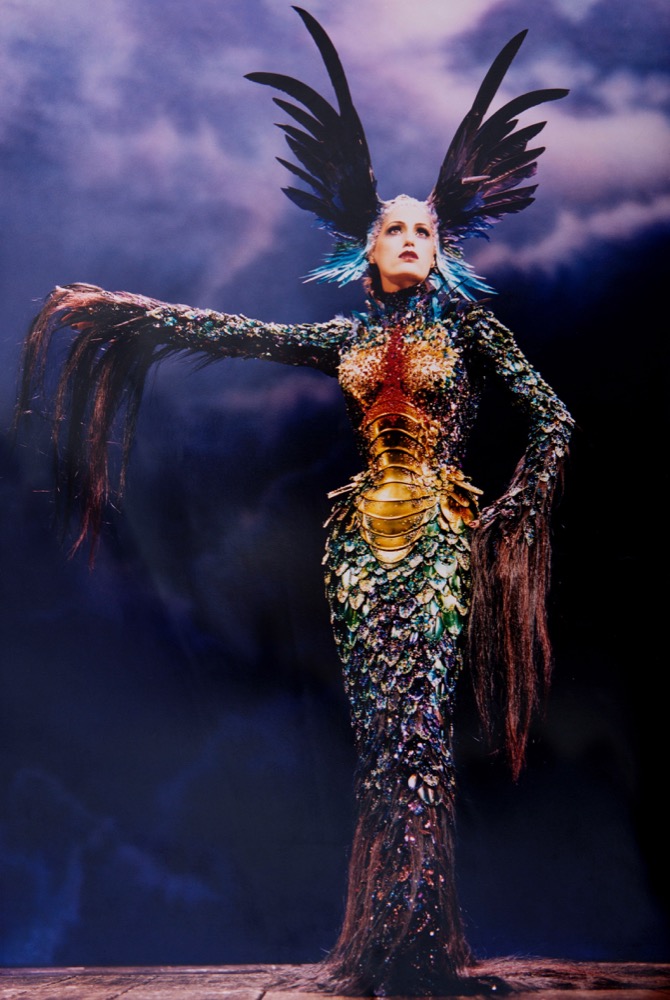 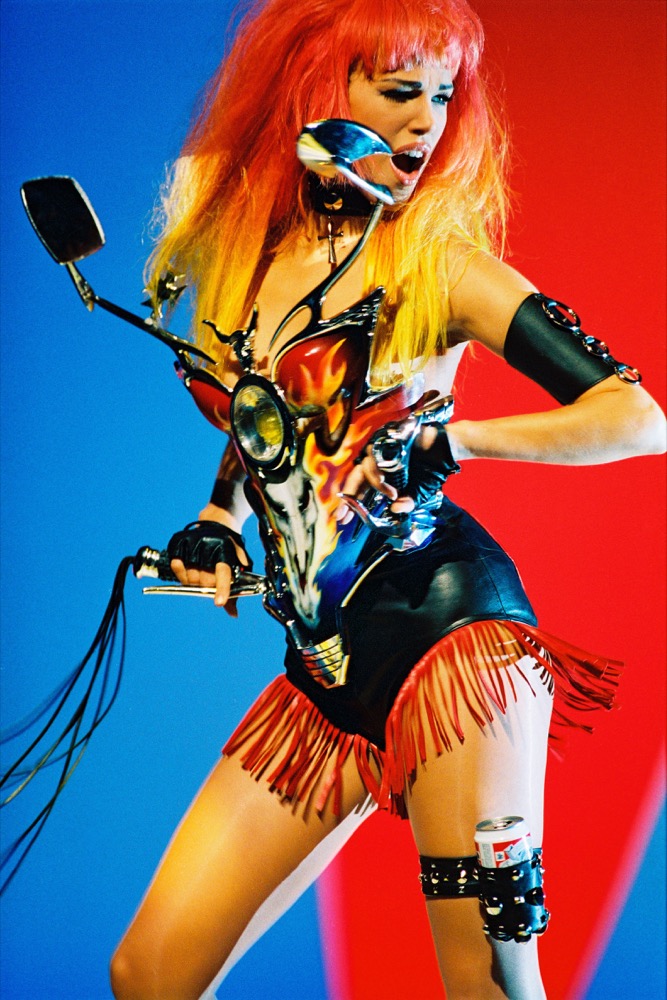 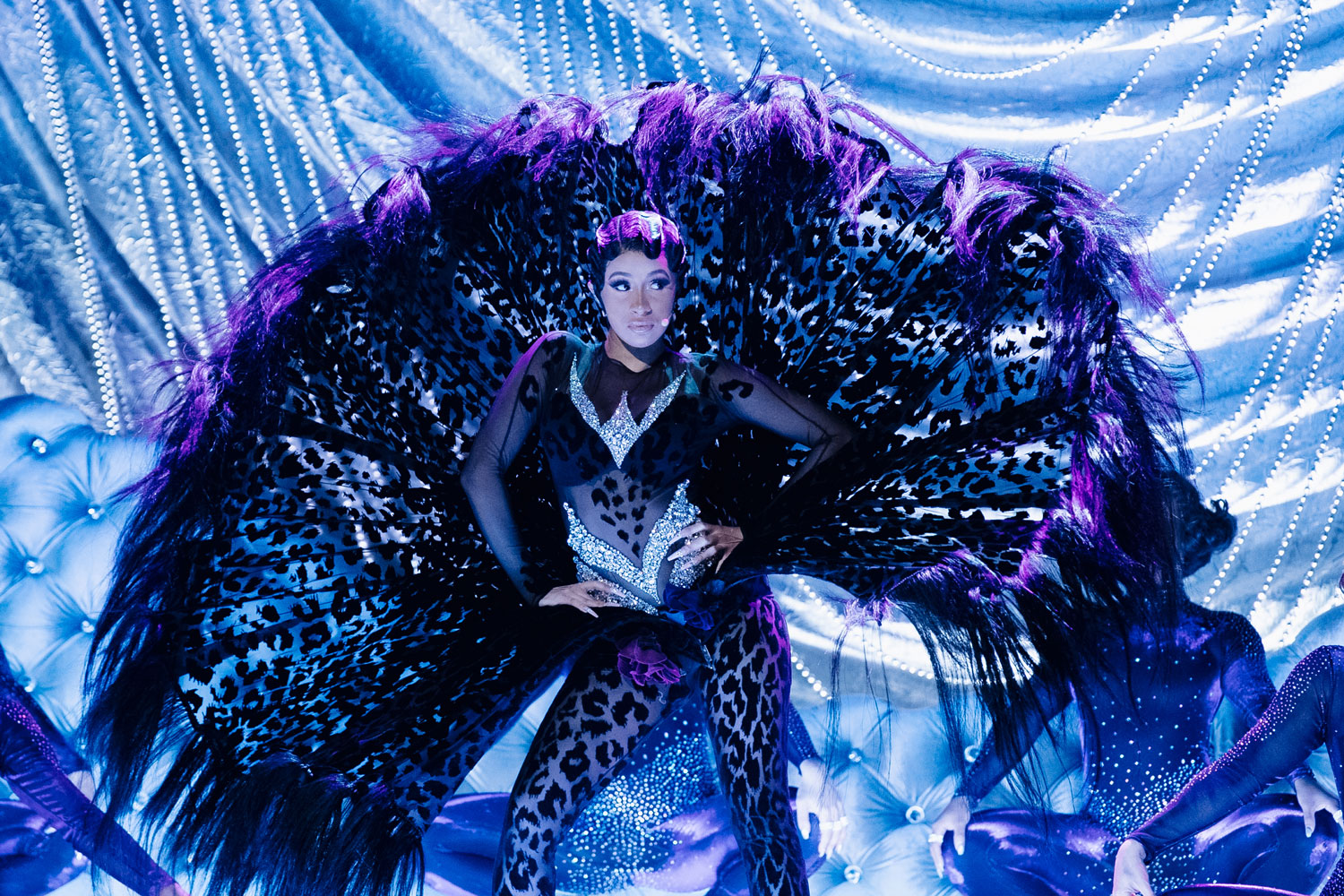 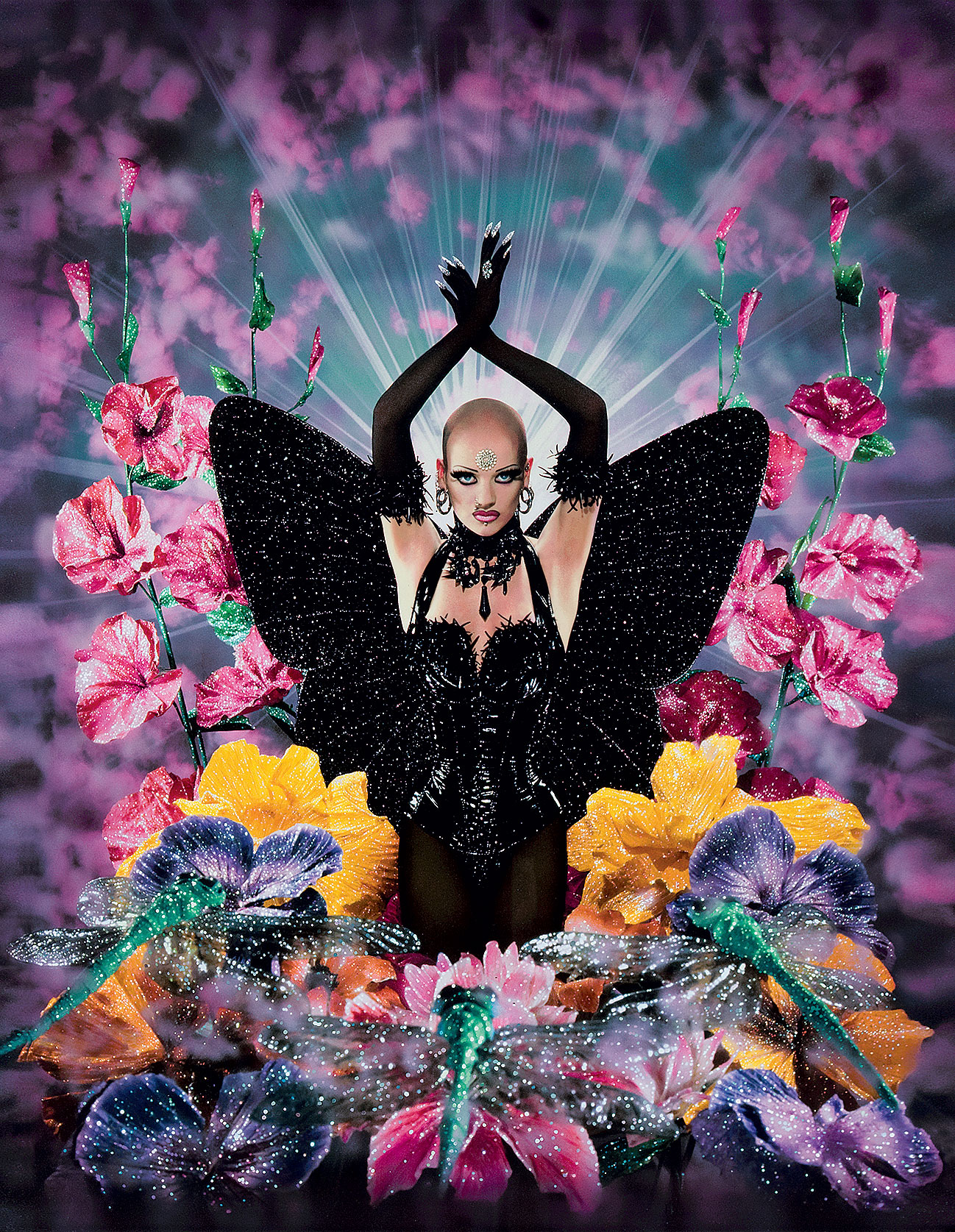 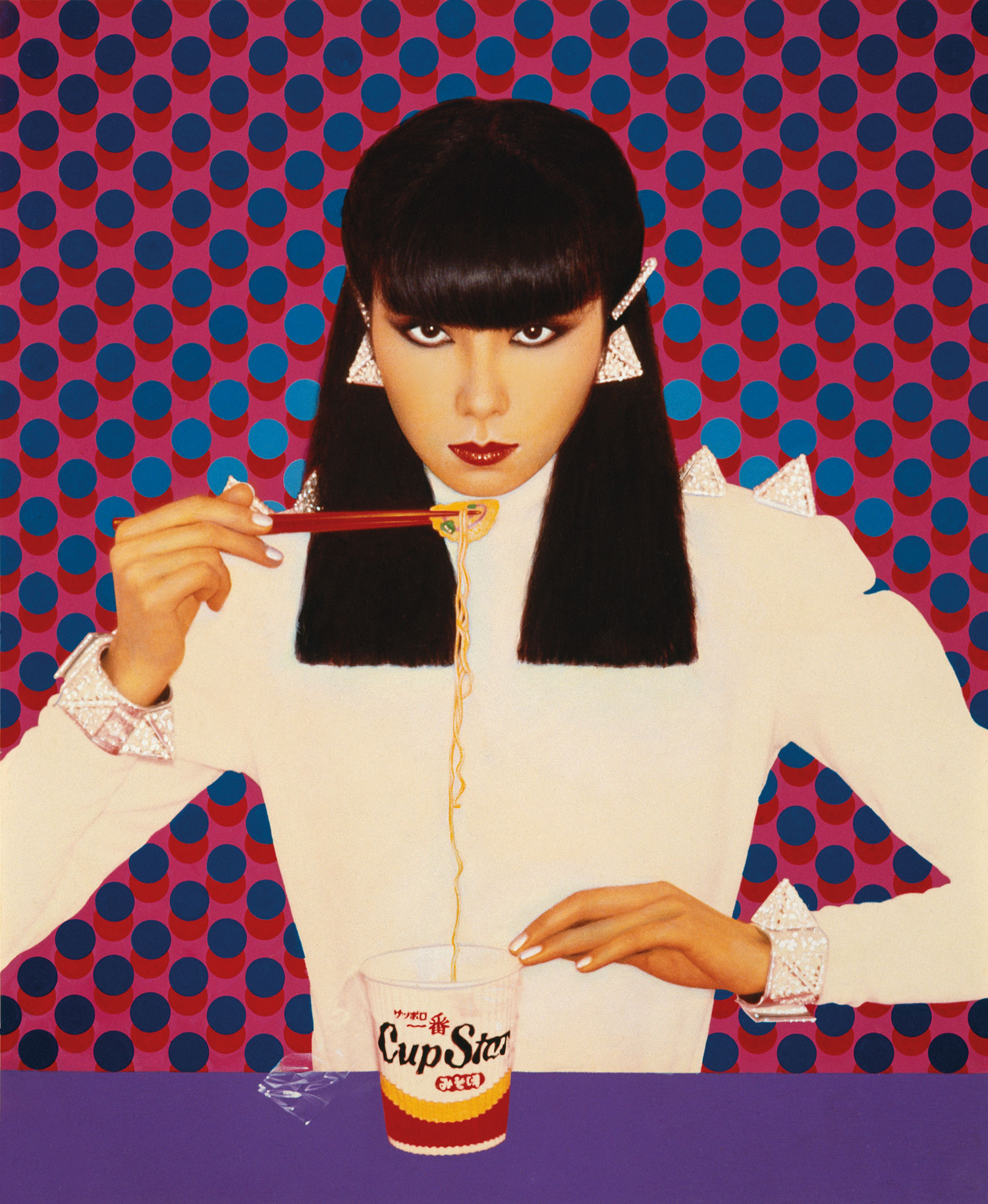 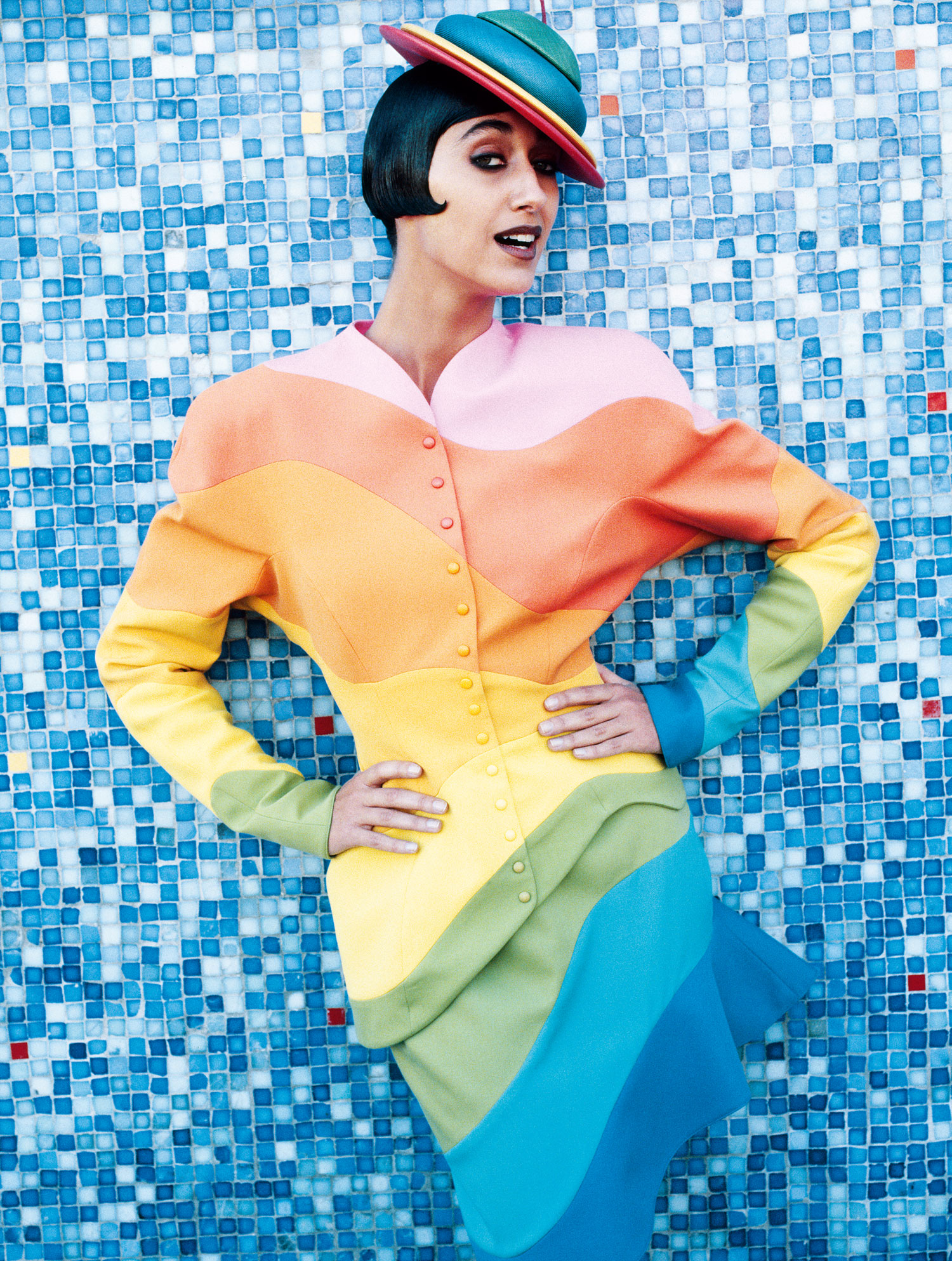 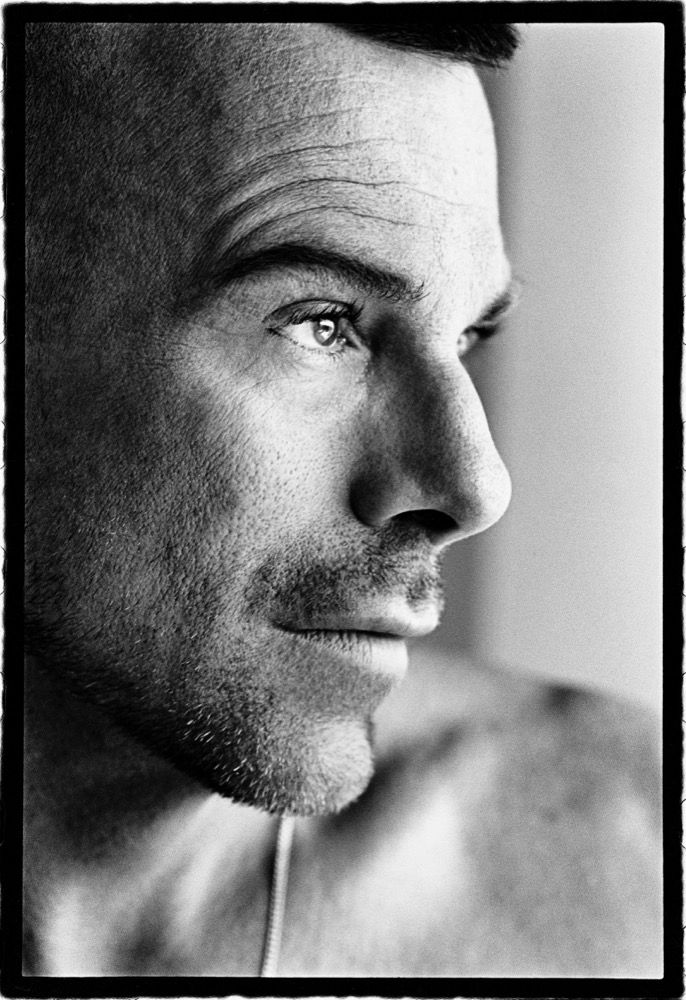 Thierry Mugler has staged some of the most spectacular fashion shows of his time. He also notably created the stage costumes for Shakespeare’s Macbeth, for the Comédie-Française and Festival d’Avignon, and for Cirque du Soleil’s Zumanity. He has dressed myriad celebrities, including Diana Ross, David Bowie, Lady Gaga, Liza Minnelli and Quebec’s Diane Dufresne and Céline Dion. Moreover, he created the costumes for many of Mylène Farmer’s and Beyoncé’s tours and videos. As a photographer and director, he made the iconic 1990s video Too Funky by British singer George Michael (1963-2016), as well as short films starring actresses Isabelle Huppert and Juliette Binoche.

Over the course of his career, Mugler has collaborated prolifically with renowned filmmakers, architects, photographers and artists, including Andrée Putman, for his boutiques, as well as Helmut Newton, Dominique Issermann, Guy Bourdin, Herb Ritts, David LaChapelle and Pierre et Gilles.

In a space adjoining to the exhibition, the Boîte à Couture offers people of all ages the opportunity to explore the fashion professions – embroidery, millinery, tailoring, lace-making, textile development, felting, leather-making, dyeing, weaving, knitting – and the origins of haute couture, in free creative workshops.

The Boîte à couture was curated by Véronique Borboën, professor and scenographer at UQAM Theatre School. The scenography of the coral-coloured space was created by Catherine Nadeau and Melissa Thompson of Cirque du Soleil, Montreal. 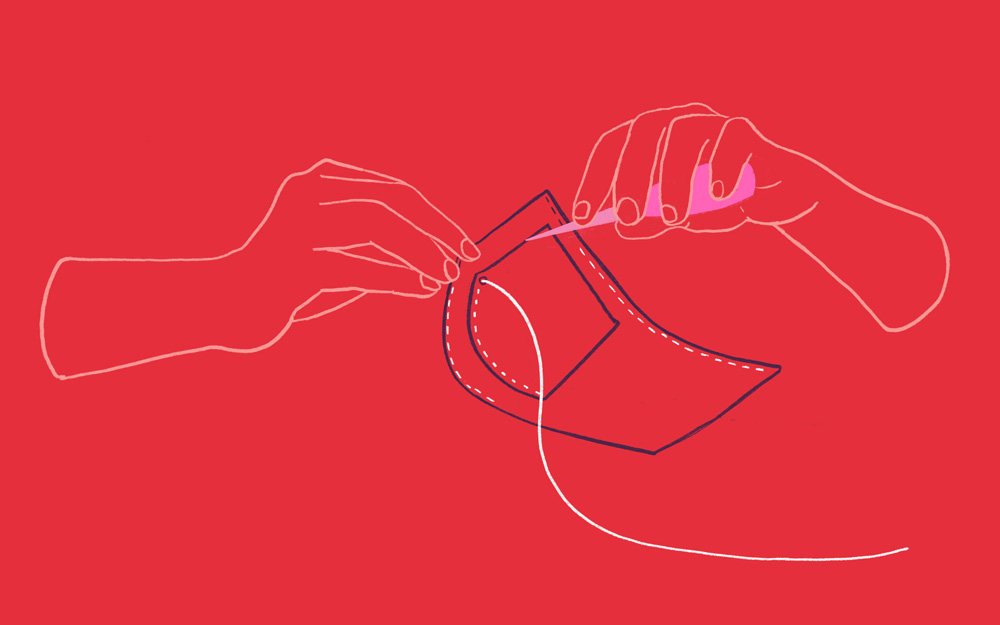 The perfect companion to the eponymous exhibition, Thierry Mugler: Couturissime is the first scholarly publication dedicated to fashion designer Thierry Mugler. The result of extensive research, this book edited by Thierry-Maxime Loriot, contains essays by Jeanne Beker, Nathalie Bondil, Marie Colmant, Matthias Harder, Jack Lang, Amélie Nothomb, Lou Stoppard, Stefano Tonchi and Shelly Verthime. It includes more 350 archival images and previously unpublished photographs by the biggest names in fashion photography, in addition to photographs by Mugler himself. It was published by the Montreal Museum of Fine Arts’ Publishing Department in collaboration with Phaidon. The graphic design is by Paprika, Montreal.

The exhibition is initiated, produced and circulated by the Montreal Museum of Fine Arts (MMFA), in collaboration with the Clarins Group and the Maison Mugler.

It was curated by Thierry-Maxime Loriot, under the direction of Nathalie Bondil, Director General and Chief Curator, MMFA. The exhibition design was overseen by Sandra Gagné, Head of Exhibitions Production, MMFA.

The presentation of Thierry Mugler: Couturissime was made possible with the generous support of RBC Royal Bank, in collaboration with Hans Boodt Mannequins, Tourisme Montréal, Audi and La Presse+, official media partner. The Museum underscores the important contribution of Michel Phaneuf, Holt Renfrew and Ogilvy, LaSalle College and the Consulat Général de France à Québec, proud partners of the exhibition, and recognizes the vital contribution of Air Canada, the MMFA’s Angel Circle, and media partners Bell and the Montreal Gazette.

The Museum extends its thanks to Quebec’s Ministère de la Culture et des Communications, the Conseil des arts de Montréal and the Canada Council for the Arts for their ongoing support.

The Museum’s International Exhibition Program receives financial support from the Exhibition Fund of the MMFA Foundation and the Paul G. Desmarais Fund.

The Museum would also like to thank its Volunteer Guides for their abiding dedication, as well as all its members and the many individuals, corporations and foundations – in particular the Fondation de la Chenelière, directed by Michel de la Chenelière, and Arte Musica, presided over by Pierre Bourgie – for their generosity.

We further extend our gratitude to all those who, through their generous assistance, encouragement and support, made this exhibition and its scholarly publication possible.

The Montreal Museum of Fine Arts (MMFA) wishes to thank all the creators and collaborators who were involved in designing and producing the exhibition Thierry Mugler: Couturissime: Manfred Thierry Mugler and his teams, Sandrine Groslier of the Clarins Group and her teams, Michel Lemieux of Lemieux Pilon 4D Art (Montreal), Rodeo FX (Montreal), Philipp Fürhofer (Berlin), Tord Boontje (London), Swarovski (Wattens), Hans Boodt Mannequins (Rotterdam) and the Helmut Newton Foundation (Berlin). The Museum also thanks the Clarins Group for providing access to its archives and the restoration of garments.

"The team has made an adventure of some 150 garments, most of which have never been exhibited and might better be described as follies, fantasies and phantasmagoria."

"In what will be a first for the designer Thierry Mugler, the Montreal Museum of Fine arts is to stage a sprawling exhibition of his multidisciplinary work."

"The first presentation of his fantastical creations is being prepared for a museum show in Montreal."

"The designer was indeed ahead of his time."

"Manfred Thierry Mugler deserves to be recognised and applauded as a unique and important player on the fashion stage."

"Mugler is going to be a smash."

"For fashion history buffs, this Mugler show is a mouthwatering proposition [... ] but for pop culture aficionados, it’s also an education about some high-profile celebrity dressing we’ve noticed in recent weeks."

"The MMFA will host the first-ever exhibit dedicated to Manfred Thierry Mugler, one of the most influential designers of the eighties and nineties."

"Many of the couture pieces took hundreds of hours to create and have rarely been seen publicly, if ever."

"[Thierry-Maxime] Loriot and [Nathalie] Bondil themselves are bringing a new, fresh approach to their domain, as museums increasingly open their doors to fashion—and massive acclaim."

"Thierry Mugler gets a massive exhibition."

"Thierry Mugler Finally Got the Museum Retrospective He Deserves. "

"The first major exhibition of the onetime dancer who has embraced his dizzying pas de deux with fashion."

"The catalogue for the exhibition is glossy, the line-up of exhibits impressive."

"A world-first exhibition at the MMFA."

"A considerable coup for the museum."

"He has always been an outlier whose work is provocative and unapologetically designed for women who own their sexuality and power."

"He who once was master of the catwalks and guru of Lady Gaga and Beyoncé returns in full force in 2019 with what promises to be one of the year’s top exhibitions."

"[Thierry-Maxime] Loriot is considered one of the most reputable experts worldwide when it comes to establishing exhibition parameters for something as complex as fashion."

"A rare glimpse into the singular designer’s fearless universe."

"The Montreal Museum of Fine Arts continues to cement its name not only as a venue for an expansive collection of fine arts, but also as the organizer of meticulously-crafted exhibitions dedicated to groundbreaking fashion designers."

"The ambitious retrospective immerses viewers in the unabashedly colorful and fantastical universe of the French designer."

"A testament to female empowerment and to one’s assumption of their sexual identity without turning into a subject of male gaze."

"The only place where folks can get close to high fashion."

"Even if your don’t know fashion, you won’t tired of this exhibition."

"It should not be missed."

"If you need a little bit more sparkles, fantasy, drama in your life, even if it’s just to dream about, you may want to head over the Montreal Museum of Fine Arts for a look at the fantastical world of fashion."

Rebecca Ugolini, CBC Radio One, All in a Weekend

"The 150-look show is a symphony of couture, visual effects, and theater."