The Montreal Museum of Fine Arts, a driving force in Canada’s cultural industry, contributes to promoting Quebec’s talent abroad. For the exhibition Jean-Paul Gaultier, the MMFA warmly thanks Denis Marleau and Stéphanie Jasmin from UBU compagnie de création, who created an audiovisual animation of the faces of some thirty models from Jolicoeur international. The MMFA also acknowledges the contribution of Moment Factory, which created the immersive installation specifically for the Grand Palais. This production would not have been possible without the services of our official transporter, Air Canada and Air Canada Cargo.

Mounting of the exhibition "The Fashion World of Jean Paul Gaultier" 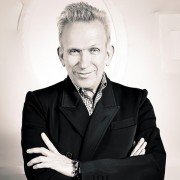 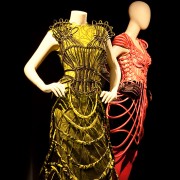 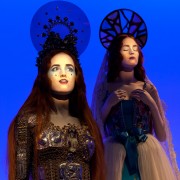 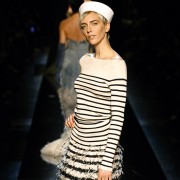 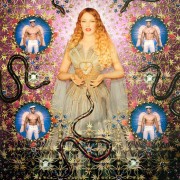