Inaugurated in September 2011, Bourgie Hall offers top-rate artistic programming and welcomes on its stage Canadian and international artists in equal numbers. Whether they are just starting out or already critically acclaimed, these musicians are chosen to perform in Bourgie Hall on the basis of their immense talent. The public can’t go wrong: audiences know that they can count on the quality of concerts “approved by Bourgie Hall!”

In addition to offering remarkable concerts at affordable prices, Bourgie Hall organizes music workshops for families and amateur musicians. These friendly encounters enable participants to develop their musical gifts in a convivial environment.

Bourgie Hall’s programming also brings out astonishing connections between music and art collections. To be discovered at the concerts or during events in the Museum’s exhibition rooms! 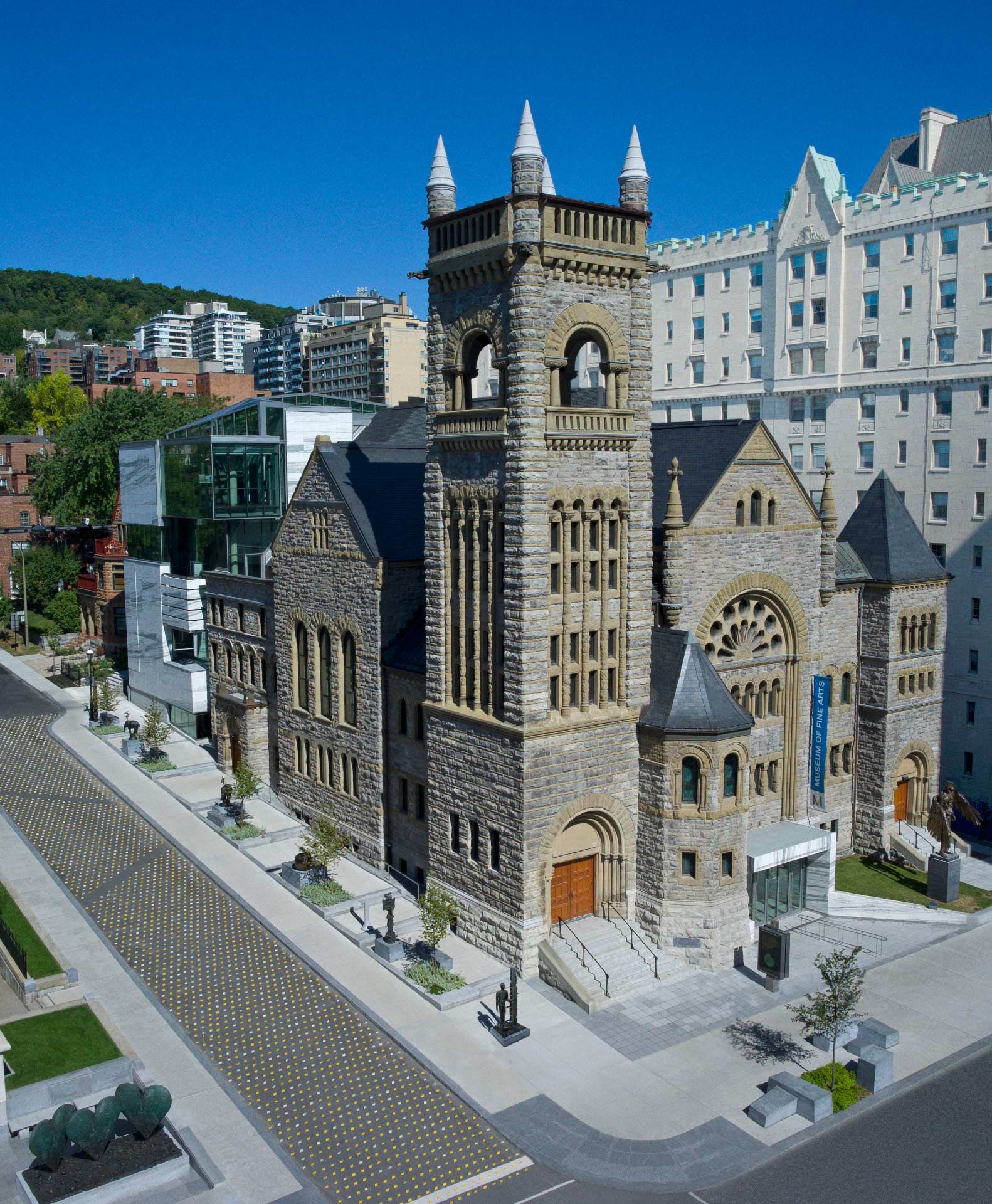 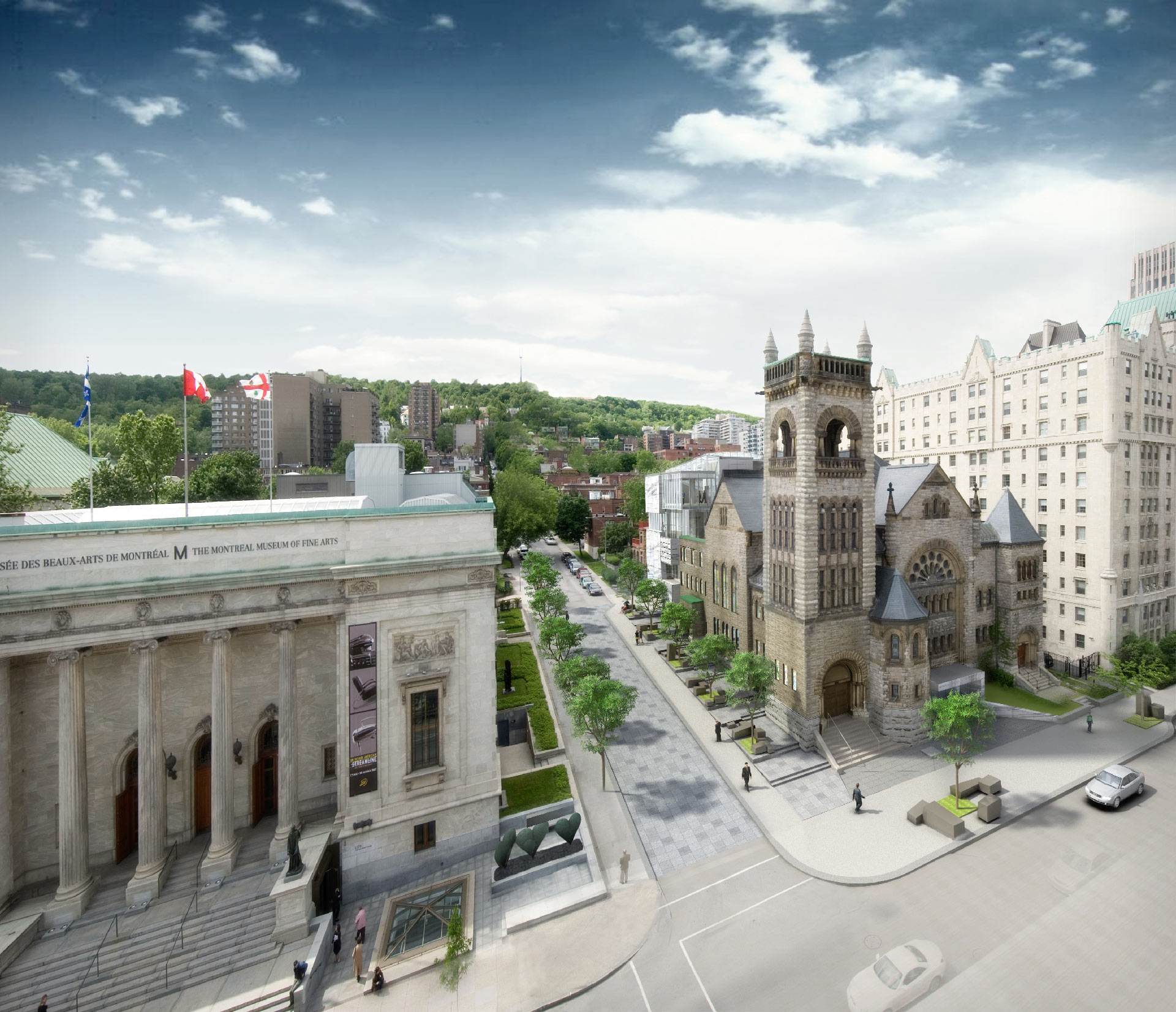 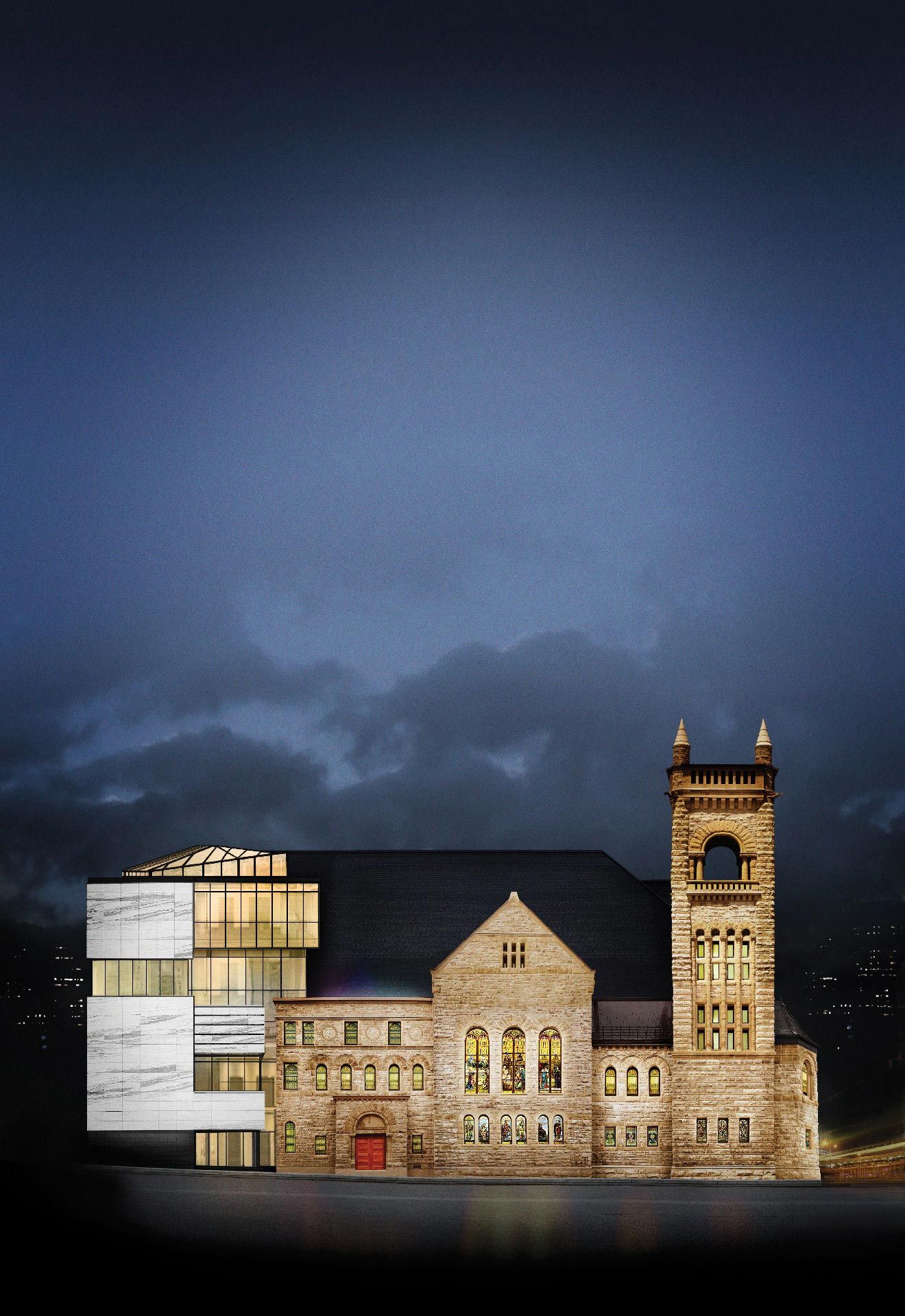 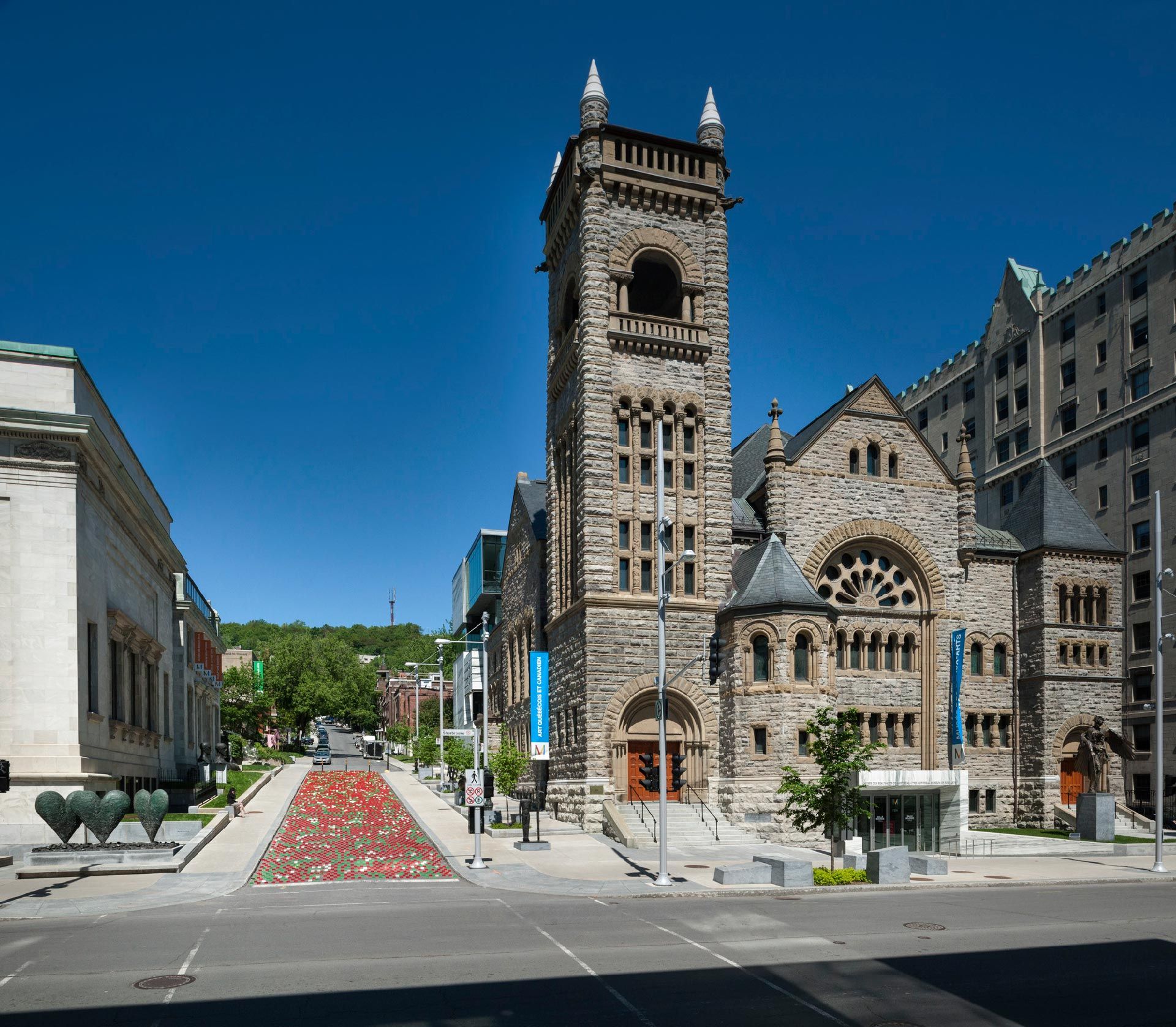 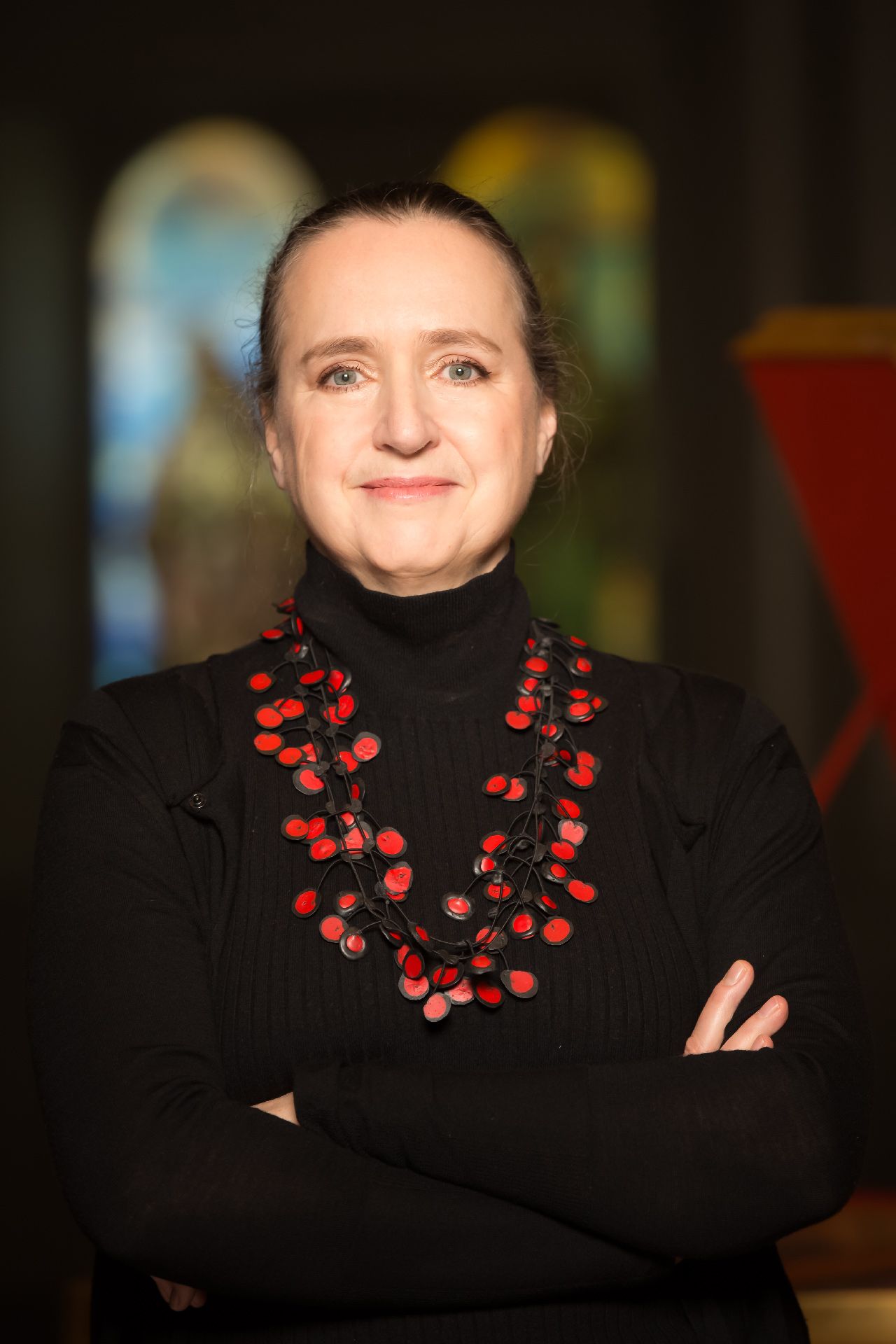 During this time of confinement, we recognize that art, and in particular music, play an irreplaceable role in the fulfillment of human beings and are a cornerstone of society which cannot be done without.

As we enter our 12th season, I am about to pass the torch to someone else. We've come long way since Bourgie Hall opened its doors in September 2011! I could line up columns of numbers: 1,860 concerts, complete works, discoveries, hundreds and hundreds of musicians from here and elsewhere...

But what persists in my mind are the countless moments of pure joy, those unforgettable instances when the music takes on its full meaning, when the sounds fill this magnificent space and when time stands still; moments of listening and sharing so intense that our hearts and minds are transported.

The 2022-2023 season will be similar to the previous ones, though with a few events to mark my departure. Notably, these include an invitation from Ensemble Caprice for a carte blanche concert on September 18, a farewell concert on January 21 to which the public is invited free of charge, and the final concert of the Complete Cantatas of J.S. Bach on March 26, when musicians from the Orchestre Métropolitain conducted by Yannick Nézet-Séguin will perform the famous Cantata 147, which inaugurated this cycle in September 2014 with Kent Nagano and musicians from the OSM. Between the beginning and the conclusion of this great exploit, we will have heard more than 200 works encompassing an extraordinary diversity of expression and feeling. Together and individually, Bach’s sacred cantatas constitute a tremendous sonic and spiritual universe. I hope that many of you will come to share with us the conclusion of this exceptional achievement, which is a first in Canada.

I believe that music will continue to resonate in Bourgie Hall, a place synonymous with conviviality, beauty, and harmony. And I know that you, dear audience, will be there to keep our cherished venue going for a long time to come.

Perfectly suited to the performance of chamber music, recitals, and concerts by other ensembles such as string orchestras, Bourgie Hall offers music lovers experiences that musically echo the great diversity of the Montreal Museum of Fine Arts’ collections.

Bourgie Hall envelops you; one might say it possesses something undefinable, a combination of simplicity, beauty, and transcendence. It is unique! - « Madeleine, spectator of the Bourgie Hall» 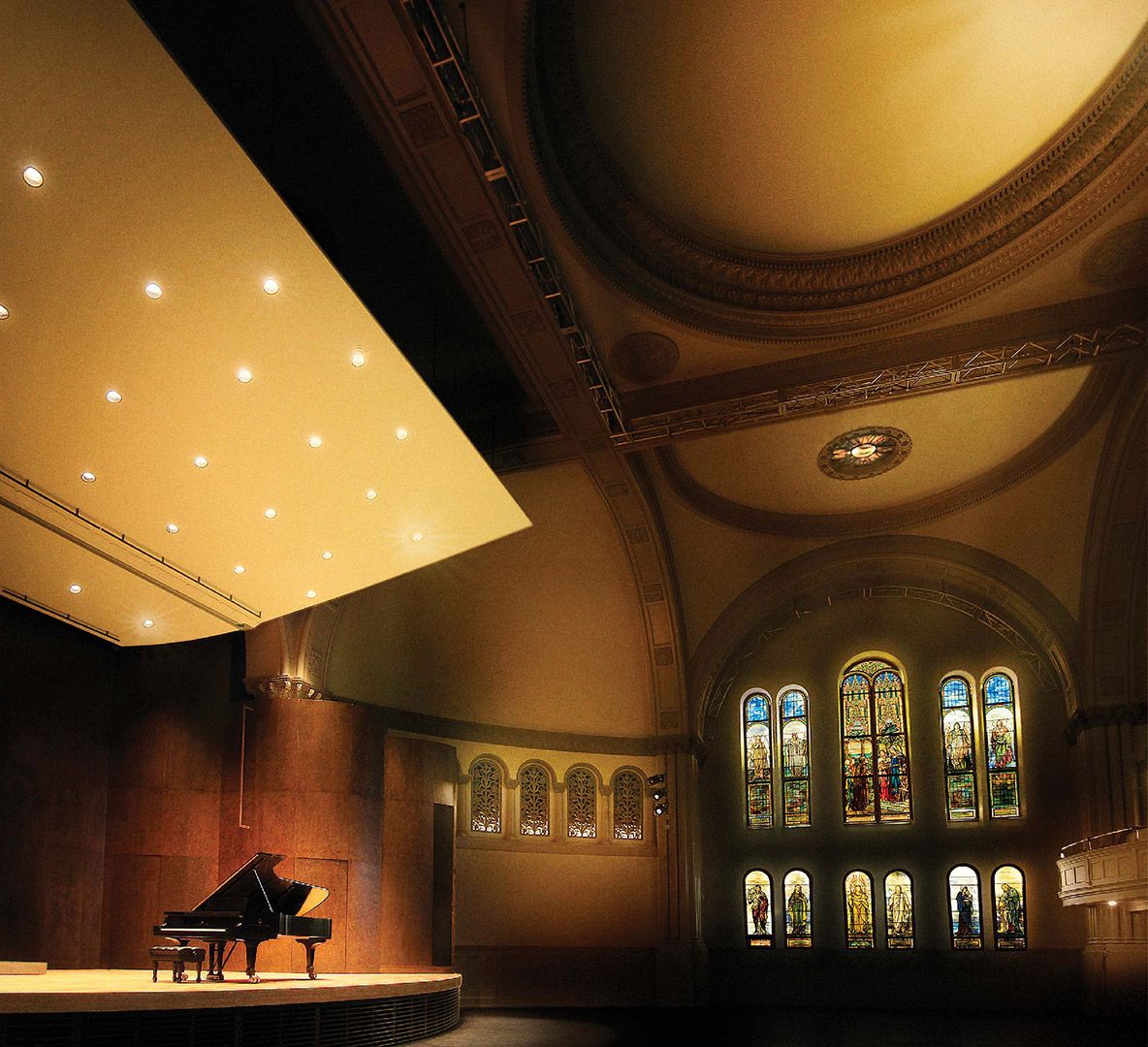 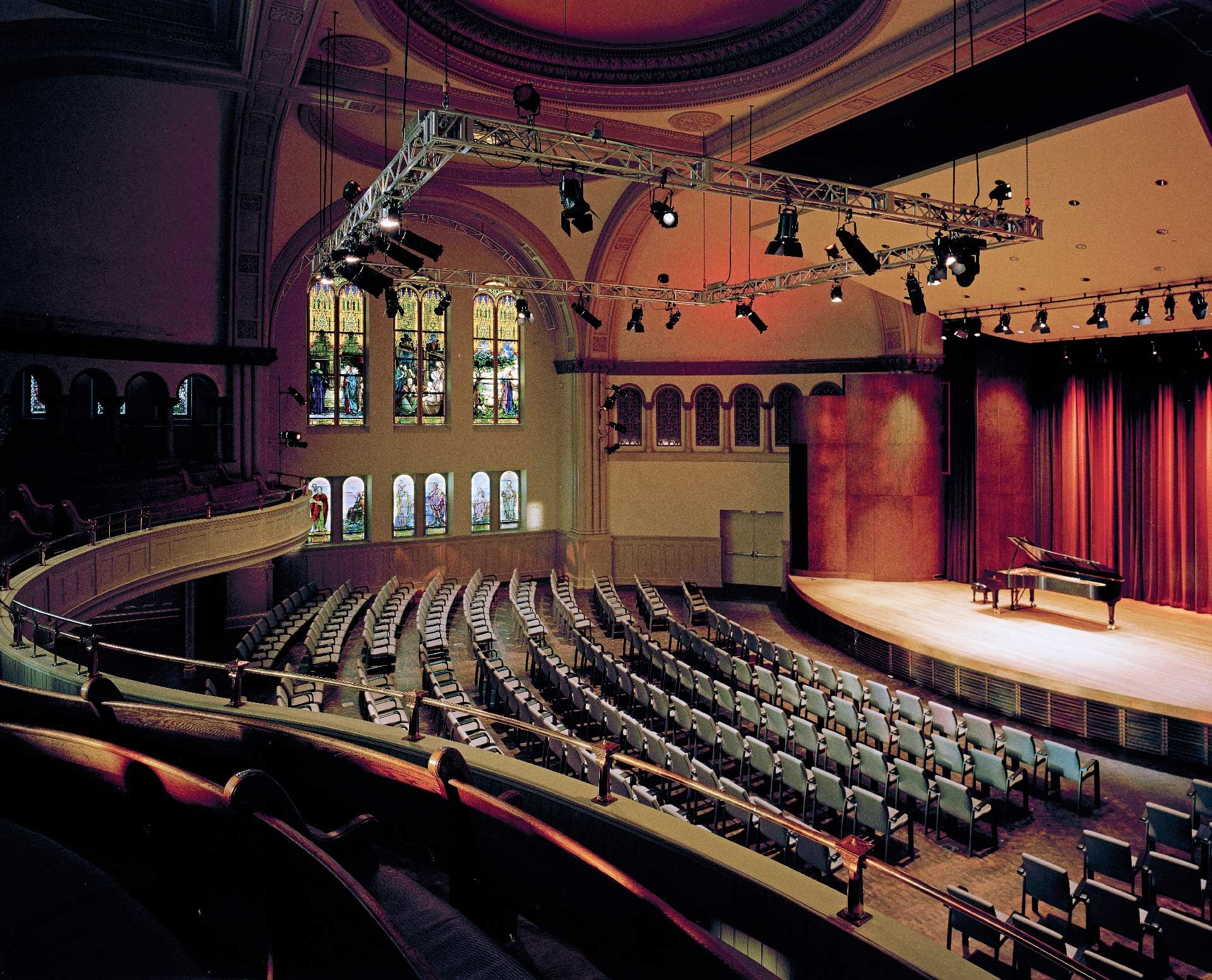 In September 2007, the Montreal businessman Pierre Bourgie created Arte Musica, a foundation in residence at the Montreal Museum of Fine Arts. Its mission was to develop Bourgie Hall within the very heart of the museum. Mr. Bourgie entrusted Madame Isolde Lagacé, who is highly regarded for her vast knowledge and experience of cultural environments, with the general and artistic direction of the new foundation. 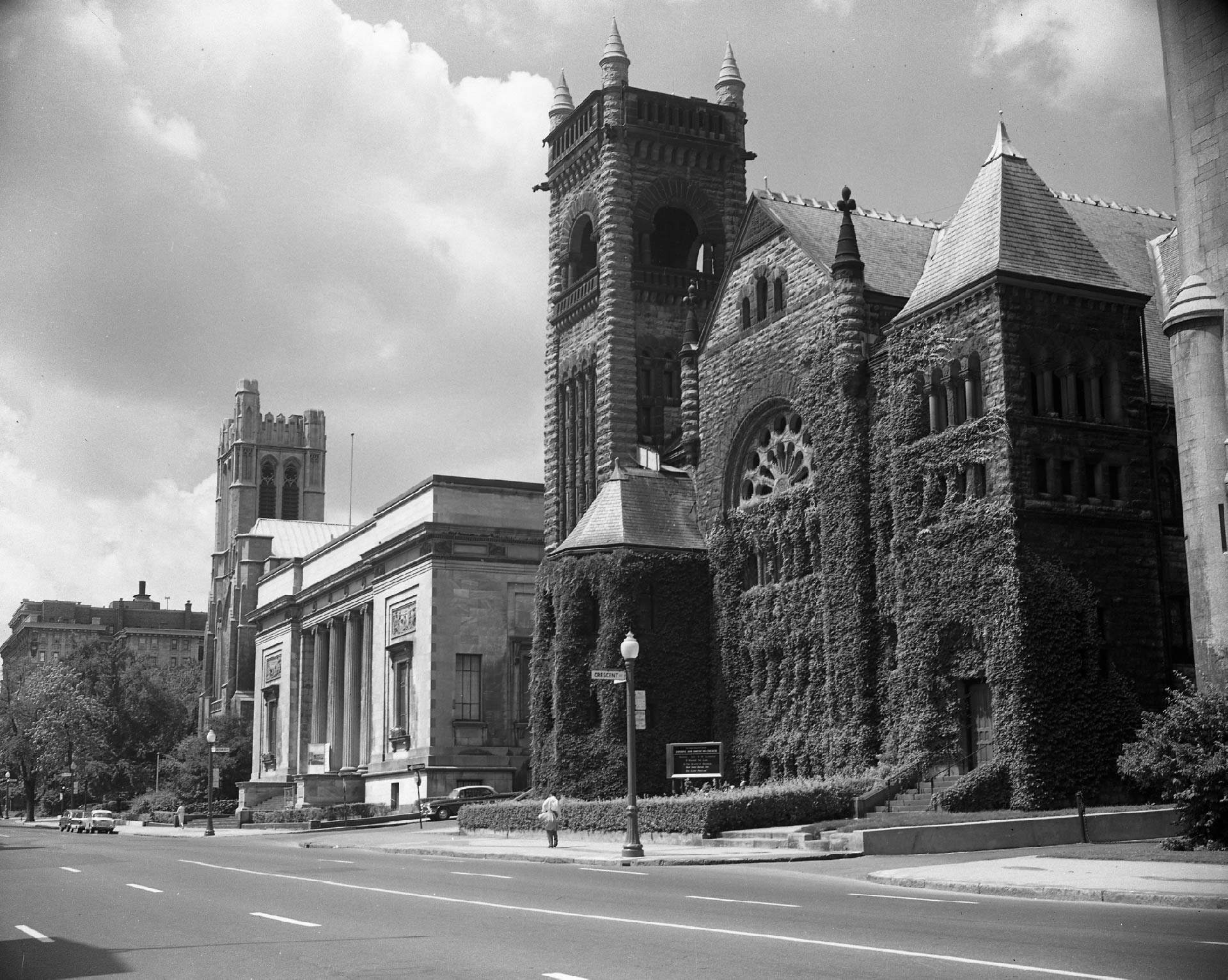 The restoration and reconversion into a concert hall of the nave of former Erskine and American Church, designated in 1998 as a “historical site of national interest,” gave way to a vast site for the study and restoration of an exceptional series of stained glass windows adorning the building, and now part of the Museum’s collections. 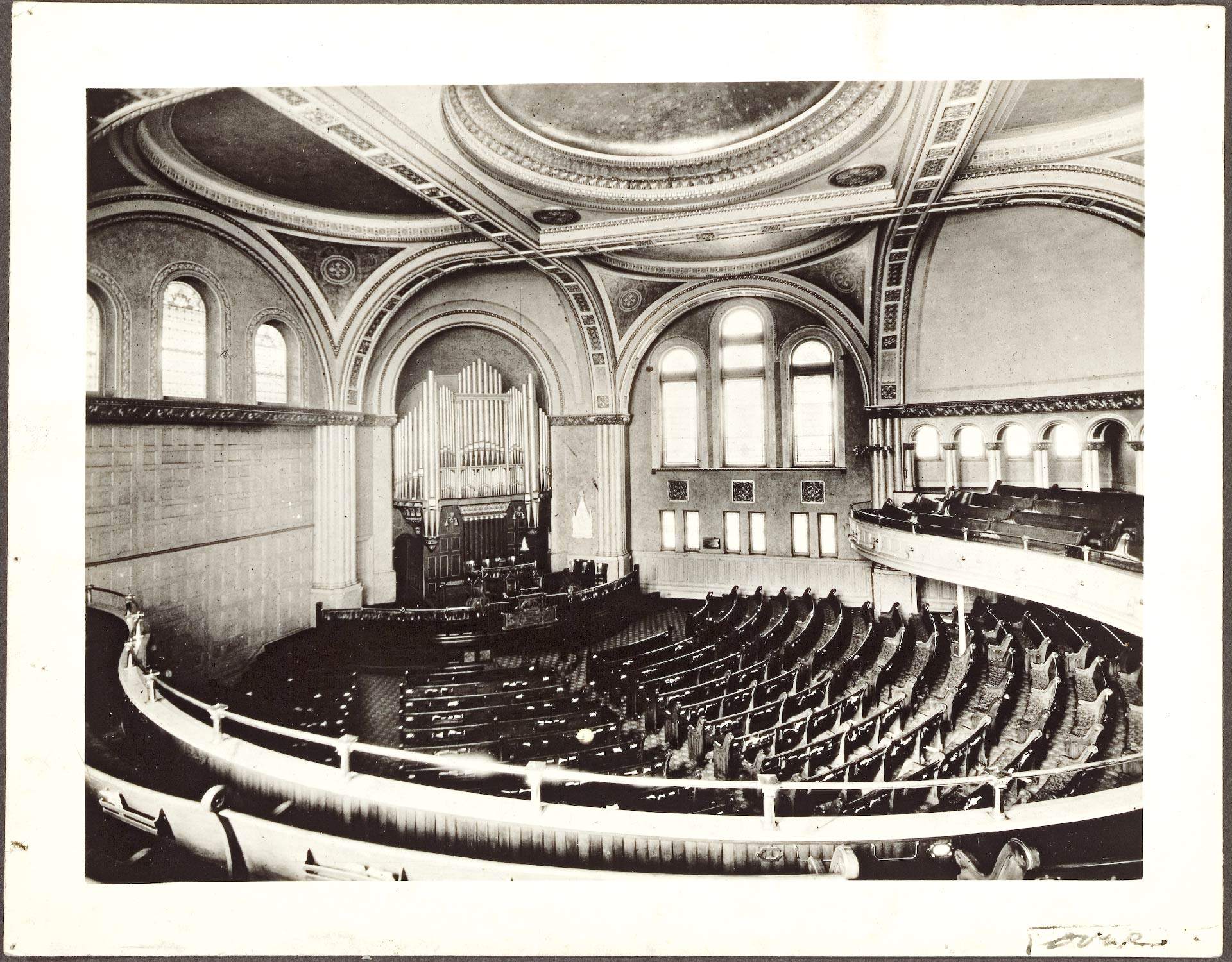 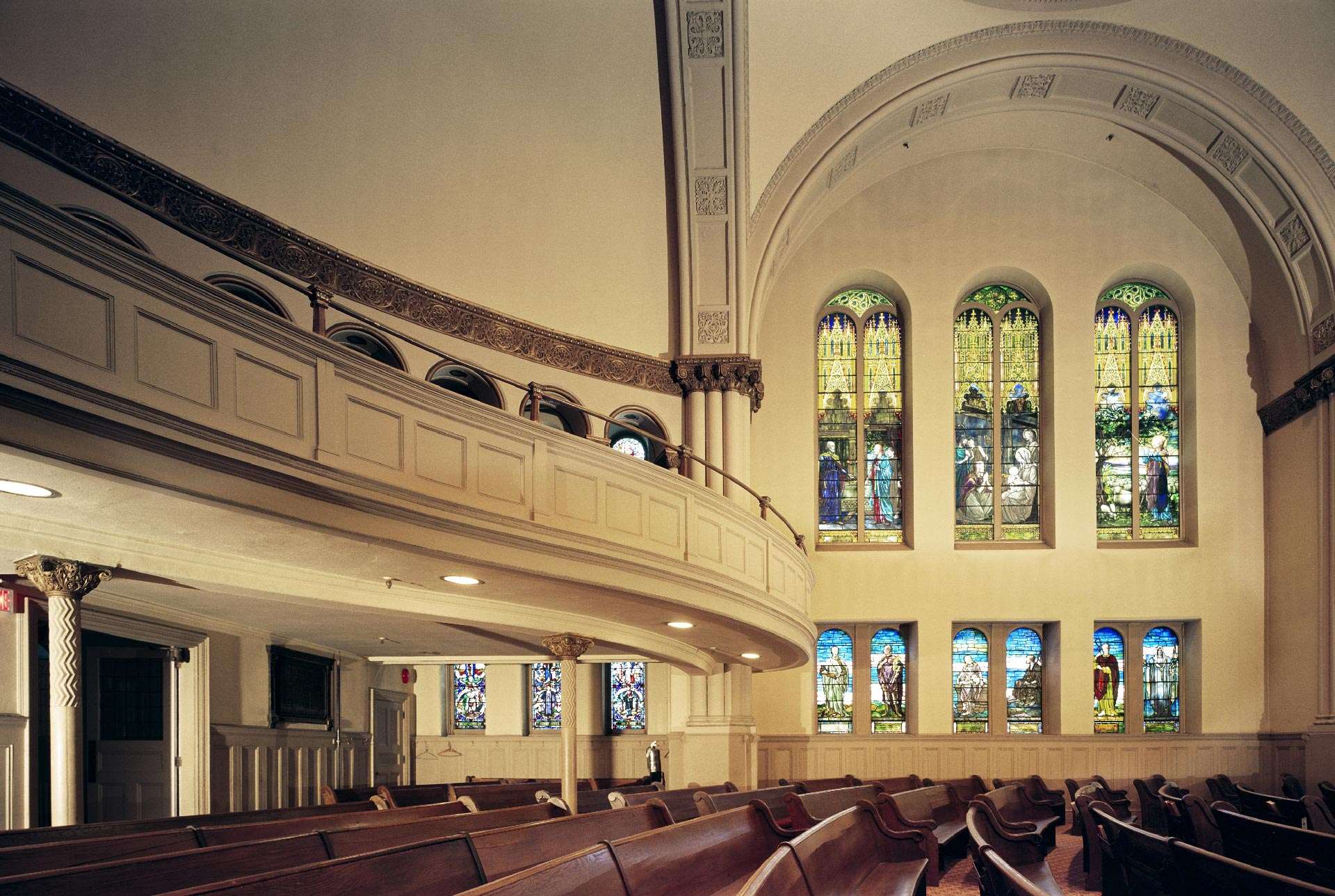 Among the 81 windows of the stained-glass type that were restored, there were 20 Tiffany windows commissioned at the turn of the 20th century by the American Presbyterian Church (subsequently reinstalled in the Erskine and American Church between 1937 and 1938). They form the most important collection of their kind in Canada and one of the rare series of religious windows by Tiffany to survive in North America.

During reconversion work, the complex labour of turning the magnificent 462-seat concert hall into an acoustical space of the highest standards in today’s ultra specialized venues began. The cherry wood conch considerably aided the hall’s sound quality, among other features.

The hall was named in honour of the Bourgie family. 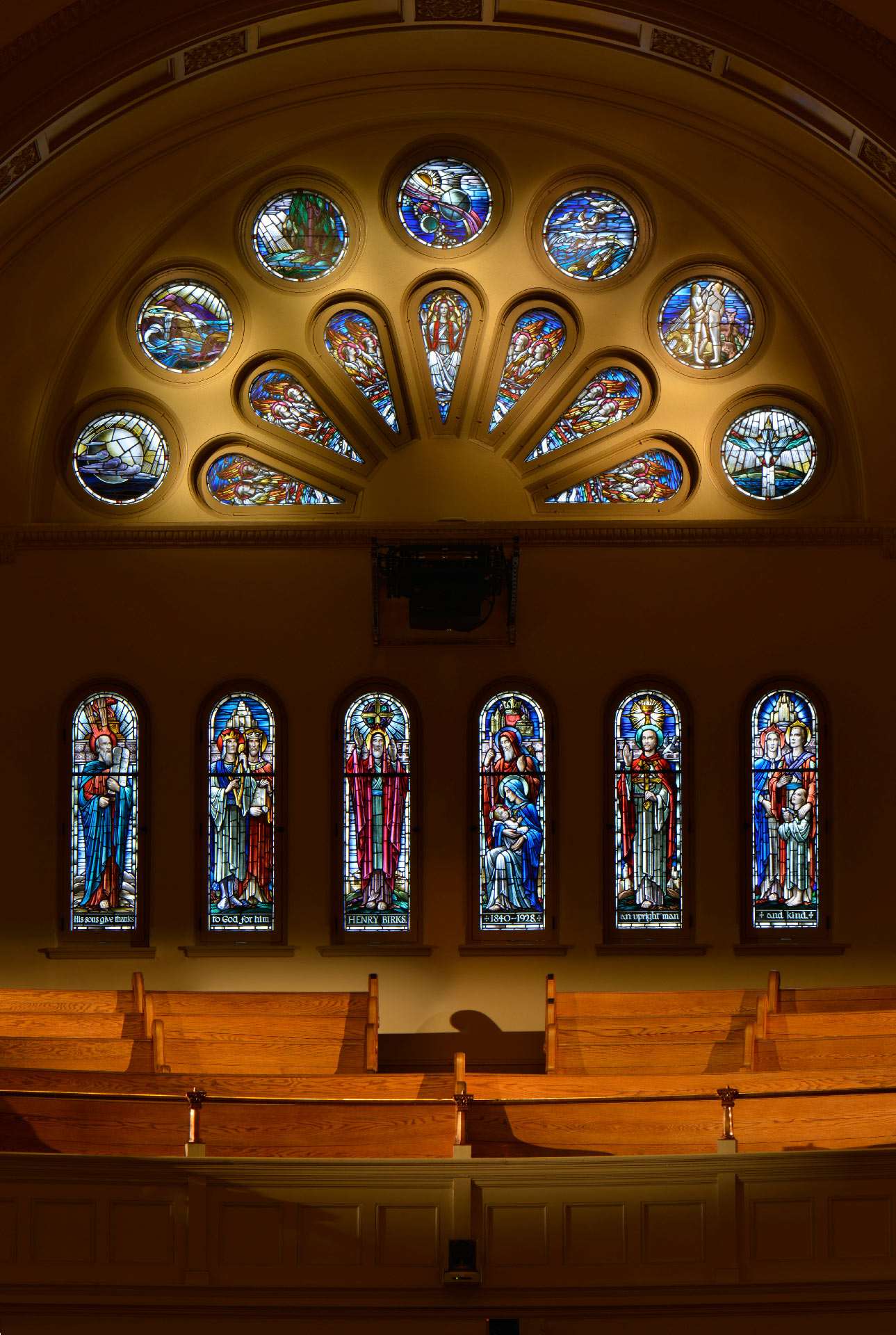 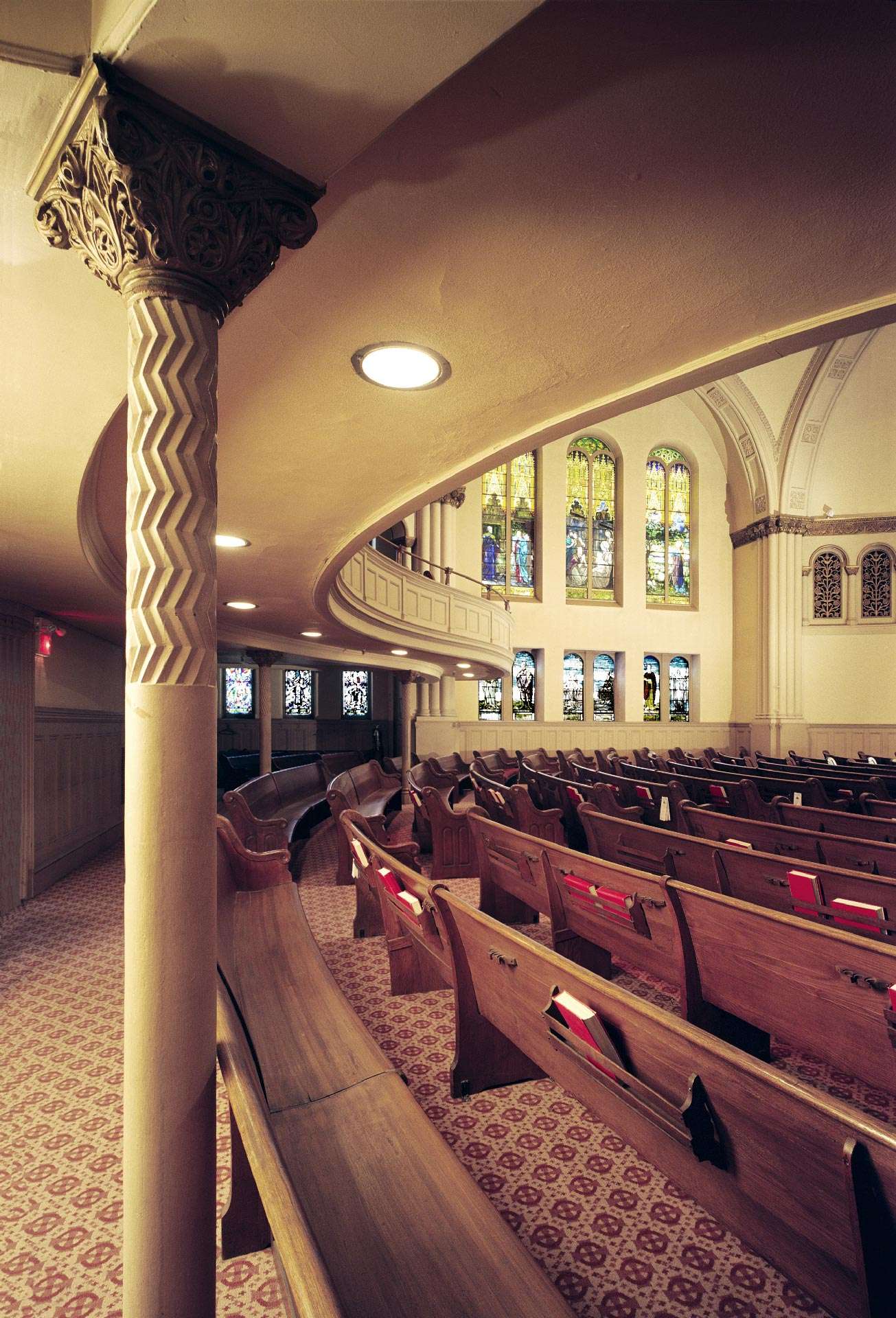 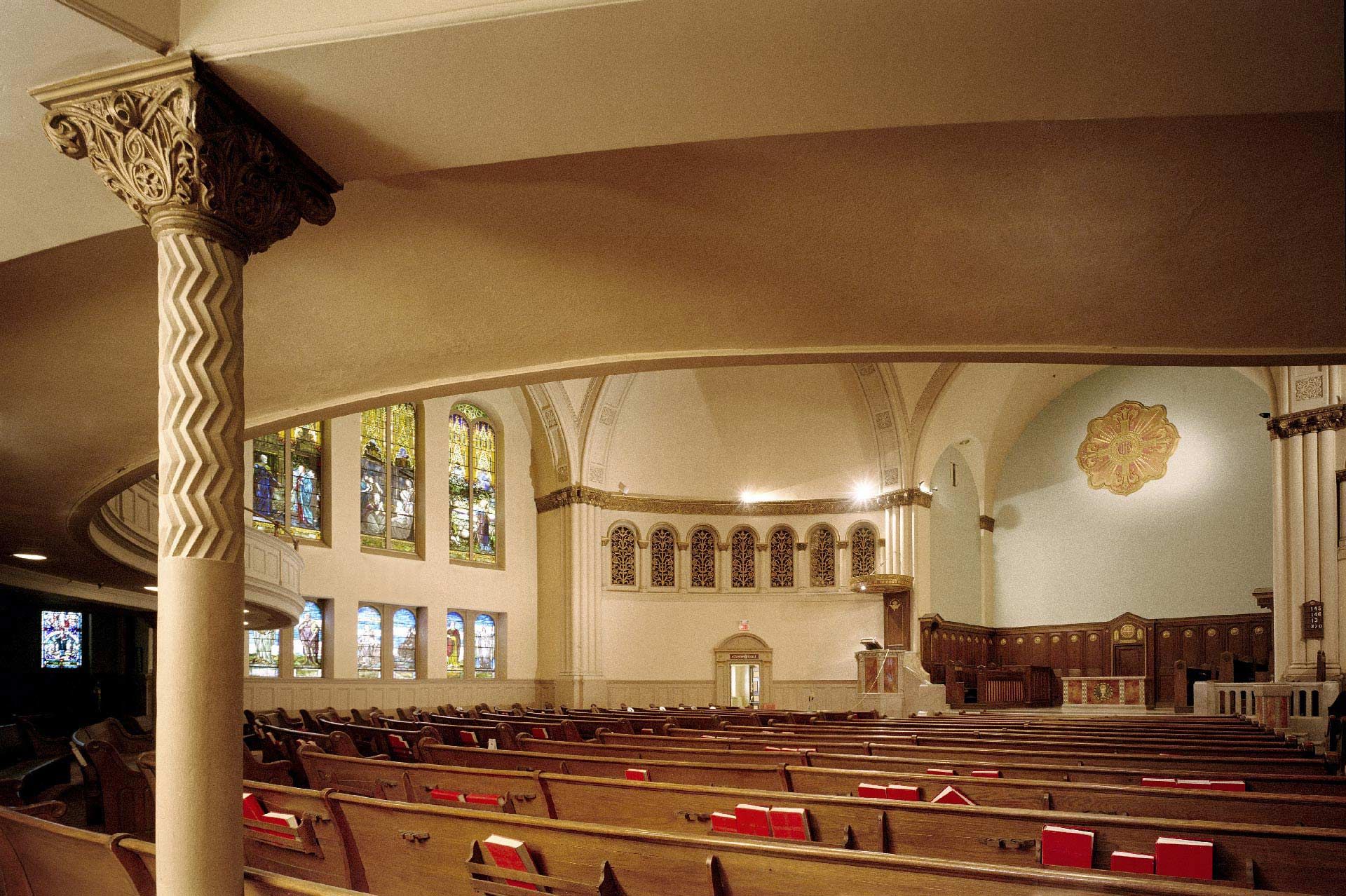 Bourgie Hall is a marvel of extraordinary acoustics and closeness with the performing artists. As for the choice of concerts, they are relevant without exception! - « Alexandre, a Bourgie Hall member » 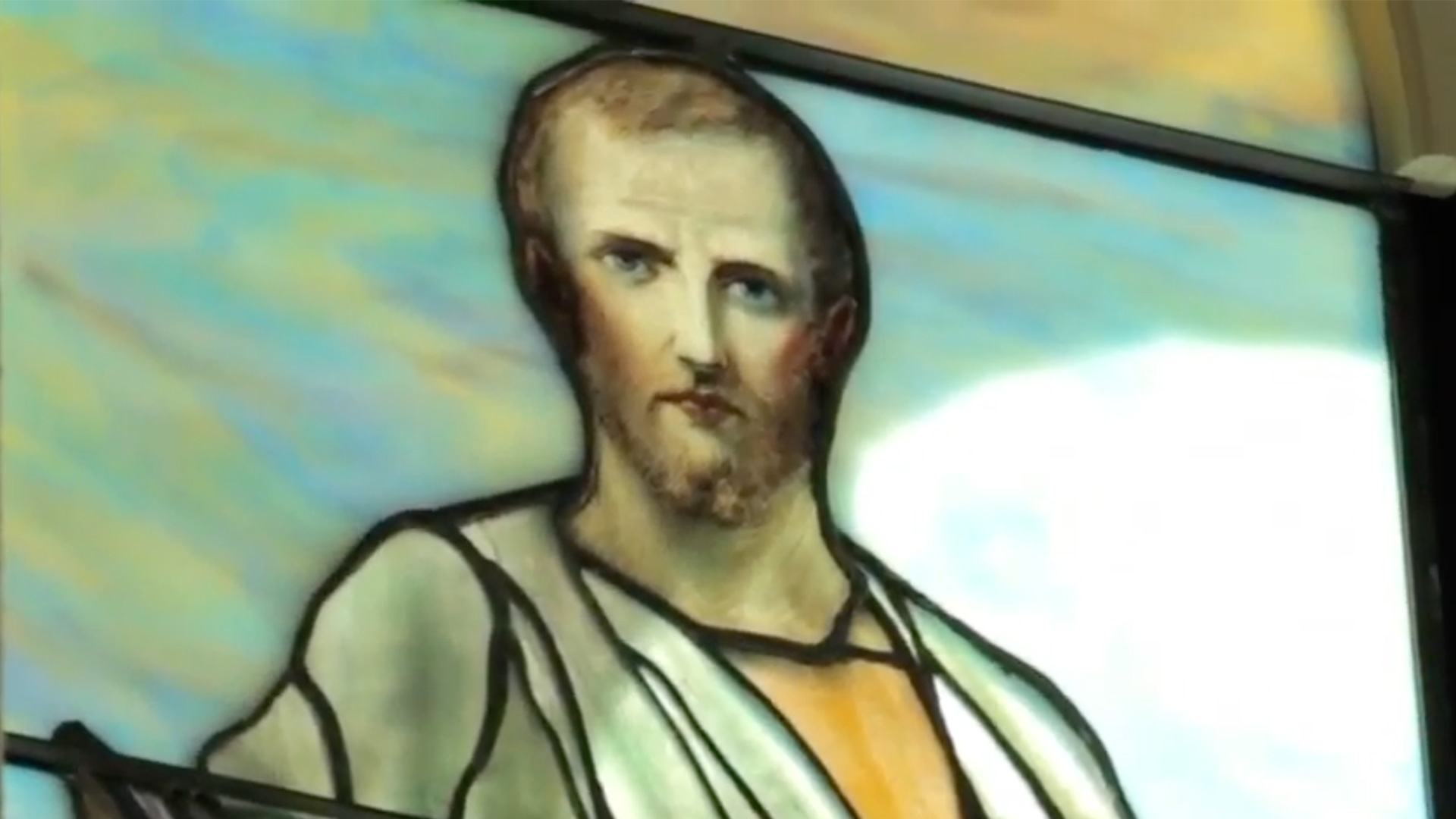 Model D: a 9-foot-long concert grand
Model B: a 7-foot-long grand piano for the rehearsal hall 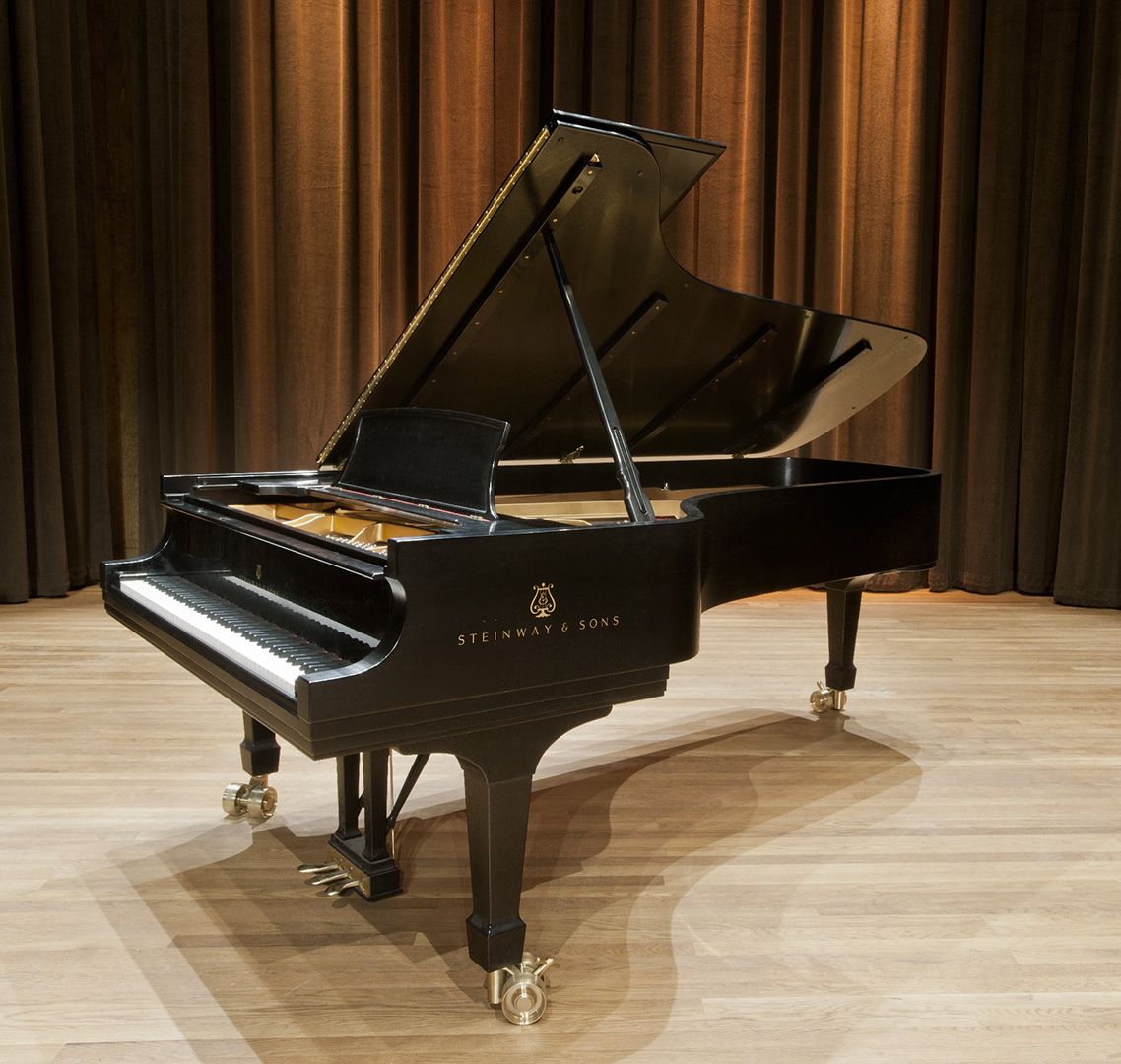 Built in London in 1859, this instrument is entirely representative of the Romantic piano as it was known by Chopin, Liszt, Schumann, Schubert, and other performers of that period. The instrument was restored between 2009 and 2011 by Claude Thompson.

Historical copy of a 17th-century Italian-style instrument with a short octave and large range built by Rodney Myrvaagnes in 1975. 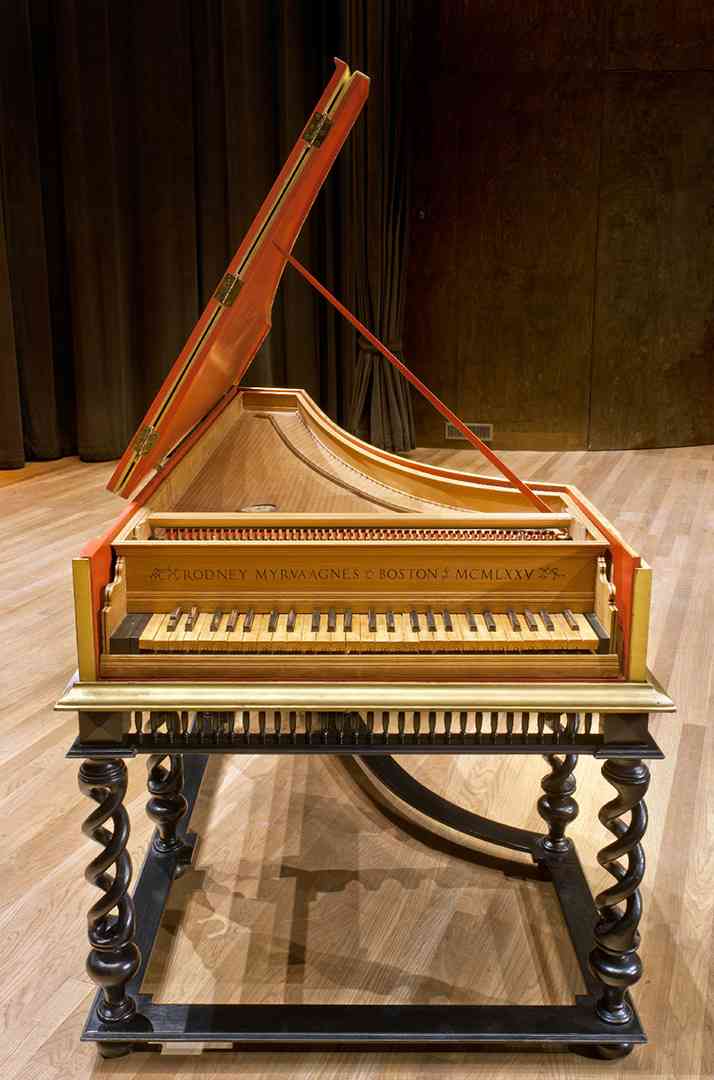 Historical copy in the 17th-century Flemish luthier style, build by Keith Hill in 1984. 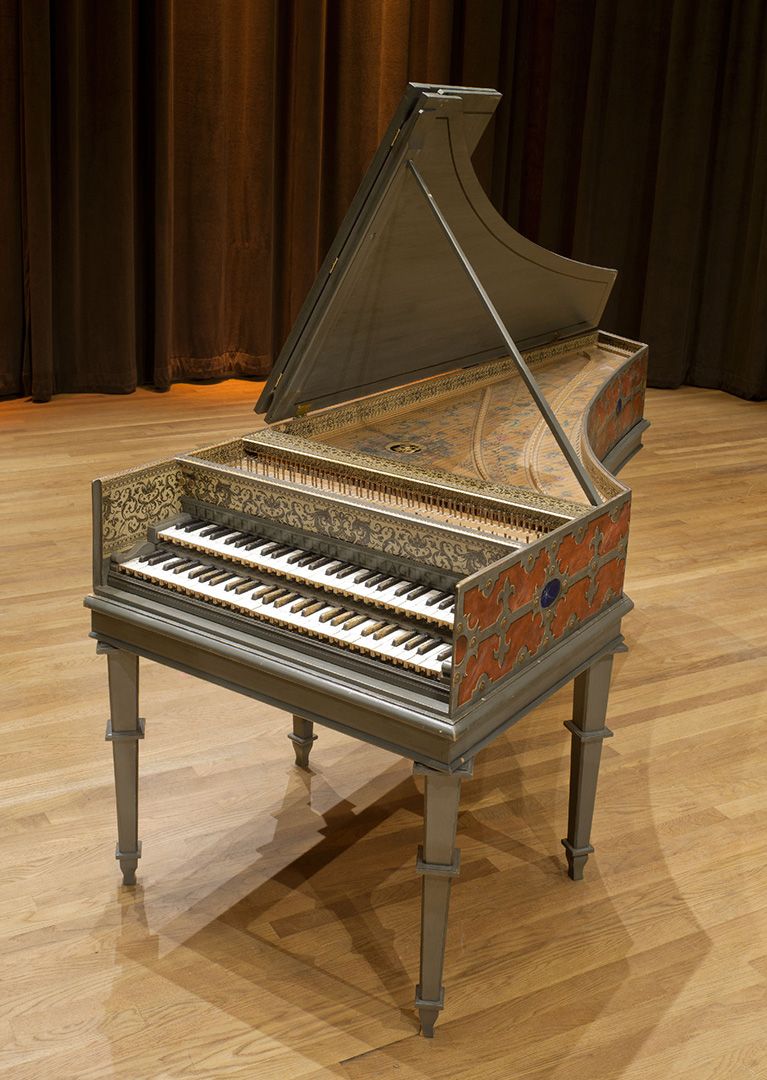 This instrument is the Montreal harpsichord builder Yves Beaupré’s Opus 100. It was designed in 2002 after a model by Albertus Delin dated 1768 and preserved at the Historical Museum of The Hague. Its particularity is the vertical (upright) position of its case and its single set of strings. 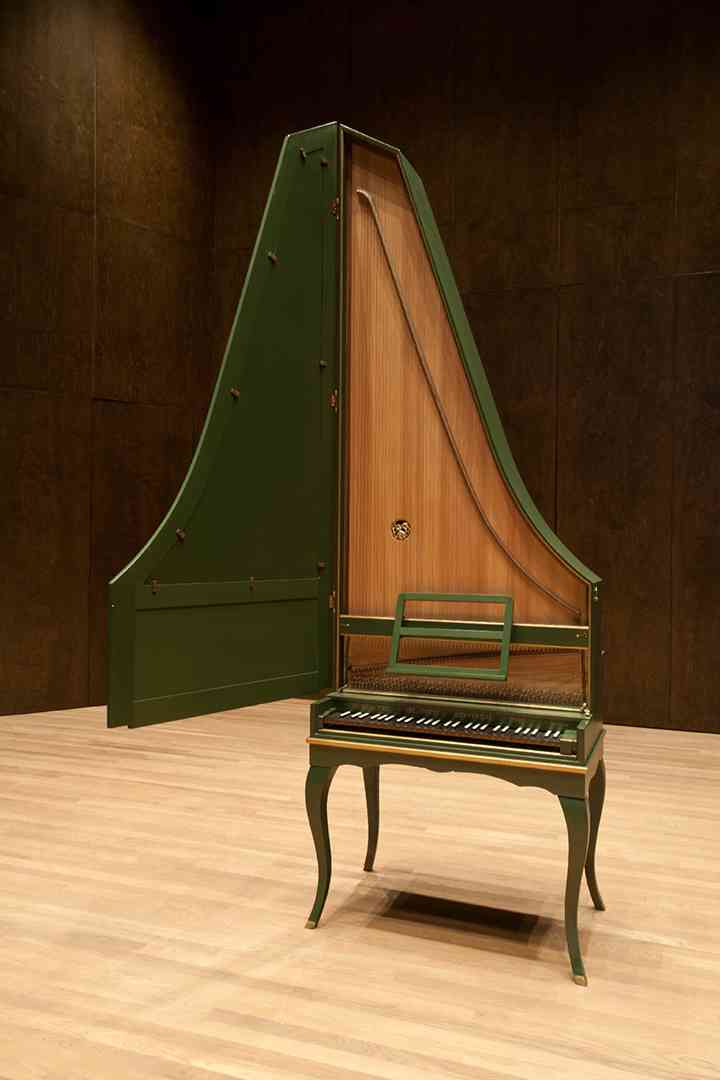 This organ was built in 1958 by Hellmuth Wolff, transformed into a positive organ in 1998. It has a single, 51-key keyboard and 5 register stops. 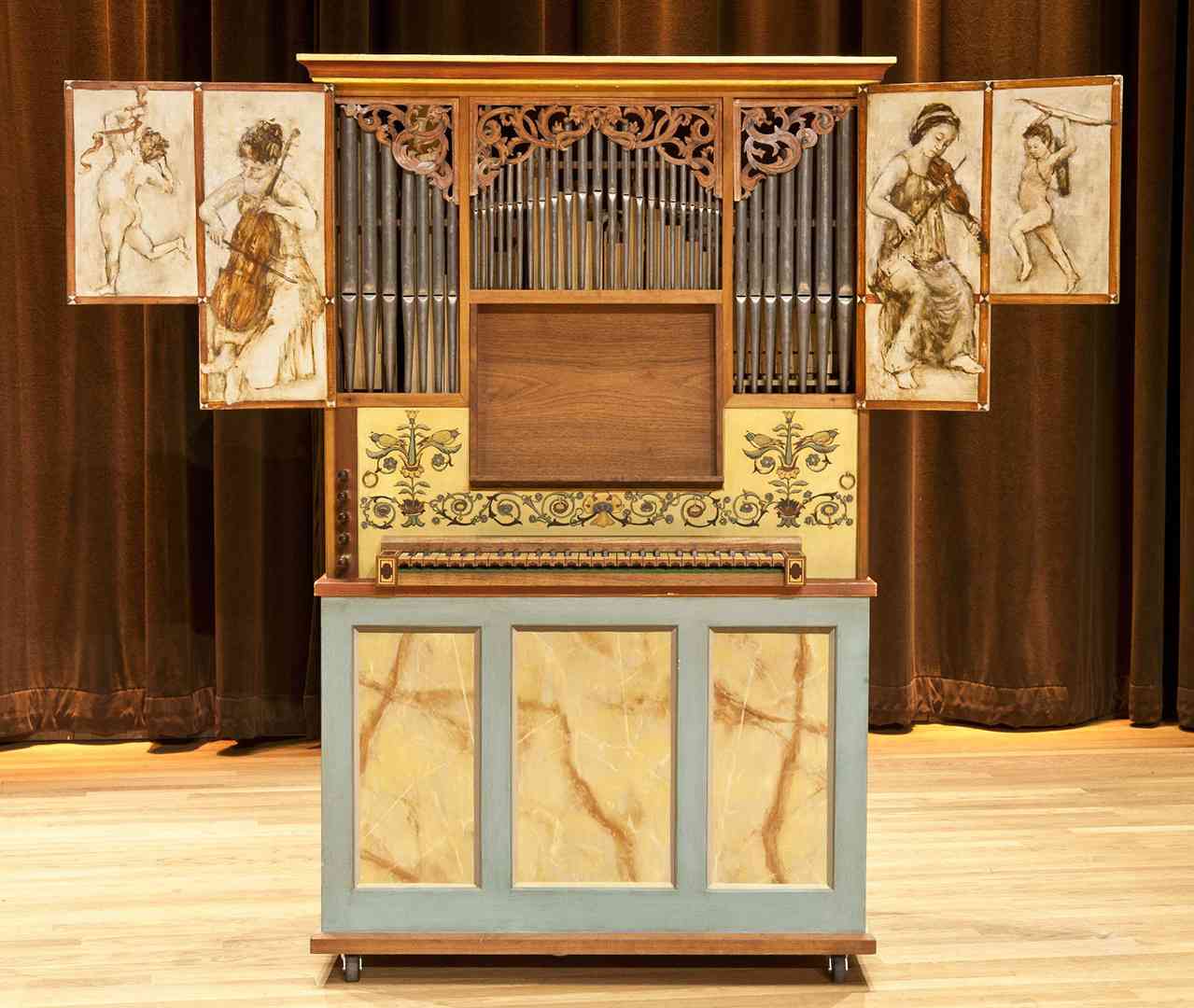 Built in Montreal by Hellmuth Wolff for the organists Bernard and Mireille Lagacé, this instrument was subjected to a full restoration in 2011 by Wolff himself and François Désautels in conformity with the requirements of Bourgie Hall. It has 12 stops spread over 2 keyboards and 1 pedal board. 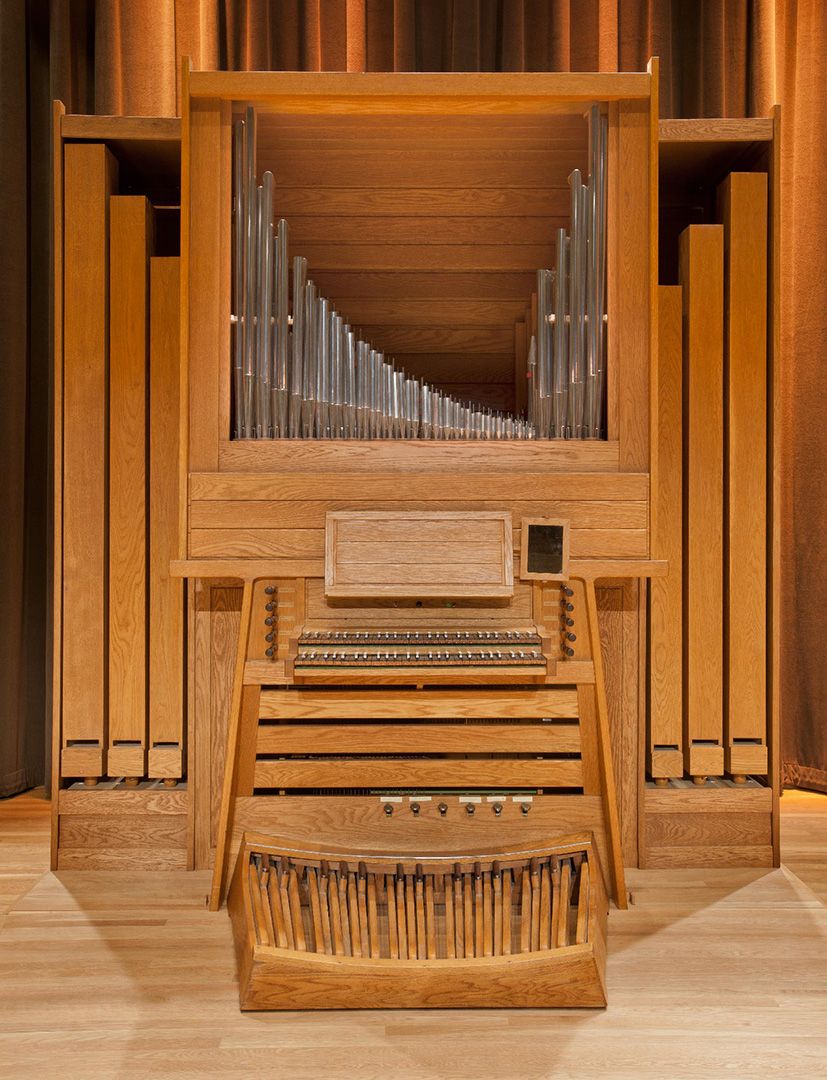 Opus Award in 2016–2017
Best Specialized Presenter of the Year

Opus Award in 2015–2016
Best Concert of the Year: Classical, Romantic, Postromantic and Impressionist Music
Dang Thai Son—Inauguration of the Érard piano on February 10, 2016 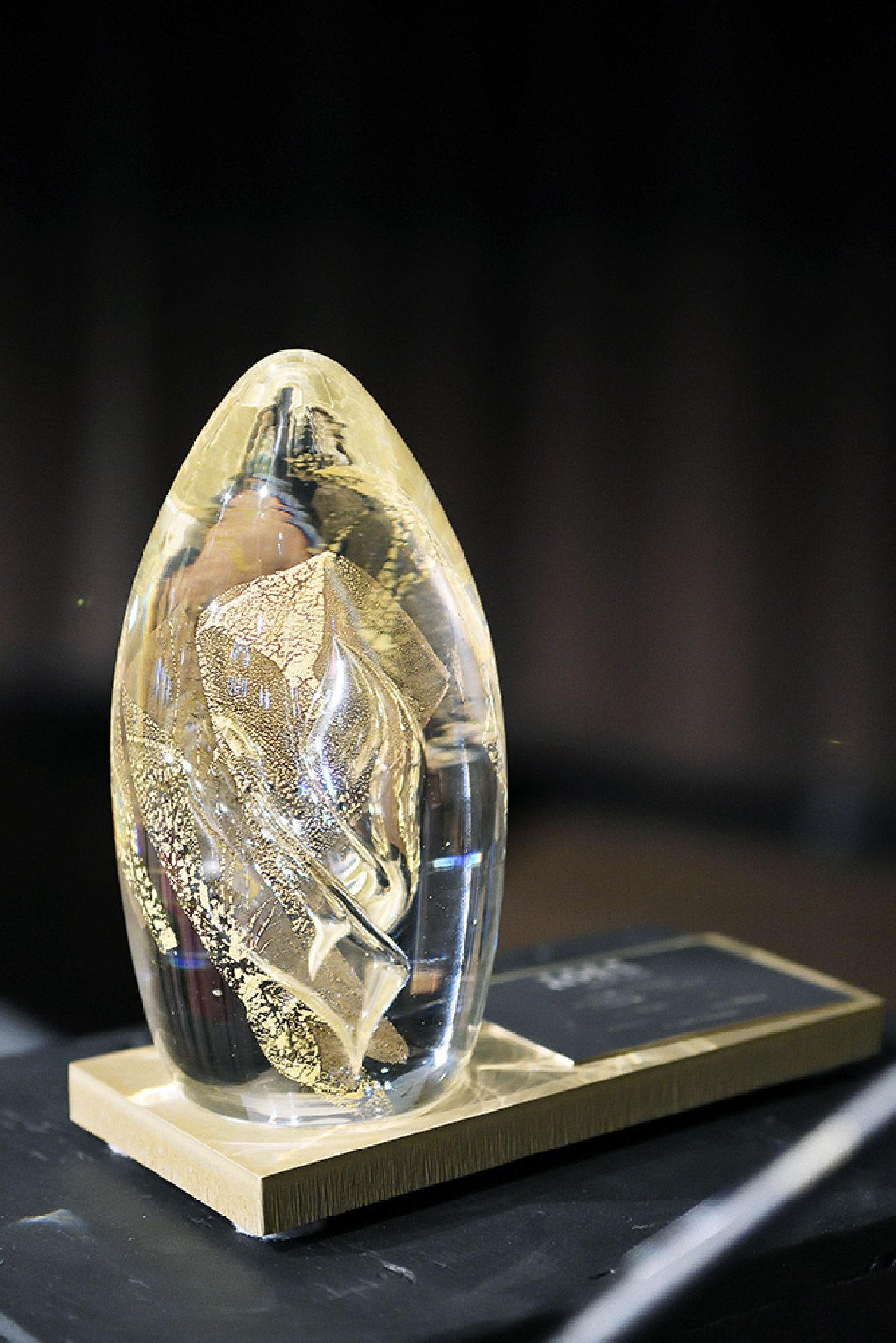