This major multidisciplinary exhibition offers a new interpretation of the Western film genre by examining its links to the visual arts (painting, sculpture, photography) from the middle of the nineteenth century to today. This exhibition studies the creation, transmission and transformation of the Western myth in North America, in both the United States and Canada. Over 400 paintings, sculptures, installations, photographs, artefacts, film stills and excerpts show how the genre has evolved through ongoing dialogue between the fine arts and cinema.

ONCE UPON A TIME … THE WESTERN celebrates the beauty of the Western while revealing some of its more sombre aspects. It deals with certain prejudices against the peoples of the First Nations that it helped to perpetuate, and explores themes related to questions that are still current today, such as violence, the stereotypical representation of the sexes, interracial relationships, and the acceptance of difference. It shows the extent to which art has the power to both maintain and challenge the most widespread beliefs. 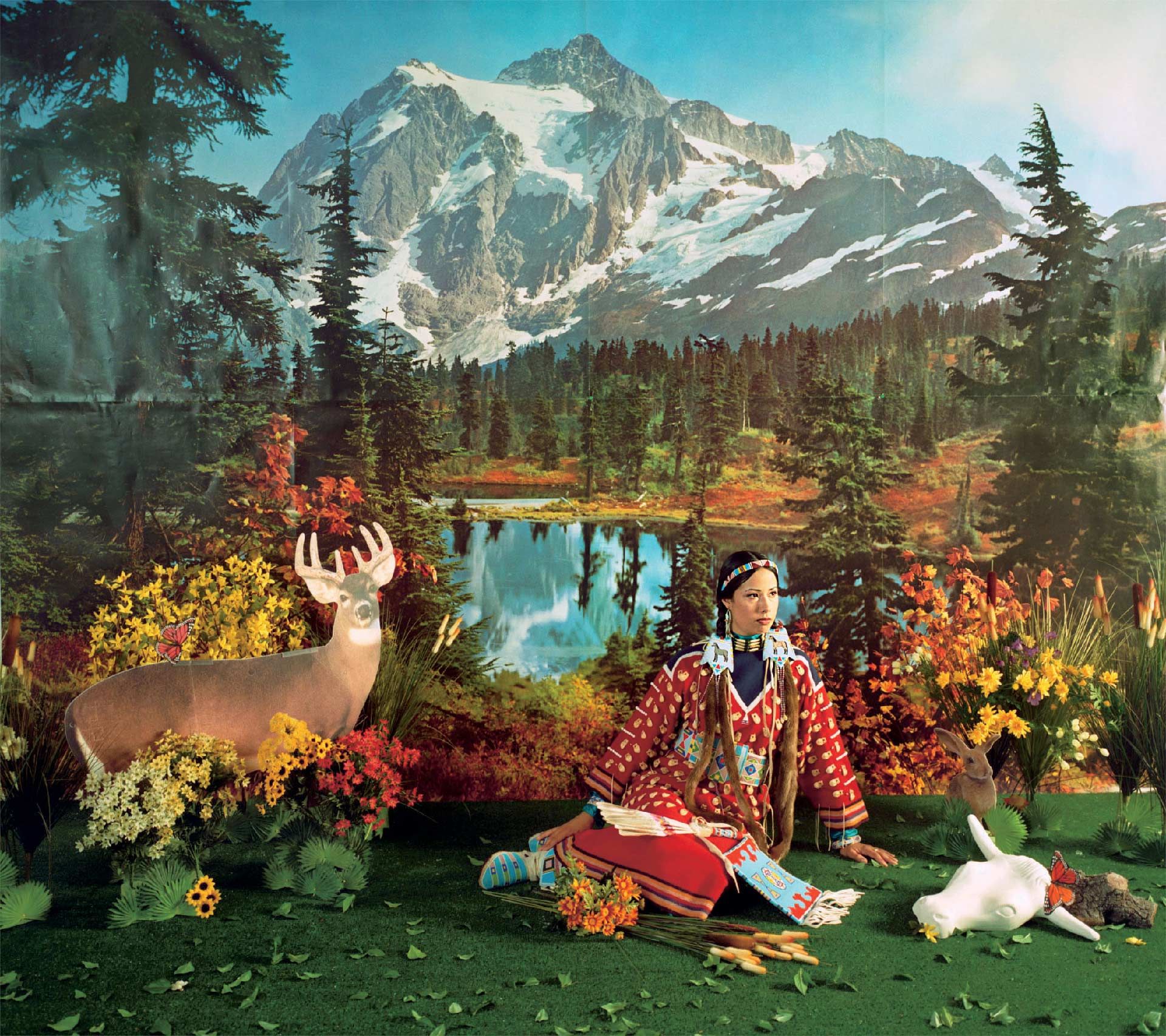 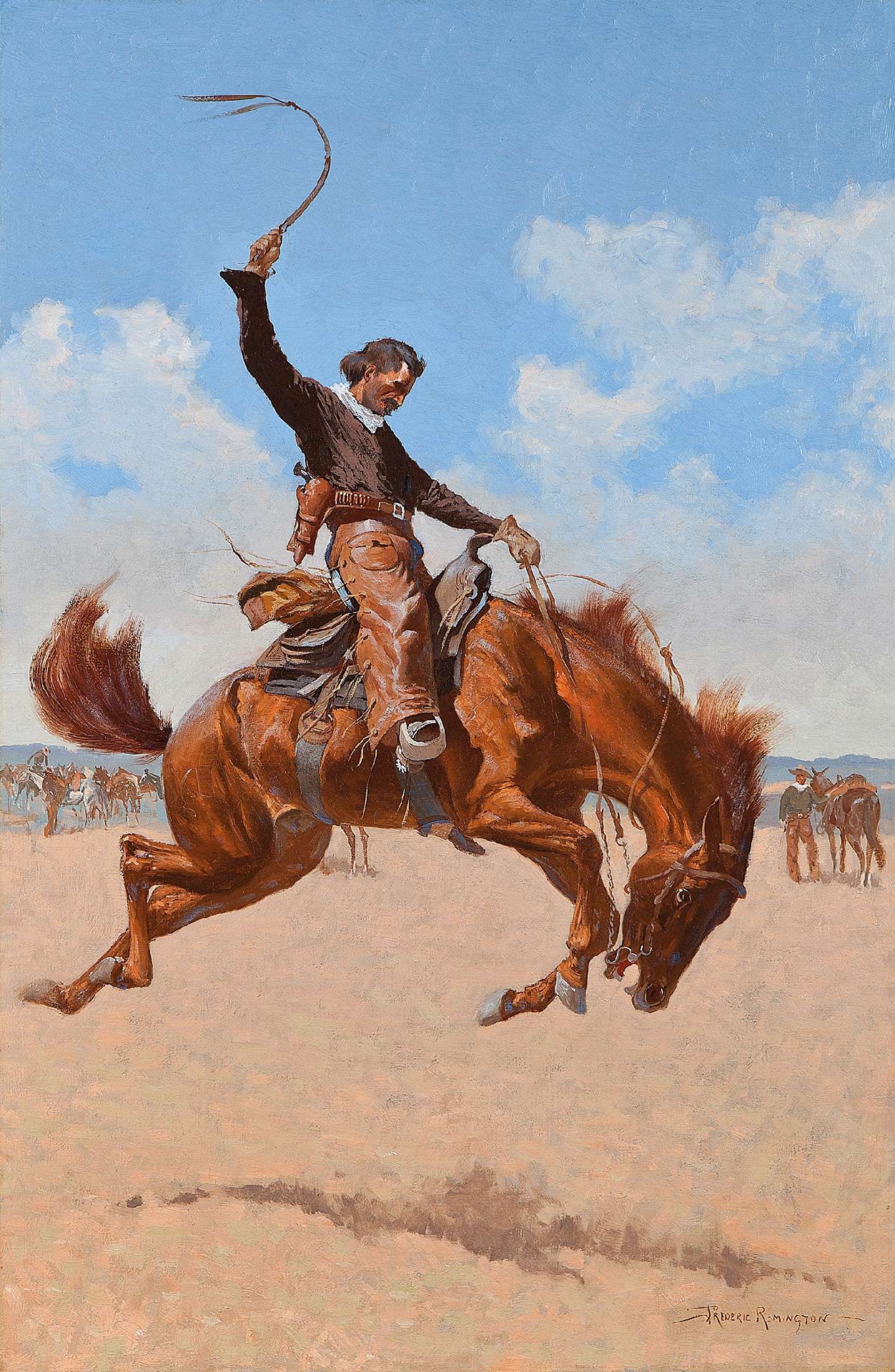 Frederic Remington (1861-1909), A Buck-Jumper, about 1893, oil on canvas. Indianapolis, The Eiteljorg Museum of American Indians and Western Art. 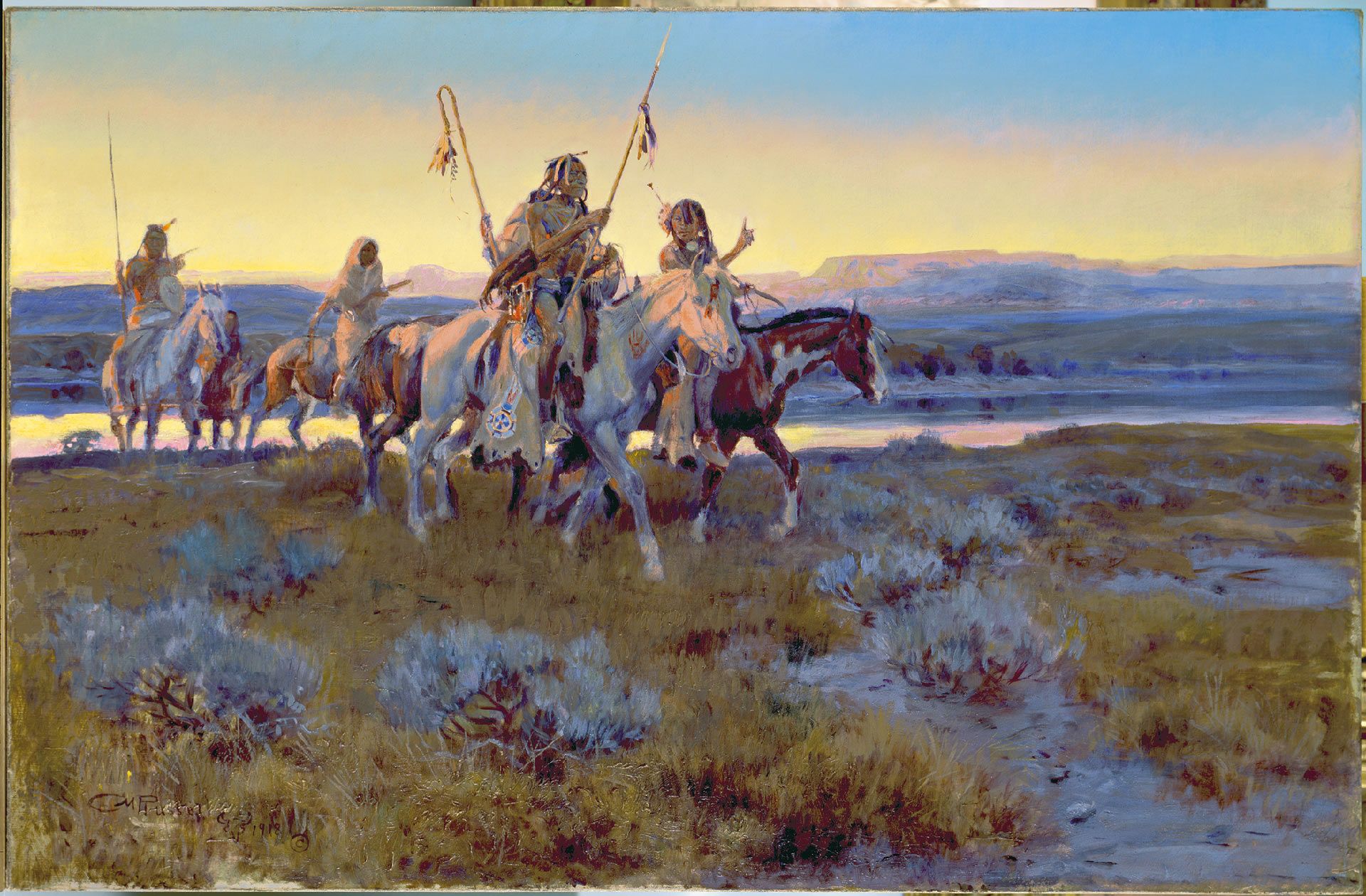 The exhibition is accompanied by a 304-page, fully illustrated book published in French by MMFA’s Publishing Department and 5 Continents Éditions, and in English by the above-mentioned publishers and the Denver Art Museum. It brings together essays by historians of film, art and literature along with interviews with renowned directors like John Ford, Clint Eastwood and Quentin Tarantino, providing a cutting-edge, interdisciplinary picture of the Western genre. Essays cover a broad range of topics, including the West as a symbolic landscape in nineteenth-century American art and Western film, the cowboy and American masculinity, portrayals of post-World War II women, contemporary art and the Western genre. This book was edited by Mary-Dailey Desmarais and Thomas Brent Smith, with graphic design by Paprika. 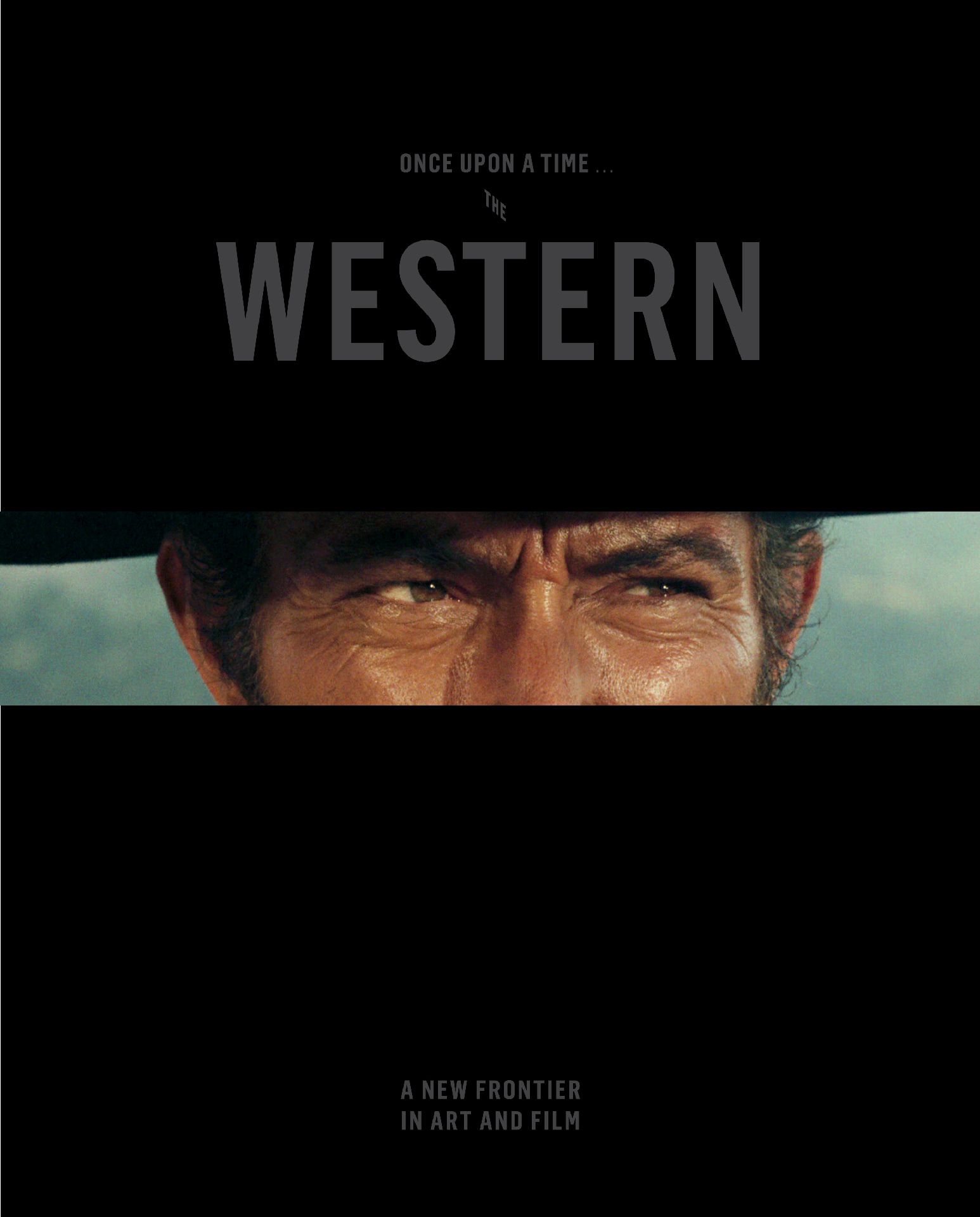 Lee Van Cleef in the film The Good, the Bad and the Ugly by Sergio Leone, 1966. Once Upon a Time… the Western Book Cover. Montreal Museum of Fine Arts’ Publishing Department and 5 Continents Editions, Milan, 2017. Edited by Thomas Brent Smith and Mary-Dailey Desmarais

The exhibition layout was designed by Nathalie Crinière from Agence NC, Paris, under the direction of Sandra Gagné, Head of Exhibitions Production at the MMFA.

Initiated by the Montreal Museum of Fine Arts, this exhibition was organized with the Denver Art Museum and is presented here in its enriched version.

This exhibition was made possible thanks to the generous support of the Terra Foundation for American Art, Major Benefactor of Once Upon a Time… The Western: A New Frontier in Art and Film.

The Museum also acknowledges the precious support of Wells Fargo and of Moira and Alfredo Romano, as well as Stingray, France and Raymond Royer, Marcel Elefant and George Lengvari and CN. It acknowledges the vital support of Air Canada, the Angel Circle of the Museum and its media partners: Bell, La Presse and the Montreal Gazette. It thanks the Éléphant – mémoire du cinéma québécois project for its collaboration.

The Museum extends its thanks to Quebec’s ministère de la Culture et des Communications, the Conseil des arts de Montréal and the Canada Council for the Arts for their ongoing support. The exhibition has also benefited from the support of the Department of Canadian Heritage through the Canada Travelling Exhibitions Indemnification Program. The Museum’s International Exhibition Programme receives financial support from the Exhibition Fund of the Montreal Museum of Fine Arts Foundation and the Paul G. Desmarais Fund.

The Museum would also like to thank its Volunteer Guides for their essential contribution, as well as all its members and the many individuals, corporations and foundations ̶ in particular the Fondation de la Chenelière, directed by Michel de la Chenelière, and the Arte Musica Foundation, presided over by Pierre Bourgie ̶ for their generosity.

We would also like to extend our gratitude to all those who, through their generous assistance, encouragement and support made this exhibition and scholarly publication possible.

Frederic Remington (1861-1909), A Buck-Jumper, about 1893, oil on canvas. Indianapolis, The Eiteljorg Museum of American Indians and Western Art.

Lee Van Cleef in the film The Good, the Bad and the Ugly by Sergio Leone, 1966. Once Upon a Time… the Western Book Cover. Montreal Museum of Fine Arts’ Publishing Department and 5 Continents Editions, Milan, 2017. Edited by Thomas Brent Smith and Mary-Dailey Desmarais