REVOLUTION is a musical odyssey that explores the ideals and aspirations of the late 1960s as expressed in music, film, fashion and design.

Wearing high-fidelity headphones that synchronize the sounds and images according to their location in the galleries, visitors will embark on an immersive journey to London streets, where fashion never ceases to reinvent itself; to the heart of the May 1968 demonstrations in Paris; to the Summer of Love in San Francisco; to Woodstock; to the L’Osstidcho; and to Montreal’s Expo 67.

About 700 objects and works of art bear witness to the social and cultural climate of the times with, as a soundtrack, musical hits of the era from around the world and Quebec, with excerpts from seminal films and interviews with iconic figures.

Flower Power and rebellion through music kick off the summer at the Montreal Museum of Fine Arts, with a special focus on the roles of Montreal and Expo 67 in these revolutions. 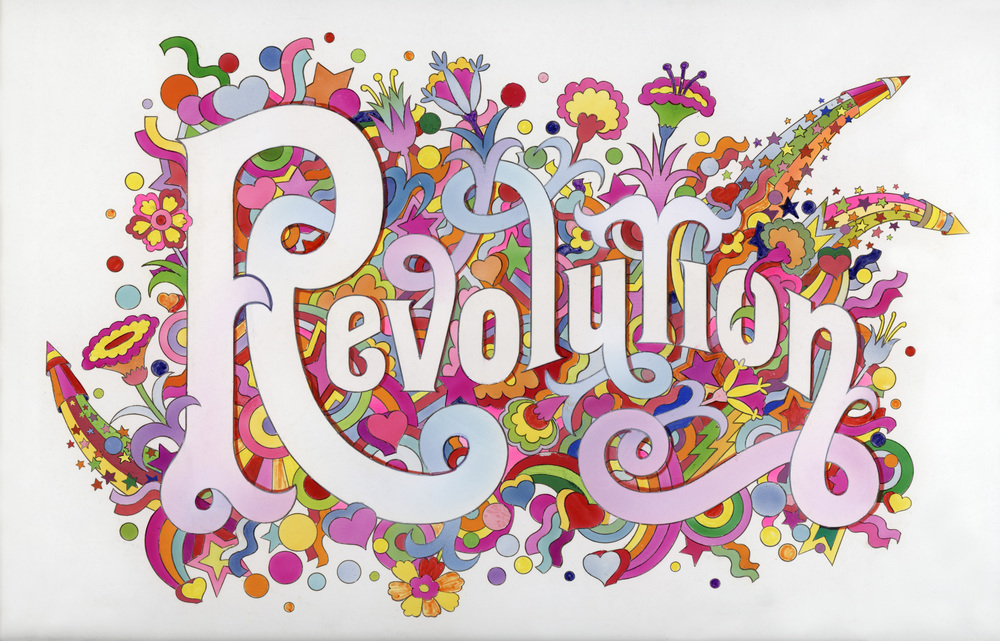 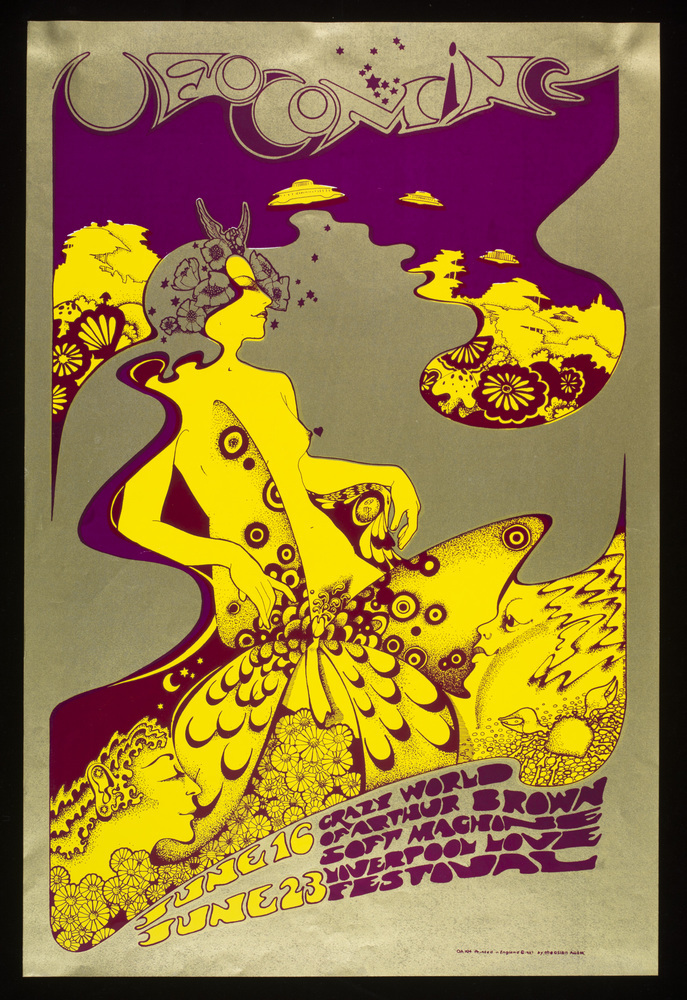 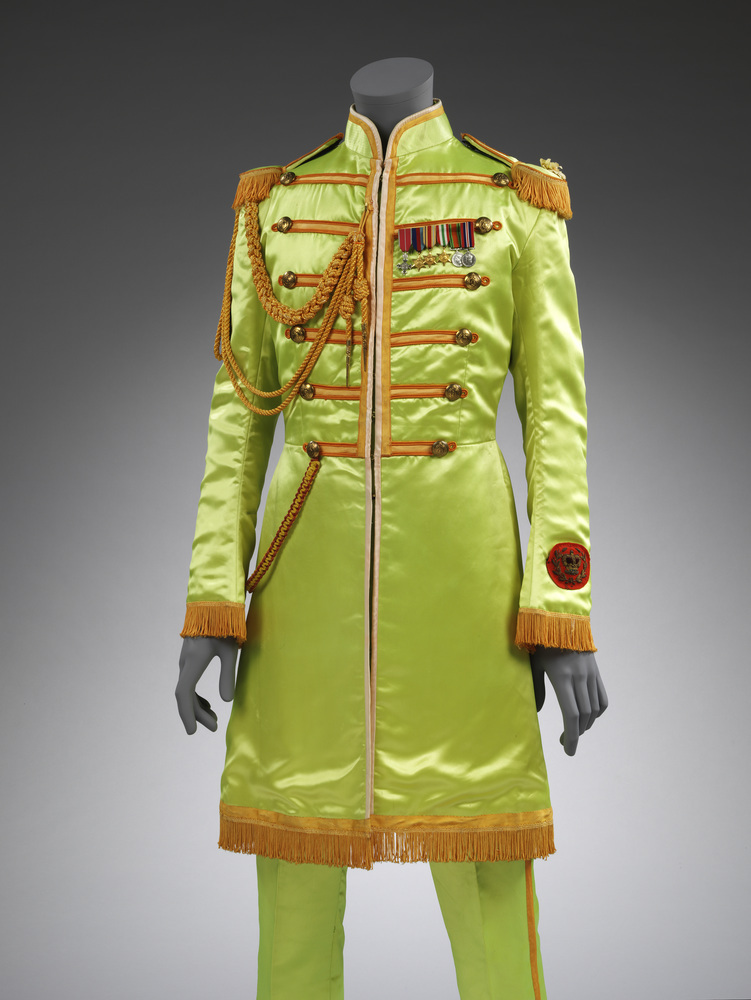 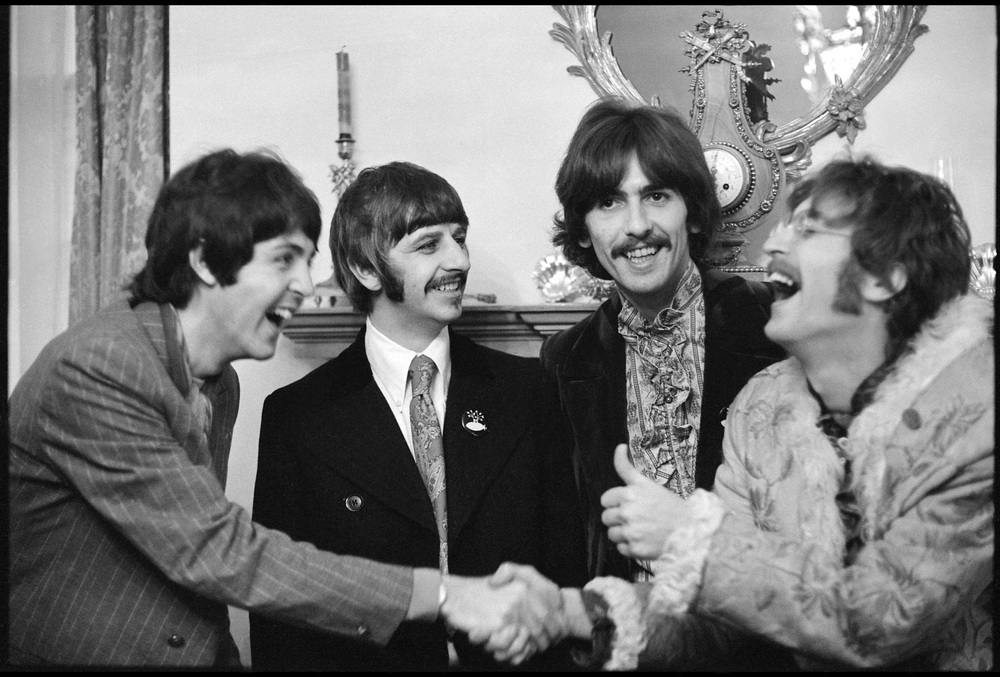 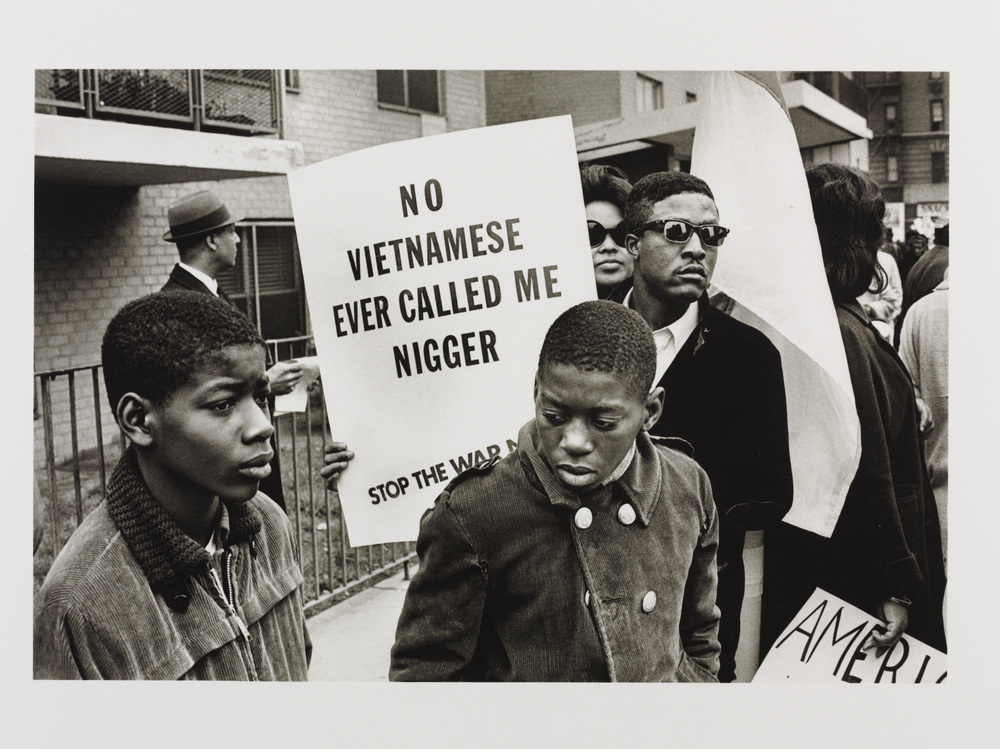 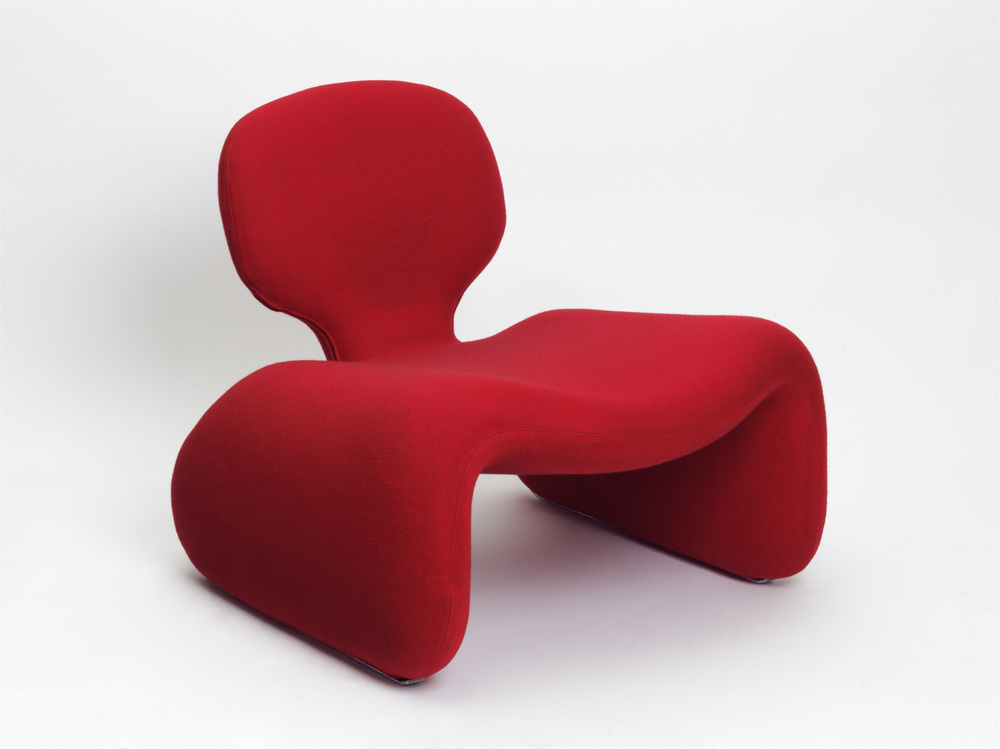 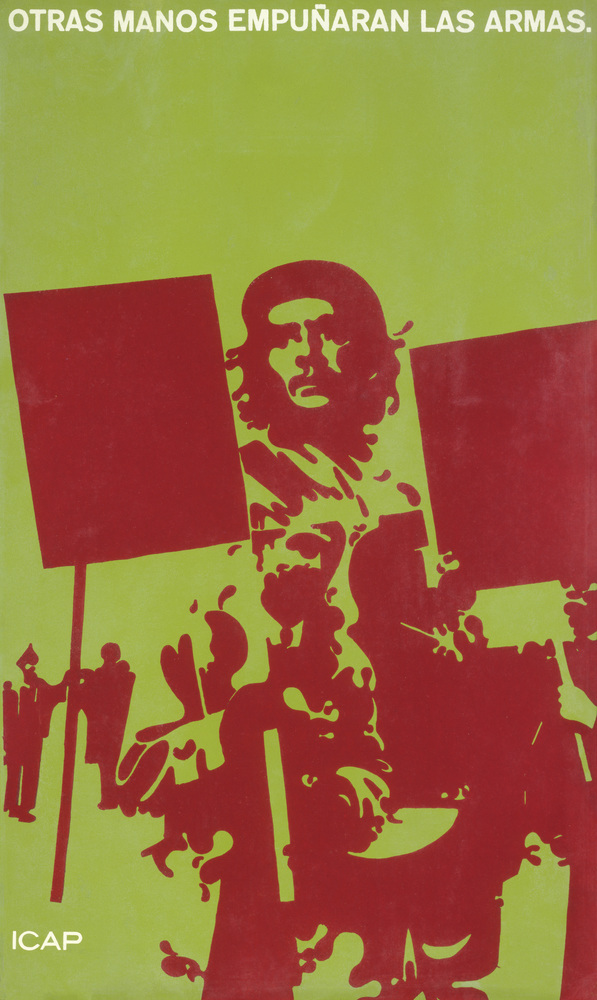 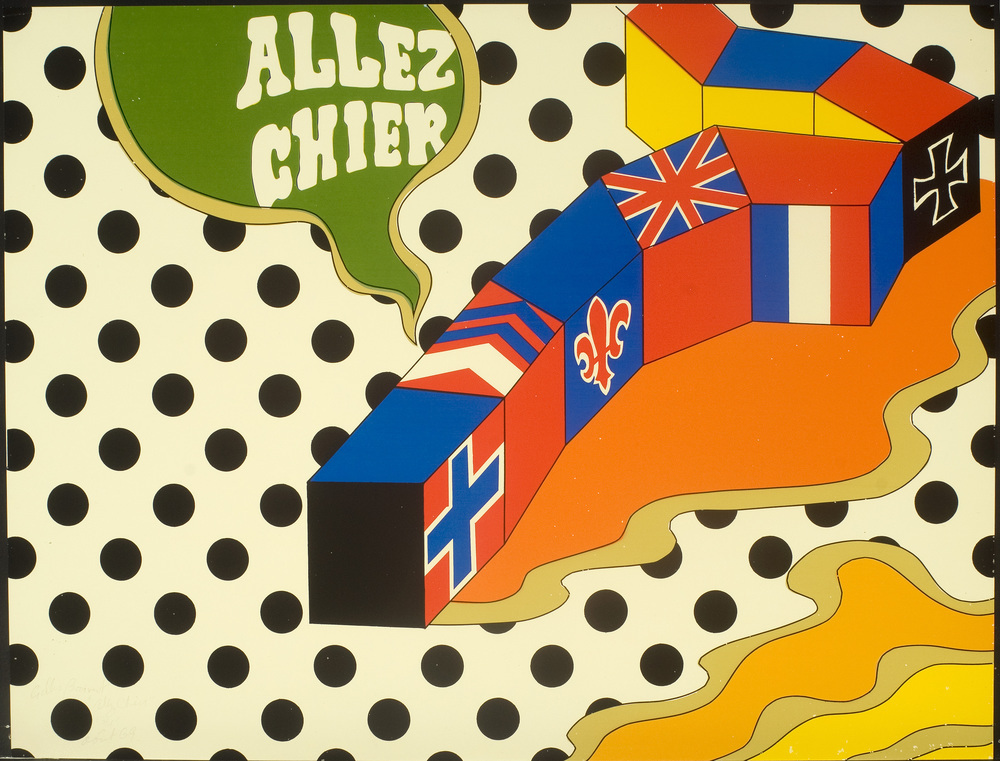 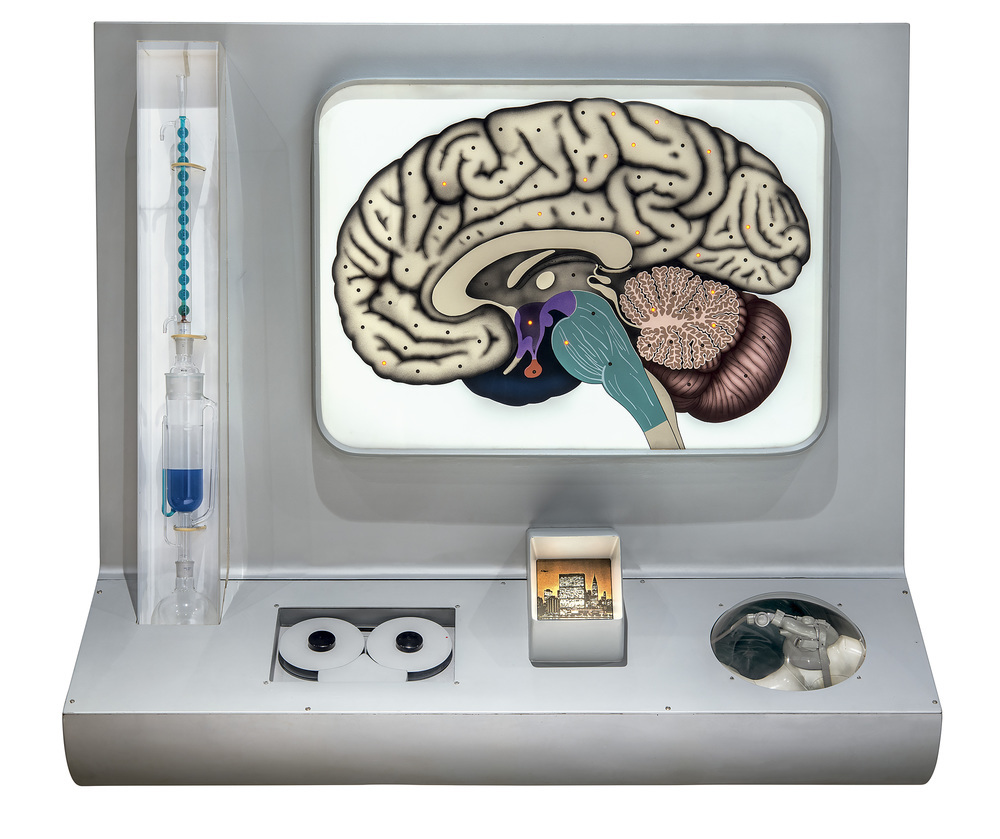 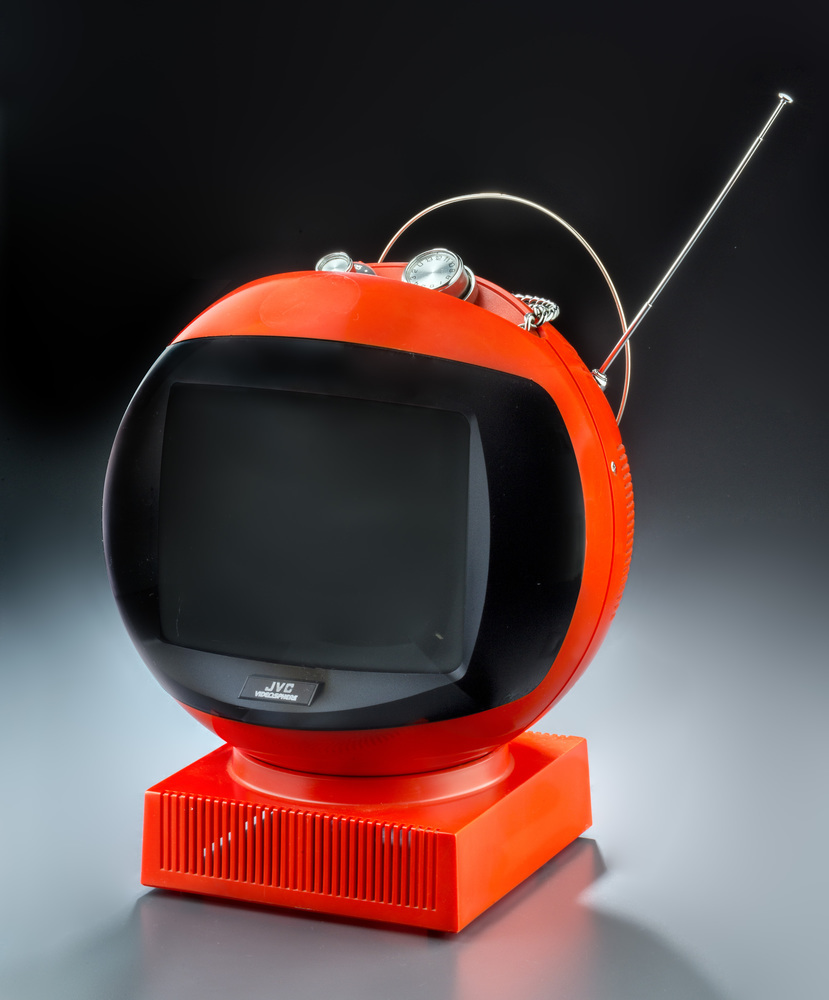 The Montreal Museum of Fine Arts invites you to stay in the groove of the Revolution exhibition with this musical selection inspired by the optimism, ideals, and aspirations of the late 1960s.

Driven by young people with a deep desire for change and freedom, citizens of the world came together and questioned the established power structures in every sphere of society.

This cultural, social, artistic and technological “explosion” that occurred between 1966 and 1970 is reflected in key music from the period that will resonate in the galleries: The Beach Boys, The Beatles, The Doors, Jimi Hendrix, Janis Joplin, Joni Mitchell, the Rolling Stones, Neil Young and The Who, not to mention Quebec artists Robert Charlebois, Leonard Cohen and Louise Forestier. Interviews with iconic figures like Yoko Ono and Twiggy and excerpts from seminal films, as well as clothes, design products, posters, album covers, publications, works of art, photographs and archival documents, will also be featured.

The growth of the baby boom population and rising wages gave young people access to a host of new places, including clothing stores and alternative art galleries.

London was now the capital of fashion, which for the first time was no longer the preserve of the well-to-do, or even women. And in the aftermath of Beatlemania, pop broke away from established entertainment models and was enriched by contact with a budding American music industry.

“Dedicated Follower of Fashion” – The Kinks

“My Generation” – The Who

“God Only Knows” – The Beach Boys

“The Times They Are A-Changin’” – Bob Dylan

Mind-enhancement through the use of drugs formed the basis for new perceptions, opening the way to creative experimentation in music, art, film and literature. In the spirit of the Beat Generation, drugs, music and exotic religions fuelled the underground movement of the late 1960s.

In Montreal, La Mousse Spacthèque, decorated in 1966 by the artist Jean-Paul Mousseau, reflected this new vibrancy in artwork and design. This Crescent Street disco bar was meant to be a total work of art, blending sound, light and colour to create an immersive experience.

“Born to be Wild” – Steppenwolf

“(I Can’t Get No) Satisfaction” – Rolling Stones

In the 1960s, political activists and anti-establishment demonstrators took to the streets. People around the world opposed the war in Vietnam.

The Black Panthers – an African-American party founded in Oakland, California, in 1966 – argued for armed protection as the civil rights struggle evolved into new campaigns about inner city poverty.

In Quebec, following the Quiet Revolution, a series of social and political events reached their peak with the October Crisis of 1970. Demonstrations intensified as francophones more and more openly criticized the anglophones’ control over the economy.

The rapid increase in personal wealth and the arrival of the credit card fed the expansion of consumerism.

Television brought real-time news coverage of the Vietnam War and the Moon landings into people’s homes.

Mass design and high-tech products were unveiled to the world at World Fairs such as those of Montreal in 1967 and Osaka in 1970 which drew over 50 million and 64 million visitors respectively.

In the late 1960s, outdoor festivals became the archetype of revolutionary gatherings that allowed participants to embody their vision of liberal, permissive social environments.

In 1969, against all expectations, over 450,000 people attended Woodstock. It was the mythical musical event of the decade.

L’Osstidcho – a psychedelic rock mass in sync with the countercultural movement – brought together Yvon Deschamps, Robert Charlebois, Louise Forestier, Mouffe, Jacques Perron, Michel Robidoux and Le Jazz libre du Québec. It was presented in Montreal on May 28, 1968, at the Théâtre de Quat’Sous.

“Going Up the Country” – Canned Heat

“I Want to Take You Higher” – Sly & The Family Stone

“My Generation” – The Who

“Give Peace a Chance” – John Lennon

Communes and the American West Coast

The hippie ideals of communalism in the 1960s produced a variety of alternative communities on the American West Coast.

It was also on the West Coast, in 1968, that the first mouse, hypertext and videoconferencing were presented, fruits of the hippie ideal of sharing knowledge.

“California Dreamin’” – The Mamas & The Papas

“Friend of the Devil” – Grateful Dead

“Aquarius/Let the Sunshine In” – The 5th Dimension

“A revolution in the head”

For many, the lasting changes begun between 1966 and 1970 have shaped a new attitude and caused “a revolution in the head.” Multiculturalism, feminism, gay liberation, environmentalism and community spirit all draw on the idealism of the 1960s.

In connection with this exhibition, the Museum is presenting a comprehensive programme of films, lectures, concerts and guided tours, as well as activities for families. Most of these activities are offered free of charge.

To enhance your Museum experience, check out our many offerings:

Special Presentation in Connection with Revolution

MAKE WAY FOR THE CURATORS OF TOMORROW

For the first time ever, teens have been invited to act as curators to present their vision of a changing world in their own exhibition featuring works from the Museum’s collections. Fifteen students from James Lyng High School of the English Montreal School Board selected twenty works dating from 1960 to today that bear witness to their concerns regarding social justice, music and fashion, as well as their perceptions of the place for dreams and utopia in our society.

The exhibition is accompanied by a 320-page lavishly illustrated coffee-table book published under the general editorship of Victoria Broackes and Geoffrey Marsh, in English by V&A Publishing, London, and in French by the MMFA’s Publishing Department in collaboration with 5 Continents Éditions, Milan.

This exhibition is organized by the Victoria & Albert Museum (V&A), London, in collaboration with the Montreal Museum of Fine Arts (MMFA). The curators of the exhibition are Geoffrey Marsh, Director of the Department of Theatre and Performance, V&A, and Victoria Broackes, Senior Curator in the Department of Theatre and Performance and Head of the London Design Festival, V&A. In Montreal, the exhibition is curated by Diane Charbonneau, Curator of Modern and Contemporary Decorative Arts and Photography, MMFA. It is designed by Sandra Gagné, Head of Exhibitions Production, MMFA, under the direction of Nathalie Bondil, in collaboration with Paprika for the gallery design, and Silent Partners Studio for video design and adaptation. The immersive sound experience is by Sennheiser. The music selection proposed by the V&A has been enhanced with a Quebec section that was researched by Marie-Claude Senécal of Radio- Canada, ICI Musique.

The exhibition REVOLUTION is part of the official programming of Montreal’s 375th anniversary.

The exhibition was made possible thanks to the generous support of BMO Financial Group, presenting sponsor of REVOLUTION as part of the Year for Peace at the Museum, in collaboration with Metro.

The Museum would also like to thank Simons and Roland Berger for their invaluable support, and Air Canada, the Museum’s Angel Circle, Bell, La Presse and the Montreal Gazette for their vital contributions.

The Museum extends its thanks to Quebec’s Ministère de la Culture et des Communications and the Conseil des arts de Montréal for their ongoing support. The exhibition also benefits from the support of the Canada Council for the Arts. The Museum’s International Exhibition Programme receives financial support from the Exhibition Fund of the Montreal Museum of Fine Arts Foundation and the Paul G. Desmarais Fund.

The Museum would also like to thank its Volunteer Guides for their essential contribution, as well as all its VIP members and the many individuals, corporations and foundations – in particular the Fondation de la Chenelière, directed by Michel de la Chenelière, and the Arte Musica Foundation, presided over by Pierre Bourgie – for their generosity.

''Not only masterfully constructed, on both the visual and audio levels, but Revolution also serves as a fascinating socio-anthropological odyssey.''

Revolution at the Montreal Museum of Fine Arts