Born in 1929 in Massachusetts, Zimbel photographed Marilyn Monroe, John F. Kennedy, Harry Truman and Richard Nixon. But always armed with his Leica, he was less interested in stars than in the lives of ordinary people. Nowadays he is known first for his famous photo of Marilyn Monroe, whose skirt is blowing around her in the powerful draft rising from the subway. Now his photos of American icons are found in major museums and at auctions by Christie’s or Swann in New York. Most of George Zimbel’s work is in black and white. He always works with the same type of film, loaded in the same two old Leicas. He does his own printing, using antique enlargers barely spared in a fire that one day ravaged his studio. Zimbel left the United States as a sort of protest against the Vietnam war and settled in Canada. After living on Prince Edward Island, he came to live in Montreal in the early 1980s with his wife, Elaine, whom he freely speaks of with great warmth. His work is now shown everywhere. In recent years, retrospectives of this work have been shown in such places as New York, Valencia and Toronto, where he is represented by the excellent Steven Bulger Gallery. It may be that his home, Montreal, is where is work is seen the least. 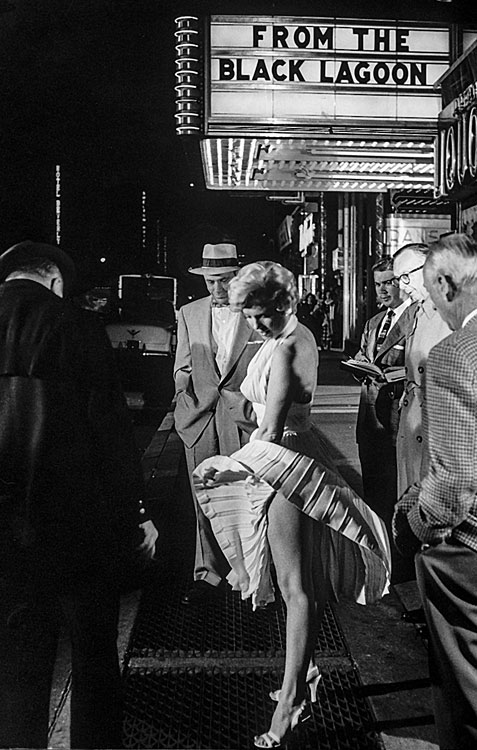 Opening of the Exhibition